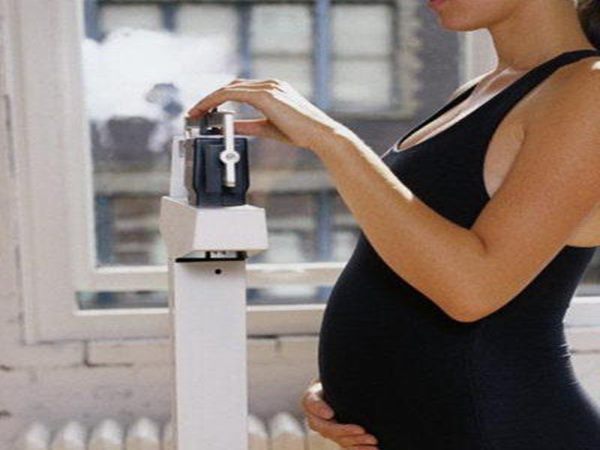 Women are always searching for new ways to achieve their idea of the perfect body. Fad diets, excessive exercise and starvation are just some of the extremes women will go to.

The notion of the perfect baby bump is a more sociable term for what is now known, by the media and some health professionals, as pregorexia.

It’s an eating disorder that occurs during pregnancy, when a woman tries to control her natural weight gain by excessive dieting and exercise – and in some cases laxative abuse and self induced vomiting.

In July this year, the Institute of Child Health at University College in London published the results of a study looking into the prevalence of eating disorders in early stages of pregnancy.

Of the 739 pregnant women who were surveyed, 7.5%, or one in 14, met the criteria for the diagnosis of an eating disorder in the first three months of pregnancy.

One in 12 women also said they felt guilty for overeating and felt a loss of control over the foods they were eating while pregnant.

Holly Griffiths, a 21-year-old UK woman, told Sky News she weighed 50.8 kilograms when she was eight months pregnant with her first son.

“When I first discovered I was pregnant I was terrified of having to gain weight again,” says Griffiths.

Dieting women are supposed to eat a minimum of 1200 calories a day to avoid putting their bodies into starvation mode. Pregnant women are advised to eat 2000 calories per day but Griffiths was only consuming between 800-1200 calories throughout her pregnancy.

“I know I have to eat for the baby, but it’s hard to push the voices away that are telling me I’m fat,” she says.

Her labour was induced at 37 weeks due to her unborn son cracking her rib and crushing her lungs because she was too thin and malnourished.

Dr Nadia Micali, of the UCL Institute of Child Health, who led the study, says that while babies born to anorexic mothers appear to be unscathed by the effects of low birth weights, the ramifications of delivering underweight babies can be realised later in life.

“Depression, attention problems, schizophrenia, and eating disorders themselves, have all been linked to low birth-weight, while diabetes, high blood pressure, obesity, cardiovascular disease, cerebral palsy, and visual and hearing impairments are among the physical conditions associated with low birth weight,” says Dr. Micali.

“The pressure to look thin while pregnant is somewhat propagated by some media outlets paying unnecessary and unhelpful attention to women’s bodies – such as the backlash seemingly directed at Kim Kardashian recently – while they are going through the normal body changes of pregnancy,” says Harry.

Headlines such as “6 LB weight gain!”, “I can’t stop eating”, “Plastic surgery while pregnant”, “I’ll never be sexy again” and “This baby is ruining my life” were standard pejorative remarks that Kardashian received for gaining weight.

Kardashian is one of a dwindling number of celebrities who let nature take its course for the sake of their unborn baby. It’s more common for a celebrity to look barely pregnant – with slim figure and a small baby bump – than it is to see those like Kardashian, who gain the recommended 10-15 kilograms and get treated like an out of control binge eater.

Eating disorder catchphrases are also not helping the seriousness of the mental illness, says Harry.

“Words like “pregorexia” are really unhelpful catch phrases, coined to garner attention, when the real and very serious issue is that some women struggling with anorexia nervosa, a very dangerous and deadly mental health disorder,” Harry explains.

It’s also important to note that women who are experiencing anorexia nervosa and fall pregnant will often be able to eat appropriately during the pregnancy so their babies are not harmed, but each case is different and needs to be treated as such.

“A pregnant woman with anorexia is not starving for two,” says Harry. “Mental health illnesses like anorexia are not a choice by the mother, or driven by aesthetics. They should be handled by the health care team with care, concern and, above all, a good knowledge of the complexity of illness’s like anorexia. Blaming the mother is a very unhelpful thing to do.”

Fortunately, pregorexia is rare. Research like the ICH study will play a significant role in removing the shame associated with the illness, allowing women to acknowledge the problem and seek help.