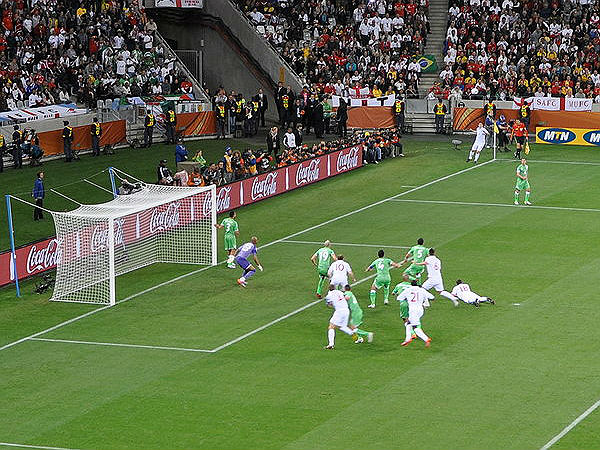 With the English Premier League finally announcing that goal-line technology (GLT) will be used for the 2013/14 season, the question is when will other tools that assist referees be embraced by the competition?

The decision came after GLT was successfully introduced at the FIFA Club World Cup in Japan, whilst the build-up of public pressure beforehand can be credited to a number of memorable incidents. The most notable of these being when England’s Frank Lampard fired a shot against Germany at the 2010 World Cup which deflected off the cross bar and bounced over the goal line, yet no goal was awarded.

Premier League communications director Dan Johnson said it would be mandatory for all matches in the 2013/14 season.

“We are in advanced discussions with two of the companies (Hawkeye and GoalRef) who provide the systems and we are working on the basis of having goal line technology in place for the start of the season,” says Mr Johnson.

“All clubs will have to have the system to ensure the universal integrity of the competition, including those who are promoted.”

Sometimes you just shake your head as a football fan and wonder how the referee made such an atrocious mistake.

Of course, fans are always biased critics and will always chastise referees when emotions are high. But there are occasions when a mistake has clearly been made, whether it is an offside ruling or a player going down without contact. Often, the referee’s view is simply obstructed or the sheer pace of the incident forces discretion – if not a guess.

If you ask many players, managers and fans, the implementation of goal-line technology has been a long time coming; the unreasonable expectation of the referee to call it correctly every time from an often compromising position has lead to many heartaches.

Meanwhile, many other prominent sporting competitions have successfully integrated technology into their respective games to help referees, umpires and match officials to call correctly.

In a fashion similar to GLT, both codes of rugby use a video referee to determine whether a try has been scored, which is used when a referee’s view is obstructed or inconclusive. Tennis matches now include a challenge-based scheme, where players have a limited number of chances to go past the linesmen and chair umpire and have the point decided by the Hawkeye system.

So while GLT is a step forward for one of the most popular football leagues in the world, the push should continue to other areas in which the game can be improved. However, FIFA is wary of technology entrenching itself too deep in football, and it is for the same reason that UEFA, the governing body of European football, has preferred the use of an extra official behind the goal at each end.

“UEFA and its president have made it clear on several occasions that we would not introduce goal-line technology in our competitions as we are completely satisfied with the additional assistant referees,” read a statement issued to CNN.

But despite the potential threats to a game loved by so many, it’s inevitable that the sport will have to adapt as the world changes, as it has successfully managed many times before.