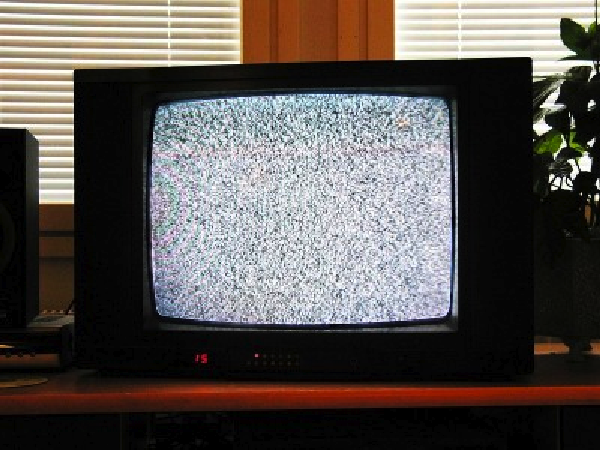 The news that Malcolm Turnbull will kill community television at the end of 2015 was as bizarre as it was tragic.

Besides awarding the occasional grants, the federal government does not contribute to the modest operations of community stations. Flicking the switch, and preventing any TV alternative alongside SBS, seems fickle.

Effectively, the communications minister has scrapped the primary feeder operation for commercial television in this country. It is as if the AFL has cancelled the under-18s competition or music teachers have done away with the awful-sounding but simple recorder.

Dave Lee is one half of The Silic & Lee Show  duo, which ran two seasons on Melbourne and Geelong’s Channel 31. He says Turnbull’s decision is “absolutely atrocious”. 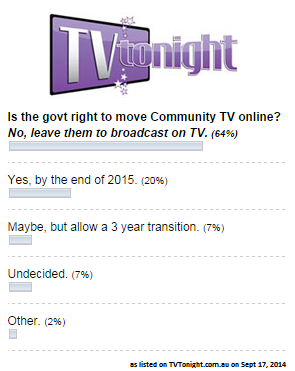 The chance Channel 31 gave him was an opportunity he believes he could not have experienced elsewhere.

“For The Silic & Lee Show, we were a completely independent production,” Lee tells upstart.

“Channel 31 basically gave us an unprecedented platform to showcase that work to an audience.”

“We weren’t confined to only showing our work to family and friends, but got to showcase it to the whole of Melbourne – or at least those who watched,” he says.

So does Lee see a move to the wilderness of the web as viable?

“For Mr Turnbull to say that moving Channel 31 to the internet will ‘deliver a wider audience’ is a complete cop-out and one massive crock,” says Lee.

“The average audience for Channel 31 is middle aged to elderly, which covers the entire age-range of people not so well-equipped with internet and technology.”

Even for the tech-ready audience, consuming community television on the internet has not been as appetising.

“At our peak on Channel 31, we were bringing in ratings averaging at 55,000 individual households per first-run episode… that’s a possible reach of 140,000 people per week,” says Lee.

“For those same episodes, on our YouTube page, we were averaging 20 views a week.”

Having invested in equipment to facilitate a switch to digital in 2010, community stations are understandably shocked that Turnbull has given just 15 months’ notice to cease operations in their current form.

The reason Turnbull’s announcement has been met with such wide condemnation is the rationale. The spectrum reserved for the sixth channel, in the government’s opinion, needs to be cleared before being sold to the highest bidder (up to $200m in the current market).

While a fourth commercial network is unlikely, Turnbull hinted that this sixth spot could be better used to allow current stations the space to experiment with more efficient ways of broadcasting. However, ‘efficient’ could very well mean more advertorial programming to pay for the prime stations.

On the internet, time is less of a factor and the pressure of producing a show at an exact time and to a deadline is greatly diminished. In the place where TV and film stars take their first steps before the leap to the big time, a change in platform will be a significant step away from commercial television.

“The skills I learnt and developed working on The Silic & Lee Show are invaluable,” says Lee. “It helped me hone my craft, discover what worked [and] what didn’t.”

“I made mistakes – big mistakes. But it’s the place to make those mistakes, lest you make them in front of the world stage.”

If feeder competitions that replicated the big stage were irrelevant, the Australian Rugby Union would not have bothered with the newly-formed National Rugby Competition. In dire need of a bridge between club competition and the international Super Rugby, the ARU designed the low-budget operation to allow its talent to ply their trade weekly at the big stadiums across the country.

Allowing its aspiring athletes to make mistakes and develop is an essential approach for our sportspeople, so why not our artists.

“Killing Channel 31, and the other community television stations in Australia is killing the ability of possible upcoming talent and aspiring filmmakers to refine their craft and showcase their material.”

Despite not landing a successful full-time job in his area of film, Lee does not regret his time at Melbourne’s community channel.

“I’m just glad I was able to get the chance to be a part of Channel 31’s incredibly talented family.”

Unfortunately, so many aspiring youth will not.

To support community television, sign the petition at Commit to Community Television