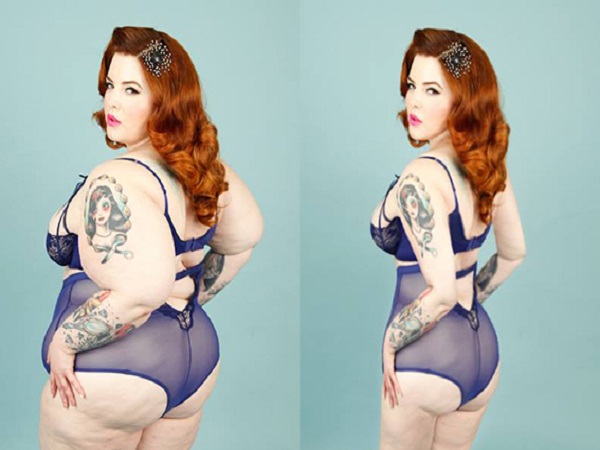 Project Harpoon was a social media campaign created with the intention to reveal people’s #ThinnerBeauty.

The project photoshopped images of women’s bodies so that they appeared thinner.

Celebrities such as Melissa McCarthy, Meghan Trainor and Rebel Wilson are among the women targeted by the campaign.

Creator of the page, Nick Baskins, told People magazine Project Harpoon was originally set up to show “both sides of modern beauty”.

“Our intention is not to harm, oppress, or ‘trigger’ anyone,” he said.

“We get dozens of messages a day talking about how our photos have inspired them to go to the gym and maintain a better lifestyle.”

Some women sent the page photos of themselves to be photoshopped, so they could see what they’d look like skinnier.

However, one of the page’s main targets, American plus size model, Tess Holliday, responded with calls to boycott the campaign.

“This kind of hit piece is exactly why I started #EffYourBeautyStandards,” she said.

“I am asking my followers to boycott this [page] and any others like it. Loving yourself is the most powerful message we all need to stand behind.” 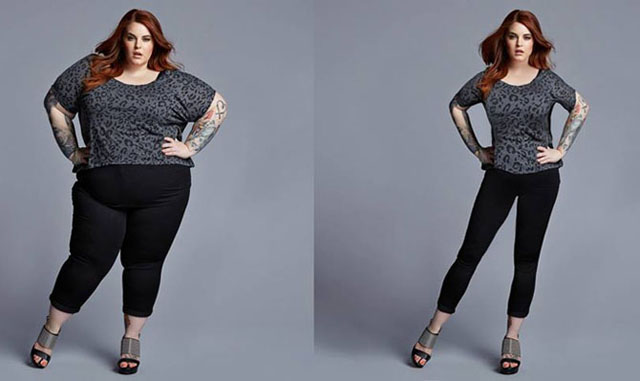 They were removed on the basis they breached their anti-bullying policies.

However, Project Harpoon’s page was merely part of a broader trend, #ThinnerBeauty, one that is still an active battlefield on social media.

The #ThInnerBeauty and #ProjectHarpoon hashtags are FAR from being body positive. They are disgusting and fat shaming.

While there’s been an avalanche of negative feedback to the movement, some have shown their support.

Some are concerned that overweight celebrities and models may be promoting an unhealthy lifestyle.

Fat acceptance is about accepting people of different shapes sizes etc. NOT being unhealthy and lazy and being happy about it #ThInnerBeauty

In a statement made about the campaign, Project Harpoon suggested that it’s inappropriate to accept all body types as ideal, when some might not be a healthy ideal.

“In current societal fashion, a recent trending surge of ‘pro-obesity’ and ‘fat acceptance’ have paved the way for many people to renounce exercise and personal healthcare in general,” they said.

“There is no concern for people’s well being; it’s just cyber-bullying at its worst which can have disastrous consequences,” she said.

In the same article author of If Not Dieting, Then What?, Dr. Rick Kausman, questioned the legitimacy of determining a person’s health by their body size.

“People come in all shapes and sizes and you can’t tell just by looking at a photo if a person is above their most healthy weight or not,” he said.

However, Baskins and the Project Harpoon group stand by their intentions.

“We also are fully aware of the complications that come with all body sizes and judging them,” a representative told Bustle.

“But sometimes someone has to step forward and make those subjective views known, for better or for worse, that someone is us.”

While the page might be damaging to the positive body image movement, it does send an important message about the importance of health over beauty.

However, in a culture already excessively filled with photoshopped images and demands that people should lose weight, it’s no surprise it’s been shamed for adding to the fat shaming chorus.

Feature image via: Style Has No Size.

Chloe Morris is a third-year Bachelor of Arts student, majoring in strategic communications. You can follow her on Twitter here: @ChloeHMorriss.

Further reporting by: Tijan Biner, who is a third-year Bachelor of Journalism student and the Culture & Lifestyle editor of upstart. You can follow her on Twitter here: @tijanb.