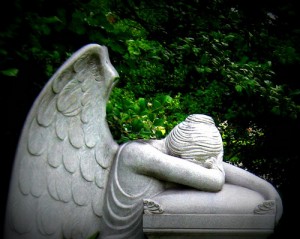 In July 2012, Molly Lord died in a quad bike accident at Kembla Grange, an hour’s drive south of Wollongong, New South Wales. While paramedics were trying to save the teenager, a photographer from the Illawarra Mercury was spotted on the Lord family property.

The photographer was taking pictures of the scene and a photo featuring two grieving women made the front page of the paper. One of these women was Molly Lord’s mother; her father had been contacted in Hong Kong by a reporter from the newspaper, however the father specifically asked that the family’s privacy be respected and to avoid splashing the story across the front page. Not only was this request ignored, the family’s privacy was again intruded upon by the media.

A short time after the teen had died her mother went outside to visit her child’s horse for some comfort. Overhead, a Seven News helicopter was recording footage – Molly Lord’s body was lying on the ground, covered by a sheet.

Later that night, WIN News aired footage of the mother sitting next to her daughter’s dead body.

These events triggered a social media firestorm, with many admonishing the media for their treatment of the family and the intrusion they made of the family’s grief. The story was analysed by Media Watch and the Lord family began to campaign for laws that deal with the media and how they report on grief.

Caitlin Bailey and Luis Charlambous are third-year Bachelor of Media (Communications & Journalism) students from the University of NSW. The pair were moved by the Molly Lord story and have started the ‘Protect Your Right to Grieve’ campaign. They are using the campaign to call for an agreed upon code of practice dealing with reporting on grief, which all Australian media outlets must abide by.

‘Protect Your Right to Grieve’ was actually started as a university assignment.

‘We had to choose a subject that we passionately wanted to change and start a multi-platform social media campaign to do just that; though for both of us, our campaign is about more than grades. We really do feel that in many occasions the media mistreats grieving people, in the name of the public interest,’ Bailey says.

Charlambous adds that the campaign is important as it deals with a part of the human experience that many can relate to.

‘I spoke to Wendy Thurling, a senior counsellor with the Australian Centre for Grief and Bereavement, and she said that grief is universal to all human beings, everyone experiences it. So, the notion of protecting your right to grieve is important to everyone. As journalism students, it’s important to look at the issue from the perspective of how to tackle reporting grief as you transition into the industry, so students like us should find our campaign interesting,’ Charlambous says.

Bailey and Charlambous are hoping for an ‘Australian-wide media agreement, where all media outlets would agree on what circumstances grief is acceptable in news reporting, and when it is not’. The treatment of the Lord family has acted as a springboard for the campaign.

‘The media treatment the Lord family received was outrageous. What struck me as particularly offensive were certain publications that published photos and the names of Molly and her sisters, even after Molly’s father, Peter Lord, had said no and before the Lord’s told their extended family,’ Bailey says.

While the reporting on the grief of Molly Lord’s family is used as an example of what the media shouldn’t do, Charlambous adds that sometimes, the media does get it right.

‘The tragic passing of Jill Meagher was one that touched everyones hearts, and her immediate family and friends were given the time and privacy to grieve over her death, without reporters intruding it. What differs between the reporting of Mrs Meagher’s passing and that of Molly Lord’s was that her family was given the time to grieve, whereas Molly’s death was broadcast for the world to see even before her immediate family found out. Some people are willing to be open about their grief with the media. The Lord family wasn’t given the chance to even consider that.’

The campaign is being powered online, with blog posts exploring ethics issues in journalism, and social media working to help engage a broader audience.  They are aiming high, but their immediate goals are to spread awareness, and to help trigger a change in attitudes about grief in the media. The hope is that the campaign will get the ball rolling toward more accountable journalism and that without the reliance on graphic images, Australian journalists will become more creative in their news making.