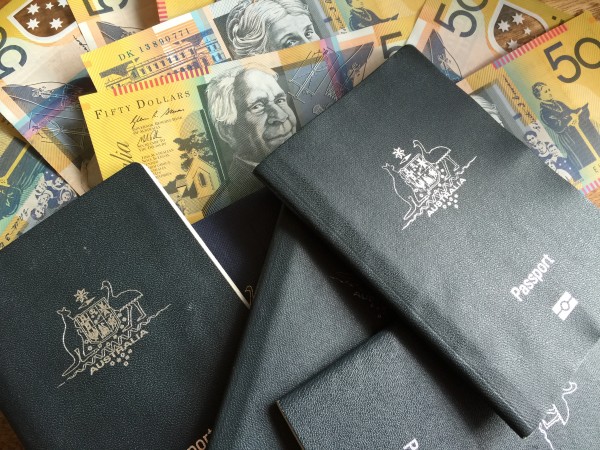 The Australian government may drop the skilled migrant scheme in favour of a new model allowing people to purchase Australian citizenship.

The government’s Productivity Commission is looking into the option as a way of bringing in billions of extra dollars in revenue. The proposal could also mean less public servants would be required to monitor Australia’s immigration system.

The announcement comes as a surprise to many groups following years of heated debate over immigration and asylum seeker policy.

It has been suggested that $50,000 would be the cost for an Australian passport under the scheme. The price would essentially be a way of getting around the requirement for immigrants to have specific skills or family members in Australia.

Liberal democrat senator David Leyonhjelm has expressed support for the bill, as well as the reintroduction of temporary protection visas for asylum seekers. “Australia does need more immigrants. It will lower our taxes and we might love [immigrants] a lot,” Leyonhjelm said.

But considerations extend beyond economic benefits, with questions being raised about legality and the impact on jobs and society.

David Wishart, an expert in citizenship law from La Trobe University, tells upstart that legal issues would only arise if the legislation was poorly drafted.

“There are distinctions in categories of being in Australia: residence, visa, citizen, et cetera. It is a mistake to conflate ‘citizenship’ in the legal sense with some idea of membership of Australian society,” he says.

Wishart explains that citizenship is about more than just a piece of paper. He highlights the importance of cultural connection and links to society.

“We need a variety of ways of becoming Australian, whether they because of need as refugees or that they have something to offer,” he says.

He says that “thinking of citizenship or residency as a property right or commodity” is not a positive approach to being a member of a community.

Despite the negative effects the new model could have on society and culture, Wilshart says it wouldn’t necessarily have a negative long-term effect on the economy or job market. “Markets, even for skills, have a habit of adapting,” he says.

The productivity commission has also looked at a HECS-style system for payments. This would allow some immigrants to enter Australia and pay back the $50,000 as they work and pay tax.

The Liberal government appears content with the current skilled migrants scheme for now, with Tony Abbott denying any intention to move to this model. This may change, however, due to a demand for cheaper labour and a strong focus on reducing government debt.

The Productivity Commission’s proposal may become more attractive if the Australian economy requires a boost in the future. Even still, the effects that this could have on Australia’s culture and society should be closely examined.

“The idea of selling citizenship rots the idea of society itself and this can only be damaging,” Wishart says. “We need a variety of ways of becoming Australian.”

Tam Kendi is a third-year Bachelor of Journalism student at La Trobe University. He is Politics & Society Editor for upstart. You can follow him on Twitter: @tamkendi.