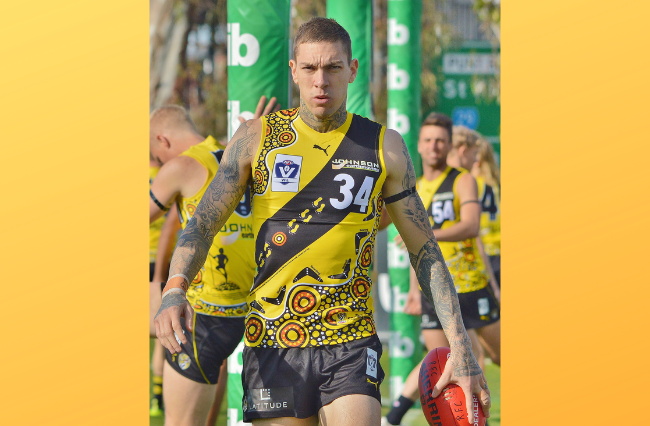 A Heidelberg footballer has been found not-guilty by the Northern Football Netball League (NFNL) after racially abusing Indigenous player, Kain Proctor on field

A two-and-a-half hour tribunal was held last Wednesday resulting in the accusation being declined by the League’s board prompting local Indigenous football figures to view this as another instance of the NFNL protecting their public image.

Kain Proctor, a Gunditjmara man, and son of former Richmond Tigers player, Lionel Proctor, took to social media the following day claiming he was not given any support by the league and felt that the issue had not been taken seriously enough.

“There has been no support or anything from the league and I feel this major issue isn’t taken serious enough and someone needs to take a stand on it,” he wrote on Facebook.

NFNL’s Chief Executive, Peter McDougall, told the ABC each player would be offered wellbeing support but that the evidence of the incident could not be substantiated.

Kain Proctor felt that he was made out as a liar following the hearing.

“This whole situation deeply frustrates and saddens me that this is still happening in not only our local leagues but society and should be dealt with very seriously,” he said.

Matty Parker took to Instagram last night saying he will “always be a proud Indigenous man”.

Photo attribution: Matt Parker by DustyNail available HERE  and used under a Creative Commons Attribution. The image has not been modified.