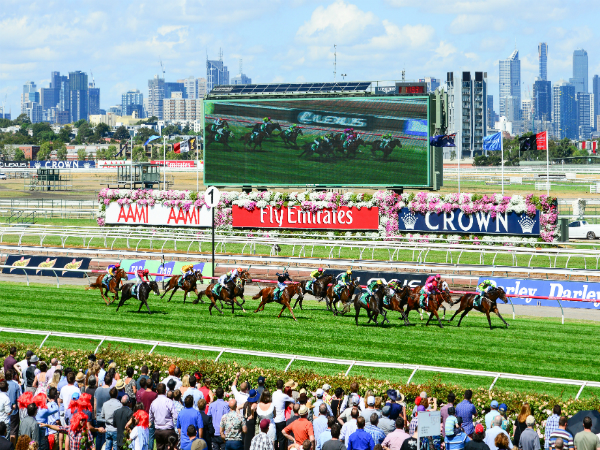 Racing’s Autumn Carnival begins this long weekend. It’s the off-season for one-off racegoers, but one of the highlights of the year for racing purists.

Three Group One races will highlight Saturday and ensure a mouth-watering day of racing in Victoria and New South Wales, and on Monday we will be treated to the Group Two Adelaide Cup and an entertaining card at Moonee Valley.

Flemington will host Saturday’s major race card in Victoria, with the A$505,000 Australian Guineas highlighting a cracking day.

The Australian Guineas brings together a very strong group of three-year-olds, with two fillies taking on the colts for a battle over the mile. Chris Waller’s Kermadec is current favourite and in fine form this prep. His last run–a third place in the Hobartville Stakes at Rosehill last month–reassured punters that there was no doubt about his return to form, which saw him win the Carbine Club Stakes over a mile at Flemington last spring.

Other races to keep an eye out for at Flemington include the Frances Tressaday Stakes for the mares, the Bob Hoysted Stakes for the sprinters down the straight and TAB Rewards Stakes 1400m.

With a small but quality field of seven, the A$600,000 Group One Randwick Guineas in Sydney headlines a strong card at Royal Randwick. With the scratching of Kermadec, who will now run at Flemington, the race seems to be a race of four.

Hallowed Crown, Shooting to Win, Scissor Kick and Sweynesse are four of the best three-year-olds in the country and all come out of the Hobartville Stakes. Hallowed Crown won the race, but all of their runs were full of merit and the market suggests that it will be a highly competitive Group One. Shooting to Win and Hallowed Crown are the current equal-favourites at A$3.10.

Also at Randwick on Saturday, the Group One Canterbury Stakes will shed a lot of light on The Championships, with seven of the nine runners resuming. Horses resuming in the 1300m race include stars Sacred Falls, Criterion and Royal Descent. The two fit and firing horses, Catkins and Cosmic Endeavour, are first and second favourites respectively.

The Challenge Stakes following the Canterbury Stakes, will be a fantastic display of quality. Famous Seamus, Rain Affair, Knoydart, Miracles of Life, Villa Verde, Rubick and Mossfun amongst others will all clash in what looks like one of the highlights of the weekend.

It will be a new challenge for Taiyoo, who will carry 59kg, giving weight to the rest of the field for his first run at the marathon trip. However, the honest horse is sure to give you a run for your money.

Moonee Valley also hosts racing on Monday due to the long weekend, and a competitive meeting has been assembled. Until then, all eyes go to Saturday – a day where the stars of the Autumn will be unveiled.

Conor Walsh is a first-year Media and Communications (Sports Journalism) student. Conor is passionate about sport and writing, and has completed a Diploma in Stud Management (Horse Breeding).