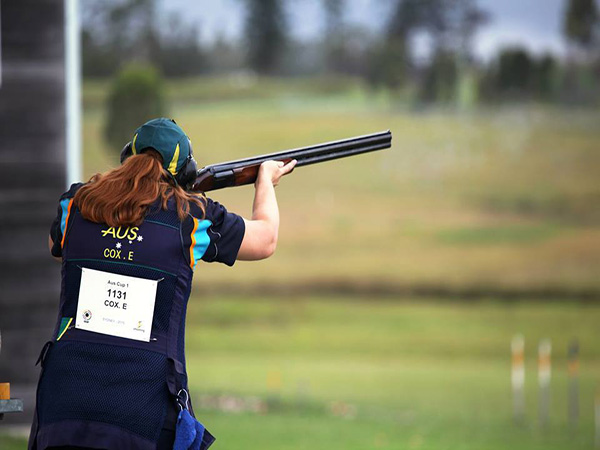 Emma Cox is competing in the traditionally male-dominated sport of shotgun shooting, and is doing so at an international level.

“Women today are doing heaps of things that were once thought as only being a man’s sport, like BMX riding, boxing, and driving racing cars.

“Times are starting to change and women are holding their own against the men,” she tells upstart.

The 22-year-old has represented Australia in a number of events around the world including the 2014 Commonwealth Games in Glasgow.

“I believe that there is a new face to International Olympic Shooting in Australia with Laetisha Scanlan winning the Commonwealth Games, Catherine Skinner placing in the World Championships and myself doing well in my events,” she says.

Clay target shooting demands high levels of determination and focus. In addition to the physical component of the sport, Cox had to mentally prepare for being filmed during the televised final of the World Cup.

“Everywhere I went was followed by a camera,” she says. “I had never been in a final at an event as big as this – I wasn’t used to these new distractions and it challenged my mental concentration and routine.”

Cox competed in the 2015 International Shooting Sport Federation (ISSF) World Cup in Cyprus along with 489 shooters representing 77 countries. The event took place from 26 April to 4 May, with ten Olympic quotas up for grabs in five events.

The Aussie was knocked out of the competition by Spain’s Fatima Galvez in a shoot-off for the bronze medal.

“Out of 76 world-class athletes I was able to finish fourth after a very close bronze medal match that I unfortunately lost by a target,” Cox says.

Cox gained a new ranking of seventeenth – an improvement on her previous ranking of thirty-fourth, which she gained at Al Ain, United Arab Emirates, after missing out on the finals by a single point. 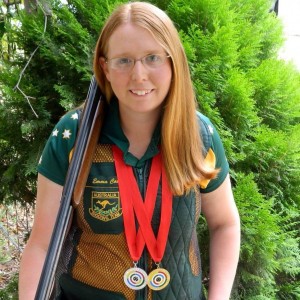 She is now preparing for the World Championship to be held in Italy later this year. To qualify for the championship, Cox must complete the selection rounds in Brisbane at the end of this month.

After the World Championship, selections will begin for the 2016 Olympics in Rio de Janeiro.

“It has participation across the globe and it is one of the original Olympic sports,” he says. “The international level of competition is administered by the International Shooting Sport Federation, and every year, a World Championship is contested. Men and women compete alongside each other as well as veterans and juniors.”

Mark is a retired professional athlete who won 34 Australian titles and is an Olympic Gold medalist. He is the first shotgun shooter in the history of the sport to hold all four of the world’s most coveted individual titles: the World Cup, the World Cup finals, the World Championship and the Olympic Games.

The athletes involved in shotgun shooting compete at an elite level, where sharp eyesight and lightening-fast reflexes are paramount.

“All that is required is a steady hand, good eyesight and nerves of steel,” Mark says.

The aim of the sport is to make contact and break a clay target, which is in the shape of an inverted saucer. Targets are usually black or fluorescent orange, but white or yellow targets are sometimes used to maximise visibility against differing backgrounds.

The number of cartridges in the barrel depends on the discipline.

Two cartridges are used in Olympic single-target Trap qualifying rounds, which then changes to one cartridge for final rounds. The target is also thrown at a faster pace than in non-Olympic Trap events.

Two cartridges are used in Olympic Double Trap, with one used for each of the two clay targets released from the trap house.

Olympic Skeet involves two throwing machines launching targets from differing heights, some as single targets and others as double targets.

With the Rio Olympics in the crosshairs, Cox is ready to showcase her talent against older and more experienced shooters from around the world.

The Games of the XXXI Olympiad will be held in Rio de Janeiro Brazil from 5 to 21 August 2016.