Geelong's Tom Hawkins was named captain of the All-Australian team, while a host of stars took home individual awards. 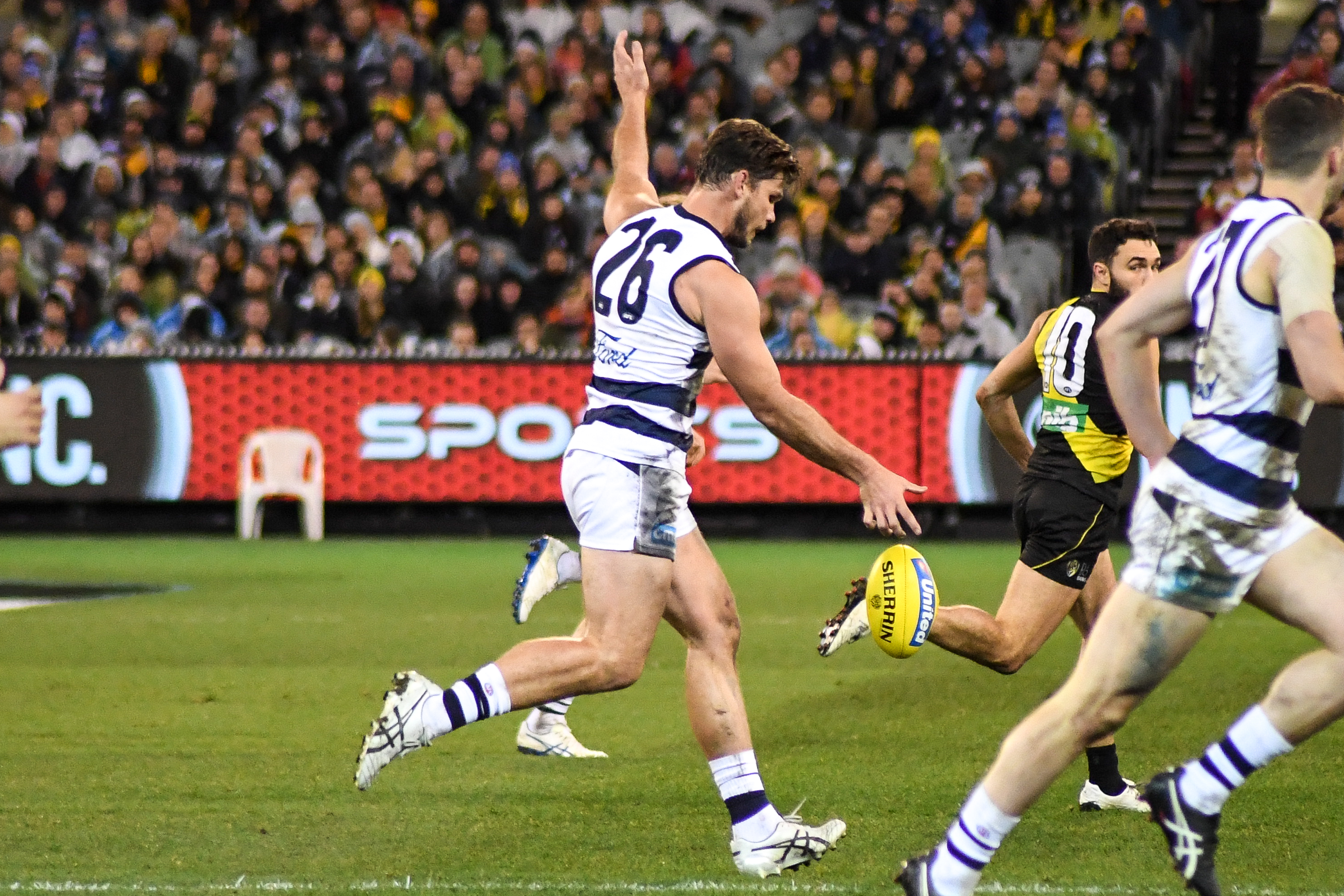 The AFL held their annual awards night on Wednesday, with stars from multiple clubs taking home some of the league’s most coveted honours.

The showpiece event on the program was the announcement of the All-Australian team, with Geelong Cats spearhead Tom Hawkins named captain.

It is Hawkins’ fifth All-Australian blazer and the first time he has been named captain of the side. Carlton skipper Patrick Cripps was named his deputy as vice-captain.

12 players were selected in the team of the year for the first time, with Tyson Stengle the story of the night. The Geelong small forward has booted 46 goals this season after making his return to the AFL following being traded by Richmond to Adelaide, before being delisted by the Crows for off-field indiscretions.

The 23-year-old has relished his chance at a third club and joins the All-Australian team alongside Hawkins, as well as Jeremy Cameron, Tom Stewart and Mark Blicavs, who also made the side for the first time.

Much like the Cats, Melbourne dominated selection with Max Gawn picked in the side for the sixth time in seven years, while Steven May, Clayton Oliver, and Christian Petracca also earnt their place in the team.

The much-debated team was revealed after a 44-man squad was announced on Monday night, with many deserving players unlucky to miss selection.

Hawthorn’s James Sicily was perhaps the most obvious non-selection after he was rated the number one key defender in the league this season. Collingwood young-gun Nick Daicos’ omission from not only the team, but the initial squad also raised eyebrows, after he averaged 26 disposals in his debut year.

The Magpie rookie was tipped as the favourite from both awards from the outset of the 2022 season, and didn’t disappoint as he has helped guide Collingwood to a top four birth.

He was the unanimous choice for the rising star, with Geelong defender Sam De Koning coming runner-up, while Hawthorn’s Jai Newcombe rounded out the top three.

One of the league’s most coveted awards, the AFL Coaches Association Champion Player of the Year, ended in a tie, with Gold Coast midfielder Touk Miller and Melbourne’s Oliver sharing the spoils.

Oliver claimed the award for the second year in a row, while Miller topped off his stellar season with selection on the wing in All-Australian side as well.

Fremantle star Andrew Brayshaw took home the AFL Players Association MVP award, with the 22-year-old tipped as one of the favourites for this year’s Brownlow medal. He also became an All-Australian for the first time on Wednesday, named on the bench alongside Blicavs, Port Adelaide’s Connor Rozee and Sydney superstar Isaac Heeney.

Other honours for the night went to Collingwood veteran Scott Pendlebury for best captain, Richmond tough-nut Liam Baker for most courageous and Carlton forward Charlie Curnow who claimed the Coleman Medal with 64 goals.

Tom Hawkins kicking by Flickered is available HERE and used under a Creative Commons license. The image has not been modified.