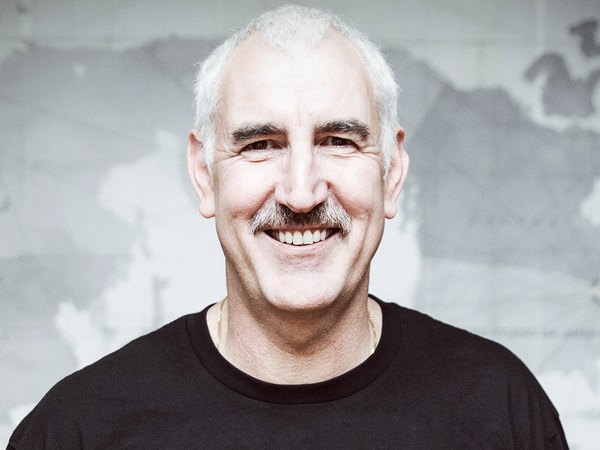 Since beginning in 2003, Movember has risen to become pre-eminent among month-long self-improvement causes, using facial hair as a Trojan Horse to stimulate conversations about men’s mental and physical health.

While the Movember Foundation’s resolve – and ability – to change the quality of life for men remains strong, their approach to achieving this is always evolving.

Paul Villanti is Executive Director of the Movember Foundation, while John Ashford is a Bayswater Man who has raised more than $10,000 in seven years as a ‘Mo Bro‘. Here they reflect on a now well-established movement in the Australian social calendar.

What did you hope Movember would become when it started?

When we began in 2003, we set ourselves the ambition of changing the health system to improve the lives of men. We know that men don’t like to or don’t want to access health services, or take any action when they’ve got problems in the same way women do, whether that’s because of pride or something else.

And yet, health systems aren’t designed with gender differences in mind. So if we’re really going to make in-roads into difficult problems such as the suicide rate in Australia, we’ve really got to take what we would call a constructive-disruptive approach – where we work with key stakeholders to take bold new initiatives.

Tell me more about Move in Movember.

This year the Foundation is introducing a new initiative. We’re trying to get people to exercise for 30 minutes in each of Movember’s 30 days. The ‘Mo’s Sistas‘ have been pushing us for a few years to make it easier for women to participate in Movember, and that’s what Move is all about. The focus is also on everyone doing a bit more physical exercise every day. Just do a bit more than what you’re doing at the moment, and that’s how we can start that behaviour change.

So what are some of the current men’s health problems you’re trying to solve?

Well, we’ve still got about 2,500 Australians dying by suicide every year, of which 75 percent are men, so that’s a huge problem for Australian blokes when one in eight will experience depression in their lifetime. Roughly 70 percent of that number go nowhere near a clinical environment before taking their own lives.

And how are you going about changing that?

There are a number of initiatives we’re currently funding in Australia that are focused on developing new approaches to support men and women when they have self-harmed or had suicidal thoughts, and don’t then seek professional help.

Just for example, New Access is aimed at providing mental health support services in a community environment, where studies show people are more comfortable in engaging with rather than in a clinical environment where they’d be concerned about stigma. That’s currently being trialled in three states using Movember and Beyond Blue Funds. We hope, if it proves itself, it will provide an opportunity for a lot more men to access the support that they need in an environment they’re more comfortable in.”

Has it been harder to get people involved in Movember given growing facial hair has come back into fashion in the last few years?

Yes, that’s definitely been a strategic challenge. There’s no doubt with the hipsters movement of a few years ago and then more recent times with beards, that facial hair trends have changed in many respects. Movember’s probably contributed to those if we’re being totally honest. But look, Beards are so 2014 now, so the strategic threat of beards has passed us and once again the moustache is coming out in force.

Have you seen a change in the attitudes of men towards their health in the 13 years Movember has been in action?

I think there’s a greater level of understanding, now than ever before, around the fact that men need to take more ownership of and responsibility for their health. And Movember is kind of uniquely placed within Australia and more broadly to support the needs of men. If you look at the headline numbers, men live on average four years less than women. There’s no biological explanation behind that, so it’s a matter of men having conversations about their health and taking action, and Movember tries to serve as a month-long platform for that.

Tragically suicide is the leading cause of death for Aussie men aged 15-44 years. This is why we Mo. #Movember pic.twitter.com/rl5R3oSQiP

How many years have you been involved with Movember for?

This is my seventh. Back in 2009, I was struggling pretty badly with depression at the time and my psychologist was really encouraging me to try and mix up some things in my life. So she was saying a good way of getting out of a rut was to mix things up and do something different and that was kind of how my Movember journey started.

You’re very vocal on mental health these days, but how long after you started fundraising did you find you could talk about your depression publicly?

I think I did Movember for three or four years before I even mentioned any link between why I was so passionate about it and my history with mental illness. It’s probably something I look back on now with a little bit of regret, a bit of shame about it – I think there’s still a lot of stigma round mental illness, like it’s seen as a weakness. Being someone who doesn’t publicly talk about my emotions too much, I didn’t really talk about it until I got into a better headspace. But since then I’ve enjoyed having conversations about depression and why I’m passionate about Movember.

Any good stories from your time training to run long distances?

I’ve got a story that’s more sad than good, actually. I was fit and ready to go, and 9 days before, after 10 months of preparation, I completely ruptured my ACL in a fun game of basketball and had to have a full knee reconstruction. So I was pretty shattered. I was in the best physical fitness of my life, was mentally prepared, and the to have to sit at the finish line and watch my mate complete it was a bit challenging. But I guess it made me more hungry to get back out there and achieve that goal of the marathon.

So this’ll be your first competitive run since the reconstruction?

Yep, I’ve actually got a basketball game on nine days before the run, so fingers crossed I’m luckier this time.