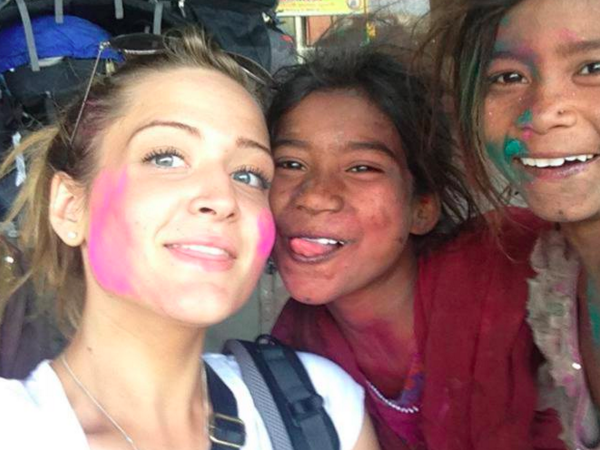 Just over a week ago, many Melburnians reflected on the horrific death of Rekiah O’Donnell.

Rekiah was only 22-years-old when she was fatally shot by her boyfriend, Nelson Lai, in October 2013.

They had been dating for little over a year when she became victim to domestic violence.

Rekiah’s brother, Jesse O’Donnell, spoke to upstart about receiving the Young Pride of Australia Award for his efforts in raising awareness about domestic violence.

“I am trying to stop domestic violence and make these criminals accountable for their actions,” Jesse says. 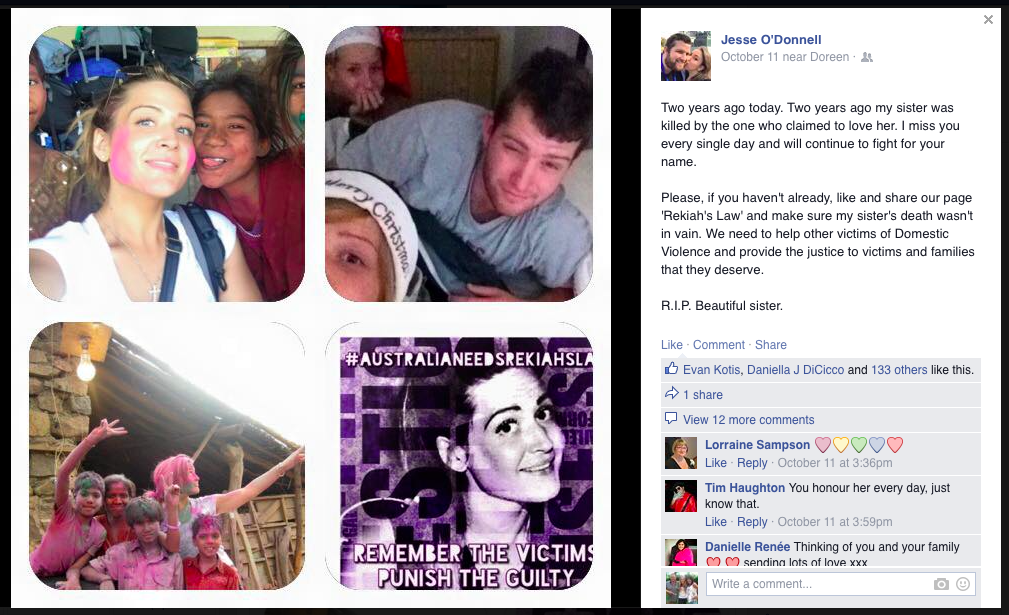 A mitigating factor was that he was high on ice when he shot Rekiah, but Lai also had a history of violence.

Jesse is furious at Australia’s justice system, and feels that Lai was let off too lightly.

This inspired him to start the campaign, Rekiah’s Law, which aims to highlight areas of the judicial system that may be too lenient.

“Rekiah could have had 70 plus more years to live and now Nelson could be out in five years for taking 70 years of somebody else’s life? It’s just not good enough,” Jesse says.

Since capital punishment was abolished in Australia in 1967, the maximum sentence for murder is life imprisonment, which equates to a non-parole jail sentence of 25 years.

“It’s infuriating when you hear about, especially cases like that where they have a violent history, how the courts can let them walk free on the streets,” Jesse says.

This October marks two years since Rekiah was killed, and Jesse says he feels as if his efforts are just another stepping stone in preventing domestic violence.

According to a recent report by the Victoria Police, reports of domestic violence increased by 5.7 per cent the year Rekiah was shot.

New South Wales police domestic and family violence spokesperson, Mick Fuller, told The Sydney Morning Herald that he doesn’t think domestic violence is looked at in line with other crimes.

“It’s a disgrace, it’s an absolutely cowardly act,” he said.

Politics reporter, Emma Partridge, reported in the article that: “Just as drug addicts and alcoholics receive treatment; perpetrators will undergo mandatory behaviour-change programs in an attempt to change their views on women, power and relationships. Before, only men who had been jailed for a period of about nine months were made to undergo such programs.”

The federal government has recently raised the issue of domestic violence in parliament.

In September, Prime Minister Malcolm Turnbull said that Australia must become a country that respects women, to end the national shame of domestic violence.

He also announced a $100 million package to prevent, and deal with, domestic violence.

Jesse says that even though his efforts won him the prestigious award, there are many other campaigns that exist with the intention of stopping domestic violence.

He didn’t imagine that he’d be worthy of such an award.

When Jesse won the award, he said that it wasn’t just for himself, but for everybody who is campaigning against domestic violence.

“I feel privileged to be fighting for something different from the rest of them, but together if all of our campaigns succeed we will put a stop to domestic violence.”

You can view the Rekiah’s Law Facebook page here.

If you, or anyone you know, is experiencing domestic violence or any form of abuse, please visit the DVRCV website, or call 1800 RESPECT.