Over 30 level crossings have already been removed since Daniel Andrews became the premier. 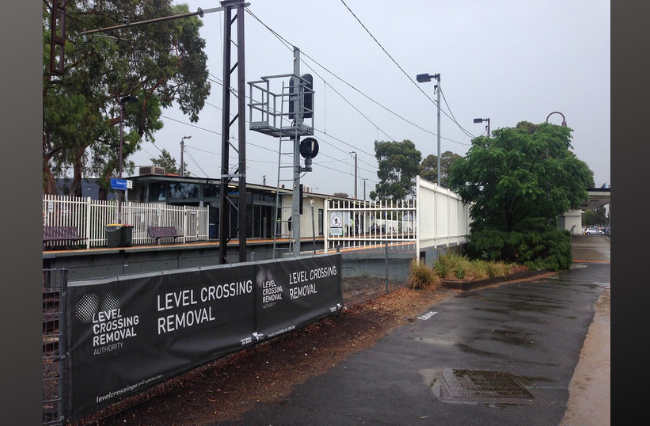 Acting Victorian Premier James Merlino has announced that the new Reservoir Station will be completed before Christmas.

The High Street level crossing, that is noutoriously known for being congested and dangerous, will also be removed by mid-December.

There has been over 20 near misses, three collisions and one fatality at the level crossing in the last decade, the most recorded incidents at any level crossing in Northern Melbourne according the a 2014 VicRoads report.

Trains are expecting to start running through the new precinct on Monday 16 December.

Merlino outlined the many benefits that both the new station and the level crossing removal will bring to the Reservoir area.

“The removal of the level crossing means the six boom gates – previously down for up to 24 minutes during the morning peak – will never again hold up traffic at the intersection used by 36,000 vehicles each day,” he said.

“It will also benefit local businesses, who continue to receive targeted support from the project during the disruption.

“We said we’d get rid of this notorious bottleneck in the heart of Reservoir and that’s exactly what we’re doing.”

Busses will be replacing trains on the Mernda line throughout most of December in order to demolish the old rail tracks and platforms while minor works around the station will continue into 2020.

Labor’s level crossing removal project will continue to impact the Mernda line in the near future with plans to upgrade both Preston and Bell stations already approved.

Photo: View of Reservoir Station platforms from north-west corner by Philip Mallis available HERE and used under a Creative Commons Attribution. The image has not been modified.