Experts say just because Rio Tinto has the legal right to mine heritage sites, doesn't mean they should 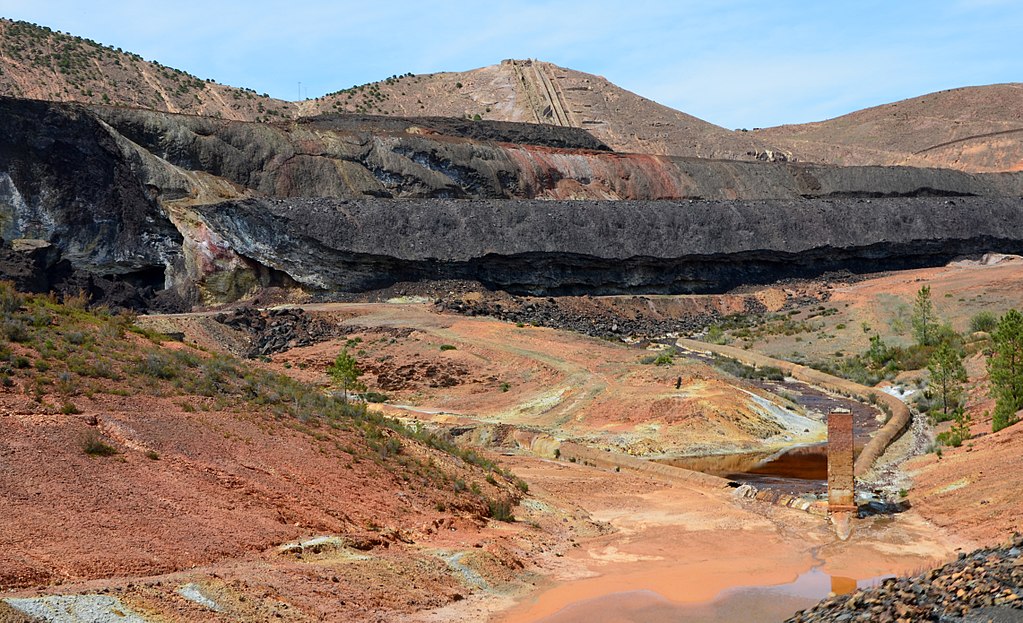 Details have emerged on World Environment Day today, that Rio Tinto knew six years in advance of the cultural significance of the 46,000-year-old heritage site they destroyed in a mining demolition in Western Australia’s Pilbara region last month.

Greens leader Adam Bandt has called for Rio Tinto Iron Ore Chief Executive Chris Salisbury to resign or be sacked following an interview with broadcaster Hamish Macdonald on Radio National Breakfast for describing the mining of the heritage site as a “miscommunication”, and expressing regret over backlash rather than remorse for destroying the caves.

“Rio can’t wash its hands and move on. They can’t walk away from this. Responsibility rests at the top,” Bandt tweeted.

Following the destruction of the caves, many asked how it was possible for the Rio Tinto to gain approval for the mining operation. A spokesperson for Minister for Environment, Sussan Ley, told the ABC that the Pilbara demolition “was subject to state approval and the sites did not come under the jurisdiction of the EPBC Act at any time”.

“No application has been received under the Aboriginal and Torres Strait Islander Protection Act 1984 for the sites to be considered which would have been the only way to involve the Commonwealth Minister for the Environment,” the spokesperson said.

But Hamish Macdonald tweeted that interviews conducted on Radio National Breakfast found that “lawyers for PKKP traditional owners of the Juukan caves DID follow instructions from Ken Wyatt and got in contact with Enviro Minister Sussan Ley.”

They claim they did not receive a response from Sussan or Wyatt.

The ABC revealed that advice delivered to Rio Tinto and the Puutu Kunti Kurrama and Pinikura (PKKP) Indigenous people six years ago was never publicly released.

A 2014 report by archaeologist Dr Michael Slack confirmed one of the sites that weas blasted, the Juukan-2 (Brock-21) cave, was rare in Australia and unique in the Pilbara.

Walkley Director Karen Percy criticised Salisbury for refusing to concede it was the wrong thing to blow up the ancient, sacred caves at the Juukan Gorge.

"We're taking accountability" Rio Tinto's Chris Salisbury tells @hamishNews on @RNBreakfast – the wording is so awkward. Destroying a significant Indigenous site might have been legal, but it shows that what's allowed by the law, is not necessarily right.

Salisbury said in a statement on the issue that Rio Tinto “will continue to work with the PKKP to learn from what has taken place and strengthen our partnership”.

“At Juukan, in partnership with the PKKP, we followed a heritage approval process for more than 10 years. In 2014 we performed a large-scale exercise in the Juukan area to preserve significant cultural heritage artefacts, recovering approximately 7,000 objects,” Salisbury said.

But the recovery of 7,000 objects of cultural significance seems to indicate an awareness of the importance of the sight after receiving the archaeological report by Dr Michael Slack.

In 2015, Rio Tinto even funded a documentary called Ngurra Minarli, which means ‘In Our Country’. The ABC says the documentary featured PKKP traditional owners expressing concern about protecting the remaining cultural sites in the area, including the Juukan rock caves.

This is only the latest backlash for Rio Tinto after being accused of being responsible for “multiple human rights violations” after its Panguna mine on the island of Bougainville left people with a dangerous legacy of poisoned water, polluted fields and a ruined river valley, according to the Human Rights Law Centre.

But what has been the Western Australian Government’s response to the destruction of the Pilbara heritage site?

The Western Australia’s Government has ruled out further protections for Aboriginal heritage sites at risk of demolition. WA Aboriginal Affairs Minister Ben Wyatt is currently reviewing the Aboriginal Heritage Act, including the controversial Section 18, which legalises the destruction of Aboriginal sites.

But the ABC reported that Wyatt has rejected calls for a moratorium on any further mining activity already granted under the act.

“We won’t be doing a moratorium because I think that would simply cease activity, whether it be Main Roads activity, for example, that doesn’t have any contention, or even just local governments putting in work around rivers and creeks,” Mr Wyatt told 7.30.

This is part of the reason why it's been so hard to update the Heritage Act over the years. People in their corners with no capacity to negotiate. If you don't agree, you are corrupt or guilty. https://t.co/mqYGFzqaOh

There have been 463 applications to impact West Australian Aboriginal heritage sites on mining leases under Section 18 in the past 10 years. None have been rejected.

Professor Marcia Langton, a descendant of the Yiman and Bidjara nations, and the Foundation Chair of Australian Indigenous Studies at the University of Melbourne since 2000, told Mining Technology that an apology is not enough and that there is a strong case to be made that Rio Tinto breached the understanding of its agreement with traditional owners.

“Rio Tinto claims that it had the legal right to destroy these caves under Section 18 of the State’s Aboriginal Heritage Act,” Langton said. “Long criticised for its role in a string of vandalous destruction of Aboriginal sacred sites and human occupation sites of great antiquity, the Act may be reviewed by the government in Perth.”

“Other sites that have been desecrated and been destroyed include areas of the Burrup Peninsula, also in the Pilbara.”

“As important as they were to the Aboriginal traditional owners, their significance for further understanding of deep human history is a matter that was wilfully ignored by Rio Tinto. Even a schoolchild with a modicum of historical knowledge understands this loss.”

Photo by Gzzz available here and used under a Creative Commons Attribution. The image has not been modified.