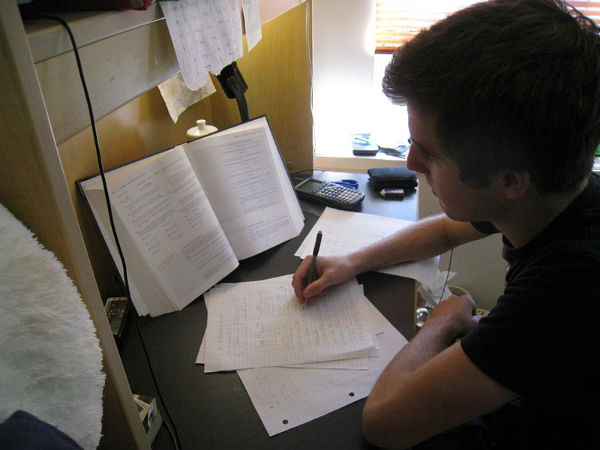 The budget cuts made by the Gillard Government to the tertiary education system may not change a person’s ability to attend university, but that doesn’t mean it won’t change the quality of their learning.

On Saturday Prime Minister Julia Gillard announced the National Plan for School Improvement; an education improvement package based on the core recommendations of the independent Gonski review.

The budget cuts to tertiary education come as a means of financing this $14.5 billion, six year plan to improve Australia’s primary and secondary education system; particularly in terms of public schools.

But where does this leave university students?

“It is therefore vital that we get this right for the future. That we are increasing funding for schools, not cutting it,” she said.

But isn’t this what the government are essentially doing to tertiary institutions? Funding one facet of the education system they claim is so important by taking from another?

The prime minister also spoke about the importance of paying special attention to those with learning difficulties, disabilities and language barriers.

Do these problems suddenly go away after a person reaches the age of eighteen? Of course not. While strengthening the education of a student at the youngest age possible is a smart and logical idea, it doesn’t mean these challenges won’t still be apparent for some by the time they reach university.

The efficiency dividend of 2 per cent that’s being implemented (900 million dollars of the cuts) will not come without an even greater price.

While the government has stated that this will not impact lower-income families’ ability to attend university, there are concerns about the declining learning quality that could result; particularly in relation to this efficiency dividend of 2 per cent for 2014 and 1.25 per cent for 2015.

Executive Director of the Regional Universities Network, Caroline Perkins told the ABC News of how this could impact smaller universities outside of the metropolitan areas.

“Anything that impacts our funding will really impact on the ability of a regional Australia to catch up in terms of higher education and productivity innovation.”

Other cuts will be made by way of converting the student start-up scholarships to HECS loans (saving $1.2b) and by removing the 10 per cent discount provided for paying fees upfront.

Infrastructure and Transport Minister Anthony Albanese was probed by Meet the Press about the issue on Sunday, denying that this was a means of raising money for the Gonski project without severely damaging their electoral chances.

“We are making savings including some in the tertiary education sector but you’ve got to put that into context,” he said.

“Even with these changes funding to universities will increase from $13 billion today to $16 billion over the next three years.”

The Gillard Government is hoping that this $14.5 billion dollar investment into primary and secondary schools across the country will lead the Australian education system to be among the world’s top five in reading, numeracy and science by 2025.

This investment at the expense of further education has been received critically by Universities Australia when considering that, in terms of GDP, the country is now ranked only 25th out of 29 advanced economies for public investment in universities.

“If [the government] want the education system to be better, the answer isn’t going to come by strengthening one part of education by means of weakening another.” She said.

“That just doesn’t make sense to me.”

Many others, including journalist and academic Julie Posetti have turned to social media outlets like Twitter to express their outrage at the education cuts.

There’s no doubt that the education system in Australia could use some improvement. But one aspect of this should not come at the expense of another.