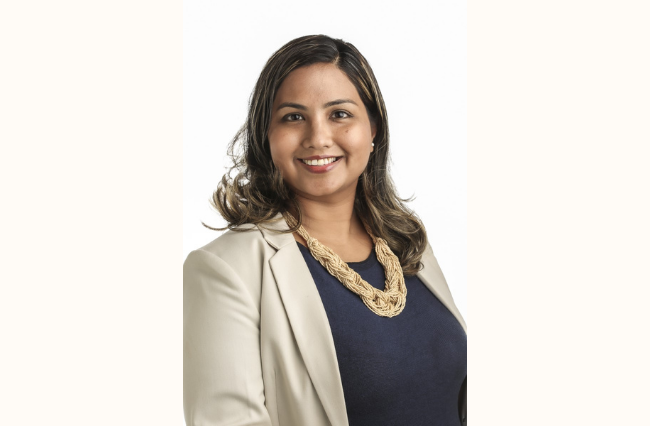 In 2012, Ruchika Rawat was a new mother and physiotherapist living in Dehli, India, where she was born and raised. Although her husband, who worked in informational technology, was eager to emigrate with the family somewhere else for work, Rawat was content on them continuing to live in the city that she called home in their “little family cocoon.”

However, her mindset quickly shifted when a physiotherapist intern, Jyoti Singh, was kidnapped on her way home from watching Life of Pi in a Delhi cinema and gang-raped by six men on a bus. Rawat says this was very emotional for her.

“The gang rape case shook my feeling of comfort and safety in my motherland and made me question the safety of girls and women in the capital city of Delhi,” she tells upstart.

A UN supported survey found that 95 percent of women and girls in Delhi feel unsafe in public spaces. After this rape case, Rawat told her husband that it was the right time to emigrate. The pair chose to move to Australia because it contains all the seasons, which was attractive to them.

Rawat landed in Melbourne for the first time in January 2015. It was a new year and a new beginning for her and her family, which grew to four members after she gave birth to a second child in Australia.

She recalls the immigration officer at the airport flicking through her passport because they arrived on a skilled migrant visa as permanent residents.

Rawat was delightfully surprised by the variety of food in Melbourne had to offer. She was also shocked to discover the high levels of multiculturalism within the capital of Victoria. She knew that relocating to Melbourne had been the right decision.

“To be honest, I was not expecting this level of diversity here,” she says, “when I moved, I found it a very warm and welcoming place, which is what I love about Melbourne.”

Rawat now works as a project lead at the Transport Accident Commission. But when she arrived in Australia, she went from working full-time as a professional physiotherapist in India to becoming a stay-at-home mum. She says she found adjusting to this lifestyle change difficult.

“All of a sudden, I was staying home doing nothing and not earning, so … I know how frustrating it can be when you have all these skills and education and not being able to put them to use, you just feel like you’re rusting away,” she says.

In this period, Rawat noticed a gap in the market for mothers accessing affordable and reusable nappies, so her passion for environmental sustainability led to her starting her own online retail store called “Roo and Joey” for reusable cloth nappies and maternity clothing.

According to Sustainability Victoria, 3.75 million disposable nappies are used each day in Australia and New Zealand and take around 150 years to break down. Rawat says that she began this business because there are millions of disposable nappies that end up in landfills every day.

“That’s so much burden on our earth and our precious planet so that’s what motivated me to start up this business,” she says.

The business led her to getting involved in the Aus Mumpreneur group which is an organisation targeted towards stay-at-home mothers who are running an online business from home to help them become self-dependent.

Rawat is also passionate about female empowerment and says it’s important that women can be financially independent.

“So, they can make their own decisions and have more of a say in the family,” she says.

Although Ruchika Rawat doesn’t run “Roo and Joey” anymore, as she is too involved in her job and non-profit organisations, she pitched her business idea to Hodson’s Bay. They saw great value in it and are now running a trial offering sustainable nappy rebates. She says she feels very empowered, content and satisfied when she is able to make a positive impact on the environment.

“It’s really good when you have an idea and act on it to bring about change, even if it’s at a small level, we can do our bit for the environment,” she says.

“I’ve always believed I need to be the change that I want to see in the world.”

Even now, one of the focuses in her work at the TAC is to highlight opportunities where the company could do more for culturally and linguistically diverse clients

“Seeing this kind of representation is really vital for us.”

Photo: This image has been supplied by Ruchika Rawat.

Article: Savannah Pocock is a third-year Bachelor of Media and Communications (Journalism) student at La Trobe University. You can follow her on Twitter @Savannah_Pocock