Rudi Ellis has loved her time with the Vixens, but she's just as excited for her Firebirds future. 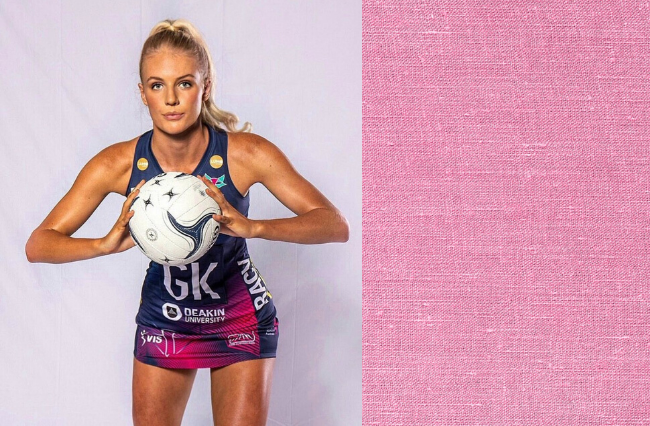 While Rudi Ellis has loved her three years with the Melbourne Vixens netball team, she is excited for her upcoming season with the Queensland Firebirds. The talented netballer signed with the team towards the end of 2019.

“I was flown up to Brisbane to meet everyone and do a training session with the team and found out that they wanted to offer me a contract that very night,” she told upstart.” It’s very cool to get a spot with the Firebirds.”

Following a successful year as a training partner with the Melbourne Vixens and participating in a grand final win with the Victorian Fury, Ellis took a well-deserved holiday in England. Although it’s a long way from Melbourne to England, Queensland Firebirds’ newest recruit is no stranger to travel. who has spent a lot of time relocating between states and even countries, due to her father’s job as a stell worker.

“I grew up overseas,” she said. “I was always in Australia in between, but I also lived in India, China, Malaysia, Sri Lanka and Thailand. We lived in so many different countries growing up,” Ellis said.

Ellis was continuously surrounded by sports while studying at Pymble Ladies College in her high school years.

“I really am very competitive myself, so I love going out [on to the court], doing my best and trying to beat my opponents and I think I thrive off that competitiveness,” she said.

“I’m a pretty tall girl and always loved sports growing up and I went to boarding school while growing up, so I was always surrounded by sports like basketball, athletics and netball.”

Her initial love for netball begun in boarding school after she agreed to support a friend who wanted to try out for the schools’ team. Ellis instantly fell in love with netball and hasn’t looked back since.

The resilience she learned young, moving from place-to-place, would also be important for her endeavours with the Melbourne Vixens, which once again saw Ellis move from her home state of New South Wales where she had originally been training with the NSW Swifts.

Following her move from Sydney to Melbourne, she was given the opportunity to work with the Vixens.

“It was definitely challenging to start with. I haven’t lived at home since I was little. But leaving all my friends in Sydney was really hard,” she said.

Despite the difficulties she faced transitioning in another state, she is grateful for the Vixens for their support for her netball career.

“They have helped me loads. Like Simone [McKinnis] and Di Honey, they’re amazing coaches and all of the training I had with them helped me a lot as a netballer. And being involved with the Victorian Fury helped this year too to develop those skills I was learning at the Vixens,” Ellis says.

“Rudi and I train together often and defender together in the circle. She plays keeper and matches well with tall goalers as she’s got a good vertical jump and leg strength,” she said.

Off the court, Ellis’ passion for sports goes beyond netball. Although aspiring to make it on the national netball team, Australian Diamonds and be successful in Suncorp Super Netball, she is also hoping to pursue sports media post netball. She’s currently in the process of completing a Bachelor of Communications at RMIT university and hopes to work with some of the biggest sporting codes in the country.

“I would love to get into working with the NBL and basketball or somewhere in the AFL doing sports media, social media and journalism as that would definitely be my career goal post netball,” she told upstart.

While it may be a long time until she has to think about life after netball, she’s already done media work with the Western Bulldogs, Netball Victoria and the Melbourne Vixens, which she admits is a great experience.

Although listing her signing with the Firebirds as one of her biggest achievements in her career so far, she hopes that she can start off 2020 with a bang and make her debut as soon as she can.

“I’m really excited for the season ahead with [Queensland],”she said. .

“I’d definitely wanna try to take the court with the Firebirds. I’d love to be a starting player, but obviously I got to take it as it comes and try to get on the court to start with.”

Photo: Used with the permission of Matt Treeby