Mariupol is set to be even more heavily bombed if deadline is not met. 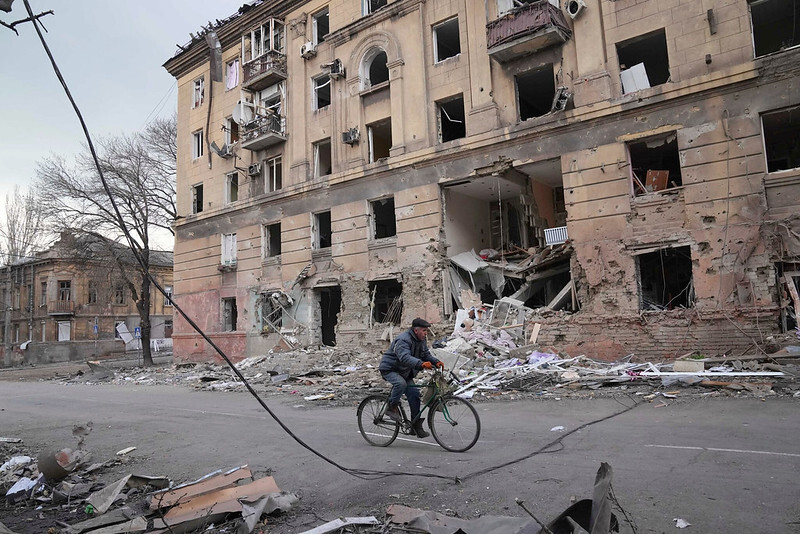 Russia has set a 5am deadline (1pm AEDT) for Ukrainian forces to surrender in the eastern port city of Mariupol today.

Mariupol has been one of the heavily bombarded cities in Ukraine since the Russian invasion on February 24, with over 400,000 residents trapped in the city with little to no food or water, according to Al Jazeera.

Colonel-General Mikhail Mizintsev, the director of the Russian National Centre for Defence management, said a terrible humanitarian catastrophe has developed.

“Those who lay down their arms are guaranteed safe passage out of Mariupol,” he said.

Mizintsev said Russia has evacuated 59,304 people out of Mariupol, but 130,000 civilians remained hostage there. He said that 330,686 people have been evacuated from Ukraine by Russia since the start of the “operation”.

The Mariupol City Council reported that thousands of residents have been taken to Russia against their will, particularly to remote cities in the country.

Citizens of Ukraine are being checked, interviewed, and even demanded their smartphones be unlocked, according to OVD-Info, a humanitarian organisation.

The Ministry of Internal Affairs and the Federal Security Service (FSB) were ordered to check on all Ukraine citizens living in Moscow.

A student told OVD-Info that an FSB officer asked if they go to rallies or if their friends go to meetings.

The student also claimed that Ukrainians were not allowed to board buses after polices checked their passports.

According to CNN, Mariupol Mayor Vadym Biochnko said in a statement it is hard to imagine people can be forcibly taken to another country in the 21st century.

“What the occupiers are doing today is familiar to the older generation, who saw the horrific events of World War II, when the Nazis forcibly captured people.”

Photo: Wednesday, March 9 – Ukraine Under Attack by manhhai available HERE and used under a Creative Commons licence. The photo has not been modified.