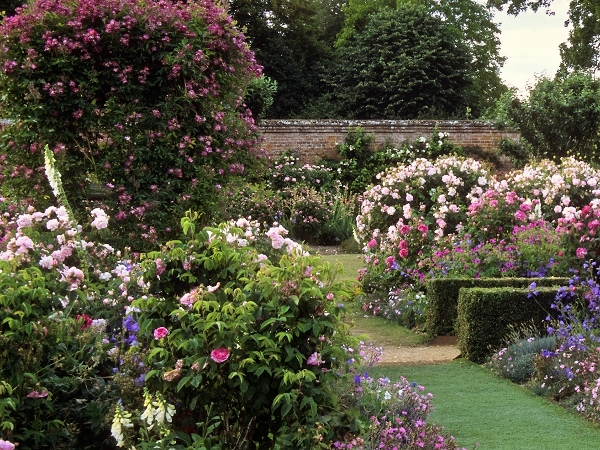 With Mother’s Day fast approaching, the Australian cut flower industry was no doubt looking forward to one of their most profitable days of the calendar year. For Senator Anne Ruston the day held a distinctive commercial flavour, as she is the owner and director of Ruston’s Roses, Australia’s largest rose garden.

Senator Ruston, who purchased the garden in 2003 from her uncle David Ruston OAM, has long been an advocate for the protection of small business in Australia, especially within the primary industry. The South Australian senator is now in a unique position of being able to affect real change for an industry that has battled foreign importation and uncertain water supply throughout the last decade.

Having grown up in Renmark, South Australia, Senator Ruston was never far away from the garden that her uncle developed over six. The garden, which was built on the family property in 1948, now includes the heritage garden, which is recognized as ‘The Australian National Rose Collection’.

Although there were distinctive commercial benefits for the purchase of the garden in 2003, Senator Ruston admits that it was indeed an attraction to continuing the work of her award winning uncle.

“The decision to purchase Ruston’s Roses was certainly partly motivated by the desire to continue the family business,” Ruston says.

She was clear on the fact that although it is still a successful business, the last decade has been a struggle not only for her, but for many sections of the Australian primary industry.

“The past 10 years have been tough for any agricultural business, made all the more so by water restrictions placed on irrigators during the recent drought.

“Rural Australia is facing huge challenges. The high Australian dollar, volatile commodity prices and over-regulation are all making it hard for our farmers,” she says.

Senator Ruston’s history in politics has been almost as long as her association with the flower industry, having joined the Liberal Party as an electorate officer in 1987. From there, she has held a number of positions within the party, culminating with her 2012 pre-selection for the vacated South Australian Senate seat.

Senator Ruston’s first speech to the Senate in October 2012 highlighted the aforementioned problems, as well as alluding to others, such as cheap foreign importation threatening industries like her beloved cut flower trade.

“It is not always a level playing field when our farmers compete in overseas markets. Despite Australia being a champion of free trade, other nations do not always reciprocate,” she says.

“We must ensure that we do whatever we can to level the playing field for Australian farmers in their competition with overseas producers in international and domestic markets.”

Similarly, rose grower and owner of Romsey Roses, Kevin Fitzgerald, agrees that while there is no easy solution to cheap foreign imports, it is paramount that the Australian Government supports “the world leaders” in agriculture and horticulture.

“Australia should actually, I think, implement a system that subsidises the industries which are competing against foreign importation,” Fitzgerald says.

“We already are one of the most heavily taxed and have some of the highest labour costs, and yet we are still competitive at this stage. However both industries (agriculture and horticulture) are going backwards.”

“There have been quite a few rose growers to go out of business in the last five years; it has been an accumulative thing where the market has got tighter and people are not buying roses as often as they once were since the GFC,” he says.

“These factors are compounded by the fact that there is just more volume in that market [due to the international presence].”

These factors are all too familiar for Senator Ruston, who by and large has dealt with them as a small business owner for the past decade.

Just like producing an internationally recognised garden, the recovery of the Australian primary industries may take time, but if her first eight months in office is anything to go by, Senator Ruston will be at forefront of such issues for the remainder of her five year term.

This article is part of our ongoing Backbench Insiders series, you can see the full list of articles here.