Ryan How continues to impress in the Australian GT Championship. 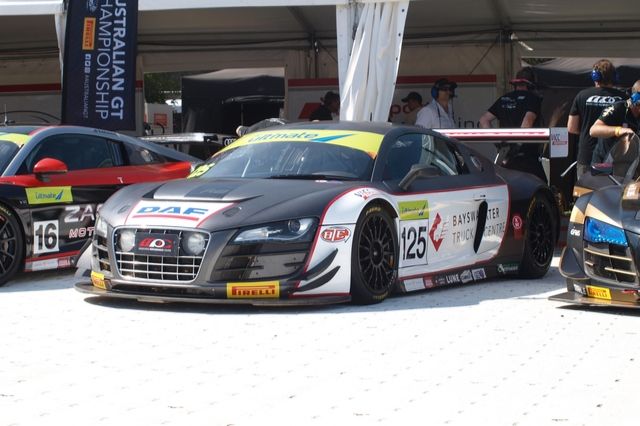 Australia’s next motor racing superstar could be, Ryan How.

Despite having less than four years of experience under his belt, the 17-year-old from Lilydale is making waves with consistent success in the Australian GT Championship.

The young Australian pilots an Audi R8 in the championship, alongside rivals steering Ferraris, Lamborghinis, Porsche 911s and other GT3-class supercars.

The GT3 category has a presence in every corner of the globe, and How aspires to take his career onto the international stage.

“The end goal of this is to become a factory driver,” How said.

Drivers compete for glory in the world’s biggest sports car races, which run over 24 hours at legendary European tracks like Spa-Francorchamps, the Nurburgring and Le Mans.

How’s car is eight years old, meaning he only competes for points in the Trophy Class, but he’s quick enough to challenge brand-new machinery for outright honours.

His first foray into GT3 at Sydney’s Eastern Creek circuit saw him win his debut race in the Trophy Class, finishing seventh overall.

“Especially after that first race, a lot of people started to notice me.”

It wasn’t his first time driving the car, he dominated last year’s Victorian Sports Car championship with it, but it was only the second car he’d raced.

He started out in a Mini Challenge car belonging to his dad, Simon, who couldn’t race due to an injury.

“It was like ‘alright, well you jump in and have a crack and see what happens’. I think it was half a year, and I was two seconds off the record at a few tracks.”

How made a single competitive outing in the Mini in 2016 before switching to the Audi, with his only other form of practice being his Xbox racing simulator.

“It’s honestly just for the H-pattern [manual gearbox], just to learn how to do that.”

However, not everything ran smoothly. Near the end of Race 3, one of How’s brake rotors exploded at the fastest part of the track, rendering his brakes useless as he careened off the track and into the fence.

He walked away from the crash, but How and his dad are now under the pump to find $50,000 for repairs before October’s race on the streets of Surfers Paradise.

“We’ve got five months to get the car fixed, pay off Perth and then start back at square one for Gold Coast,” he said.

With only a shoestring budget on their side, a GoFundMe was launched to help How reach his target. The campaign has raised over $5,500, the How family are doing everything they can to get How back into a drivable car.

“We’ve sold three trucks, an excavator, my old race car – the Mini – we just had to sell it. We’ve sold everything to get to where we are now, and we’ve got no budget, basically. What I’m earning’s going straight to dad, and what he’s earning is going straight to MPC [Melbourne Performance Centre, the workshop running the car].”

How works full-time at a mechanic’s shop, broadening his knowledge of the machinery while he chips away at the repair bill.

“You can’t just be a good driver… you’ve gotta actually know about the cars.”

If you get your car serviced in Lilydale, there’s a chance the kid who changes your oil will be dancing wheel-to-wheel with racing royalty in Europe sometime soon.

Photo: 2019 Australian GP by rhodeys_photos here and used under a Creative Commons Attribution. The image has not been modified.