Lively and genuine composer Samantha Andrew is one of the masterminds behind this season's Melbourne Fringe Festival hit. 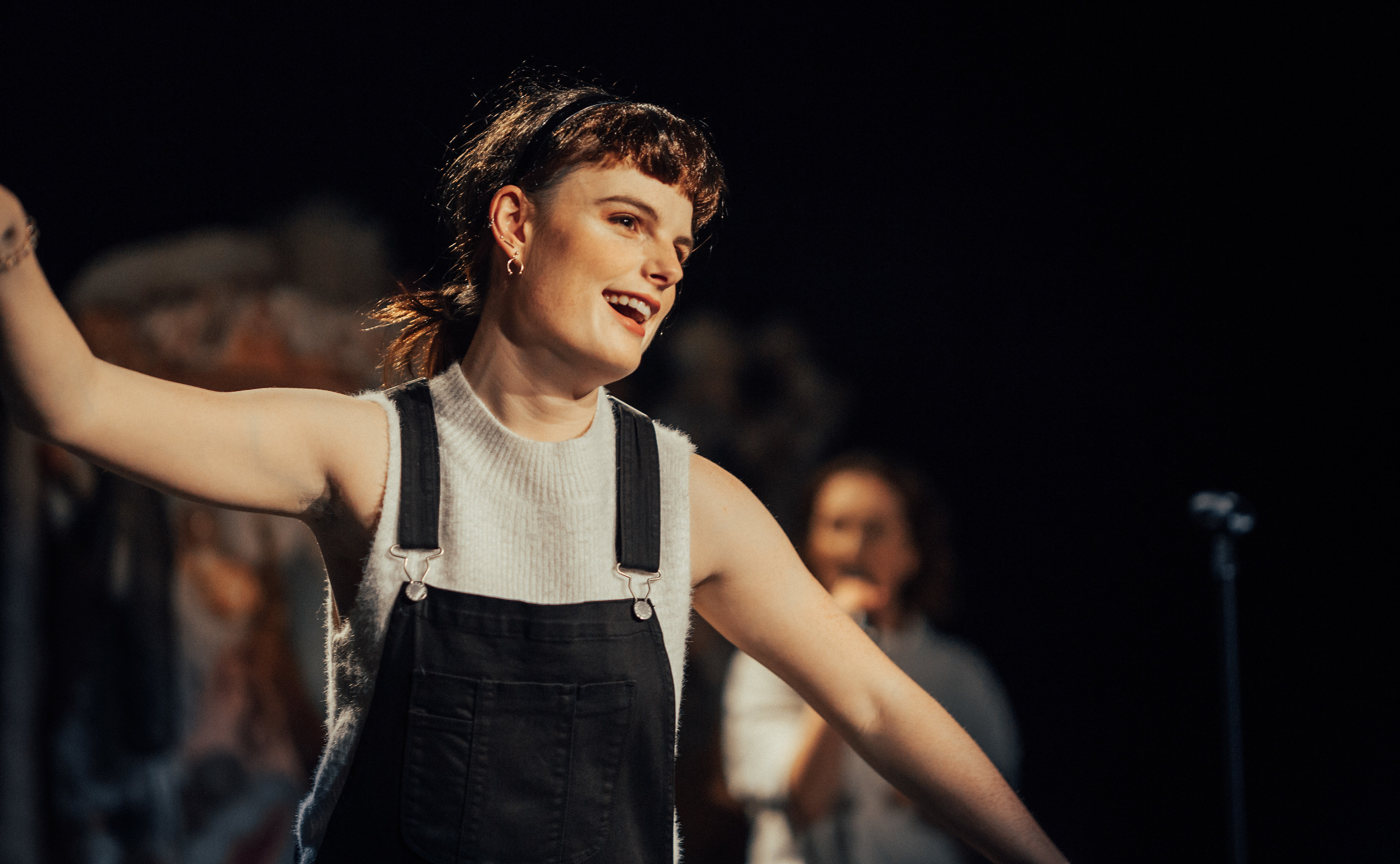 Decked out in colourful, gaudy earrings and highlight that ‘slays for the gods’, Samantha Andrew looks like astereotypical Victorian College of the Arts graduate. The Melbourne born 20-something is talking to upstart about Baby Bi Bi Bi, a comedy cabaret she wrote with some friends from university.

The cabaret’s conception began in early February, before a run at the Melbourne Cabaret Festival and ultimately the Melbourne Fringe Festival, where it’s run sold out.

“We wanted to express an authentic and humorous side of bisexuality. We are kind of poking fun at ourselves and laughing at ourselves in those moments where we are stereotypes,” she said.

The show has been lovingly embraced by the LGBTQIA+ community and was nominated for best cabaret and won the Queer development and mentorship award and the People’s Choice Award.

She said that they “didn’t expect it to go as well as it did but we knew bisexuals were hungry for this kind of content.”

Baby Bi Bi Bi features songs like, ‘Salad with the Girls, But in a Gay Way’ and ‘Do I Wanna Be You (Or Do I Wanna Be On You?)’.

“Over the summer holidays, I was sitting in my room and thought we needed a song about women looking at other women and thinking do I want to be you or do I want to sleep with you?”

“I played around with my voice looper, and some harmonies and thought this would be funny as a Destiny’s Child style piece,” she said.

Samantha said that the collaboration of three lyricists was one of her favourite parts of writing the show.

“Working with other lyrists really helped the creative process for the show. It was also really important for us to be really honest with each other with everything we were doing.”

Andrew has a bachelor of jazz voice from the Victorian College of the Arts but always knew that composition was something she loved.

“When I was in high school we had to study Macbeth. Instead of studying, I spent the entire night, before the test, changing the lyrics of Part of your world from The Little Mermaid, so it told the story of Macbeth. That’s when I started to know.”

When asked about the sheer terror many university graduates face, due to not knowing what comes next. Samantha said she was still trying to work through it, despite being out of her degree for a few years.

“I’m still figuring the career thing out. I really enjoy writing for other people and love when people bring me concepts and I can develop them from scratch,” she said.

Samantha sights “any female composer that is killing the game” as her influences and with a knack for comedic writing she likes the musical writers for American program Saturday Night Live.

She says that “comedy is where I feel most me. I always try to write something serious and it’ll turn into a comedy and I’m like damn! Which in hindsight isn’t really a bad thing”.

Baby Bi Bi Bi has an extended season for the Melbourne Fringe Festival from the October 30 to November 3 at The Butterfly Club.

You can purchase tickets here: https://thebutterflyclub.com/show/baby-bi-bi-bi