Coalition meet to decide position on gay marriage in Australia. 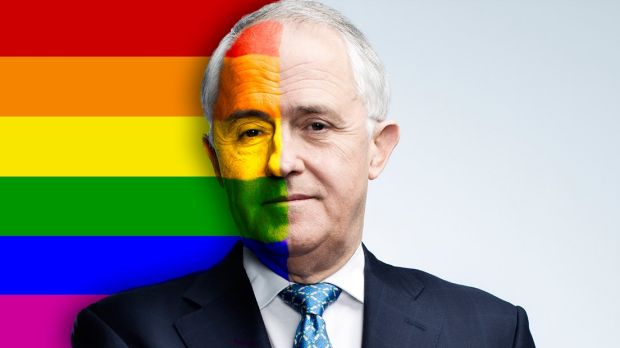 The Turnbull government will today make a decision on whether or not to sanction a plebiscite on same-sex marriage.

The meeting comes after Liberal MP’s rejected the idea to allow a free vote.

Many are frustrated with the announcement with hundreds of people tweeting via the #plebiscite hashtag.

Decision to put a plebiscite to the parliament again instead of MPs doing our job is simply delaying the inevitable. A failure of leadership

“The NXT position hasn’t changed – we don’t support a plebiscite on marriage equality, as the elected parliament it’s our duty to vote on legislation,” Skye Kakoschke-Moore said to the Guardian.

If the Senate knock back another plebiscite bill then we could see a postal plebiscite.

It would be an optional ballot where all eligible voters are mailed out voting papers for them to return by post.

“A non-binding, non-compulsory postal vote is complete BS.. Pull your fingers out in Canberra and get on with it..”- @karlstefanovic #9Today pic.twitter.com/DZOnfNZZyx

Minister Cormann confirmed that the Liberal Party room “resolved to maintain the policy” that was taken “to the last election.”

“Give the Australian people a say on whether or not the definition of marriage should be changed in our Marriage Act.”

If the plebiscite bill passes through the Senate, the vote will be held on November 25.

A decision should be made as early as this week.