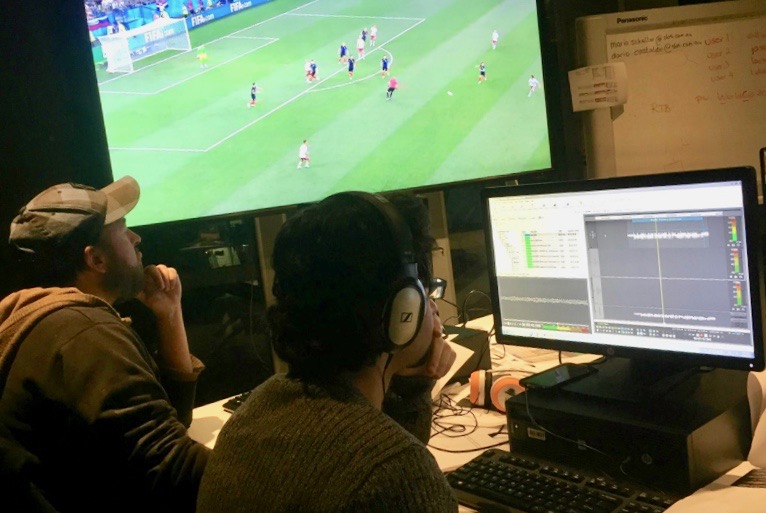 It was approaching 5:45 on a quiet Tuesday morning and most people in the SBS Radio office, including the team of interns, were packing up to go home and catch up on some much needed rest.

The final two games of Group B between Spain and Morocco, and Portugal and Iran, were playing out concurrently. Both qualifying spots were still up for grabs in Group B, so there was plenty to play for. It was the final two matches of the night, and both were meandering out to 1-1, and 1-0, respectively.

Then all hell broke loose.

Between the 81-minute mark and the final whistle, a total of three goals were scored across both games. The video assistant referee (VAR) system was used twice, four yellow cards were awarded and a controversial penalty was given.

So much had unfolded in the frenetic final few moments that by the time I had quickly printed off a social media observation fact sheet and statistics for the hosts to use in the post-game wrap-up and delivered it to them, it was barely relevant. Then I had to sprint downstairs to the editing software to cut the audio highlight of the final goal in the Spain match in stoppage time so that the hosts could use in the post-match.

It was chaotic and stressful but we got there in the end. And it was a situation that I was grateful to be a part of.

I have come down with a serious case of World Cup fever. 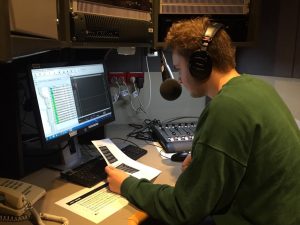 The biggest sporting tournament in the word has captured my imagination along with millions upon millions across the globe watching it at home. And for once, I’m not feeling guilty about going to sleep as the sun comes up and waking up on its descent just to watch the games

Instead, I get to call it “work” because I was incredibly fortunate to be one of the 14 students from La Trobe University and Swinburne University to be selected to work with the SBS Radio team as part of their broadcast service during the tournament.

Having been a sport fan for as long as I could remember, the idea of earning a living in the world of professional sport has always appealed to me. Now it’s a reality.

Each night, there are a number of tasks that interns are required to complete; monitoring social media for news and observations, turning match highlights into audio grabs to be played during the breaks, recording voiceovers, researching match-ups and transcribing audio.

While everything must be approved by our executive producers before it goes to air, there is a comforting level of trust that they have put in us to complete the tasks to their satisfaction.

I’d be lying if I said that I wasn’t nervous before the internship begun. Football, or soccer, is not my main sport, and there was a concern that this would limit my ability to impress industry professionals. Furthermore, the idea of hearing my voice on the radio is something that didn’t – and still doesn’t – appeal to me, no matter how short the voiceover grab is.

There’s also the pressure of working under strict time conditions during the matches and the understandably high standards set by the broadcasters.

Sani Kajtazi, SBS’s World Cup project manager, said that the training provided for interns, where we were given an education on the world of professional broadcasting with a particular focus on preparation, using editing software Dalet OneCut and writing for the spoken word before the tournament began, has equipped us with the ability to meet broadcast standards, and minimises the risk of error.

“We definitely make sure that they [interns] are trained,” Kajtazi told upstart.

“Everybody has a mentor who is going to be training you, telling you what to do, and all the work is double checked.

“It’s not going on air without checking.”

Other than having sound justification for consuming up to eight hours of football each night, one of the most enjoyable aspects of the internship has been working in teams of like-minded individuals, who are all eager to impress and make the most of the opportunity.

Nick Galea, a fellow intern from La Trobe knew this was the chance of a sports journalism student’s lifetime, too.

“The reason I took this opportunity is because it has always been an ambition of mine to cover some of the world’s biggest sporting event and there is none bigger than the FIFA World Cup,” Galea told upstart.

“How often can anyone say they’ve helped broadcast the FIFA World Cup?”

Kajtazi said that having new faces around the office can act as a breath of fresh air.

“It’s good to have students,” he said.

“If you talk about the benefits for SBS, maybe they will come up with some new ideas for us, which we might find very useful for the future.”

Kajtazi has been impressed with the students and their commitment to task, particularly when faced with uncomfortable working hours during the night.

“All of them are coming on time, which is really good,” he said.

“They’re really quick learners, what we’re doing here is quite digital technology, and the younger generation is pretty good with that.

“It’s easy for them to learn.”

This opportunity has made me realise that internships like this provide something that the classroom just can’t. It’s the sense of accountability that comes with producing content for a professional organisation compared to an assessment that provides the most important lessons.

Minor touches, such as fading the grabs in and out and learning the correct pronunciation of tricky names from across the globe, make a major impact on the quality and professionalism of the broadcast.

Like myself, Galea says that this experience has solidified his ambitions to work in the sphere of sport media.

“I’ve been pretty set on having this pathway as my career for the past 12 or so years,” he said.

“Being an intern for SBS Radio has opened up my eyes on what is involved behind the scenes and has only enhanced my desire to work in this field.”

For students like myself with aspirations to work in the media, I would be doing everything I can to find a professional internship opportunity to gain experience in the industry.  Without underestimating the value of a university degree, the people you meet and the lessons you receive whilst on a placement are invaluable, and I can’t thank SBS enough for this opportunity.