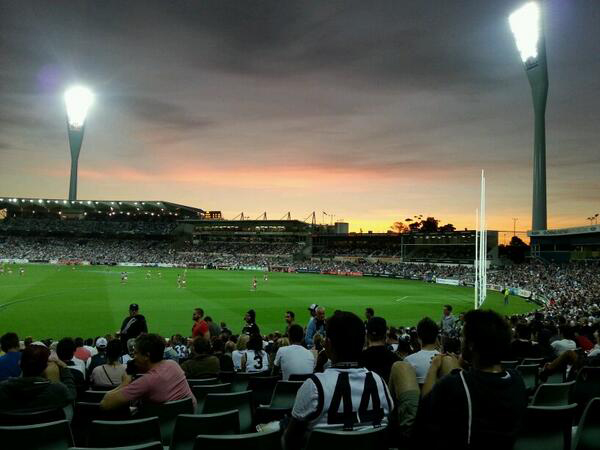 With nine games spread across two weeks, it was always going to be a modest opening round for the AFL.

More alarming than the lethargic split round, though, were the startlingly low attendance figures. 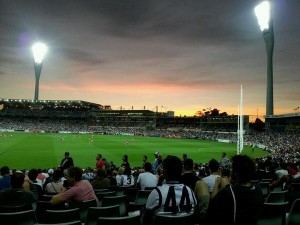 The fact that more than 120,000 less people attended round one compared to last year – a 33 per cent drop-off – is a humbling figure.

There are reasons for this dramatic dip.

Two of the AFL’s largest grounds, the MCG and the redeveloped Adelaide Oval, weren’t available. Furthermore, both expansion sides hosted games, and there certainly wasn’t the smorgasbord of blockbuster matches the AFL typically provides at this time of year.

The most glaring reason, though, was the AFL’s decision to trial Thursday night and Sunday night games in the same round.

The Sunday night contest between Carlton and Port Adelaide at Etihad Stadium was a particular offender. The match failed to draw even 25,000 people, despite being Carlton’s home game against a finalist of last season.

The idea of Sunday night football is novel, but the execution was sorely lacking. To schedule the game at 7.40pm on a school night was simply bewildering.

Unless they lived next door to Etihad Stadium, no children would have been able to attend the entire game and still get home at a reasonable hour.

Speaking on Fox Footy program AFL 360, Mark Robinson was adamant that the timeslot is flawed.

“Footy’s about kids. Kids can’t be out at seven o’clock and getting home at 11 o’clock on a school night,” the Herald Sun journalist said.

“You can’t experiment with kids. They can either go to the footy or they can’t.”

Sunday night games will occur three more times throughout the home-and-away season, but all still have a late starting time of 7:10pm.

But push that time slot to 6:10pm and suddenly the idea becomes much more viable – especially as there will be no rush to get to the footy from work – something that might be seen when scheduling a game at 6:10pm on a Friday night.

Interestingly, Carlton, which has already featured in one, will feature in two more of the Sunday night fixtures, with one match against both Essendon and Collingwood.

Only four games on the opening weekend of the AFL season with one being on a Sunday night – a school night, makes no sense.

The crowd of 23,622 who attended Geelong’s clash with the Adelaide Crows on Thursday night was easier to comprehend, given it took place at the suburban Simmonds Stadium.

But those numbers should not be protected from criticism. After all, club stalwart Jimmy Bartel was celebrating his 250th game that night.

To barely fill two-thirds of the arena on such an occasion has to be a concern.

Thursday night football is nothing new for the AFL and indeed provides a nice appetiser for the upcoming weekend.

But while history shows that the time slot works, it must be handled with more care than we saw last week.

Scheduling the game at Simmonds Stadium meant that many had to journey down to Geelong, all while bearing peak-hour traffic.

That the contest was scheduled at 7:10pm only added to travellers’ woes.

Again, it appeared as if the AFL just assumed people would come.

It is hardly surprising that the AFL wants to expand its game beyond weekends. Doing so not only provides a great opportunity for its broadcast partners, but also keeps the AFL in the public cognisance for longer.

However, if the opening round of the season is anything to go by, the AFL cannot afford to become blasé and assume that people will attend simply because they enjoy the product.

There is little doubt that people will come in droves to the football this weekend. The fixture is outstanding and provides everything that round one should have had.

But greater consideration must be taken by the AFL to ensure its audience is not neglected simply because it wants to expand the game.