Australian Prime Minister urges that context must be provided in regard to the climate change debate. 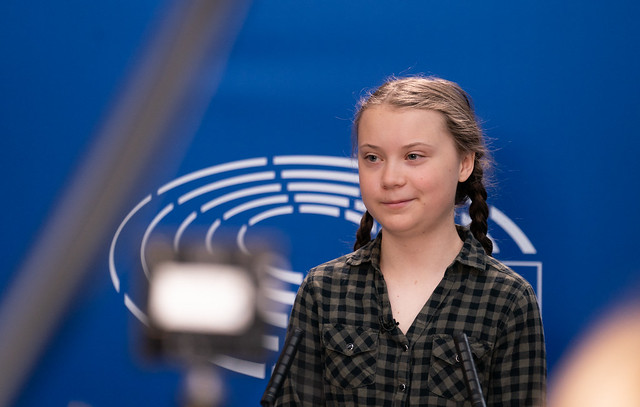 This comment was made in response to the speech delivered by Swedish teenage climate activist Greta Thunberg at the United Nations.

Thunberg passionately declared that her childhood had been stolen by world leaders lack of action in relation to global warming emissions. She also professed that her generation will never forgive today’s leaders if they irreversibly ruin the climate.

“You have stolen my dreams and my childhood with your empty words,” she said. “I shouldn’t be here. I should be at school on the other side of the ocean.”

Morrison has responded to these remarks by urging people to understand the “context and perspective” in the climate debate.

He also declared that the debate was founded on disinformation about Australia’s climate change policies, however, he also acknowledged “how deeply people feel about this issue”.

“It often comes as news to people when I share with them Australia has the highest per capita investment in renewable energy of any country in the world,” he said.

The prime minister is set to address the UN General Assembly today on issues regarding environmental themes. This is set to include ocean management, plastics, waste management and illegal fishing.

Morrison also commented that he would detail Australia’s action on climate change during this address.

In the same speech, the Prime Minister remarked that he has had some discussions with his two daughters about climate change.

“I also like to give them reassurance because the worst thing I would impose on any child is needless anxiety – they’ve got enough things to be anxious about.”

Morrison insisted that is it time kids be kids.

“I want children growing up in Australia to feel positive about their future. And I think it’s important that we give them that confidence, that they will not only have a wonderful country and pristine environment to live in, but they’ll also have an economy that they can live in as well.”

Notably, greenhouse gas emissions have also been rising in Australia since the Coalition abolished Labor’s carbon price in 2014. This contradicts the country’s commitments under the Paris Agreement.

Many Australians have reacted to Morrison’s comments on social media.

If you don’t want kids to be anxious about their future, then bloody do something about it. You can start by declaring a climate emergency and not opening up more coal mines. https://t.co/yNRDeOOVWQ

Compare the pair. Greta Thunberg taking her rightful place at the UN Climate Summit, while Scott Morrison visited a “smart” Macca’s Drive-Thru, not even in the same city as the Summit.

I know who the real world leader is. And it ain’t ScoMo. #AusPol #ClimateCrisis pic.twitter.com/3xuqcZkizq

Photo: ‘Greta Thunberg at the Parliament’ By European Parliament available HERE  and used under a Creative Commons Attribution. The image has not been modified.