Sevil Kaya explores the journey of Allison Murphy, a woman who has transitioned from male to female after finding out she had ovaries in her body. 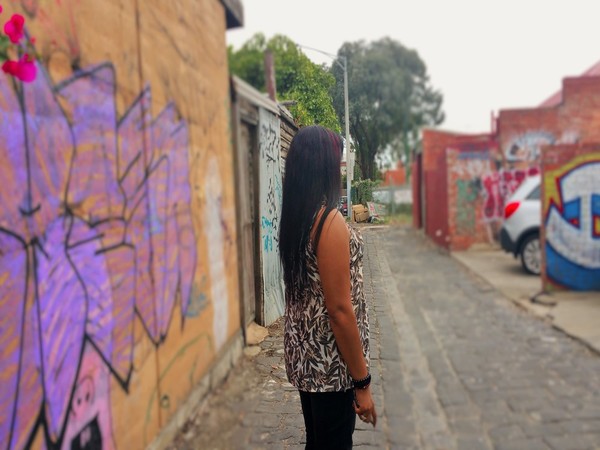 “I have lived a fake life for nearly 38 years. I hated myself every day. I hardly ever looked at myself in the mirror. I knew that it wasn’t me.”

After 38 years of being stuck in the body of a male, Allison Murphy was able to transition to a woman after finding out that she had ovaries in the male body she hated.

Walking into the interview with a friendly smile on her face and a proud attitude, Allison was ready to dive into her story starting from the beginning.

As a child she knew that something was out of sorts. Having a sister close to her age, Allison found herself admiring her.

“I admired everything she had. Her clothing, her toys, everything,” she tells upstart.

“Our neighbours and friends would confuse me and my sister because we looked alike,” she says.

Allison’s case is rare; she was classified as intersex in 2012.

“When they tested my testosterone levels, it was hugely low. A lot of things just surfaced slowly,” she says.

Being attracted to men but not a homosexual, she explains how her sexuality and gender were questioned.

According to the Australian Human Rights Commission, intersex people “are born with genetic, hormonal or physical sex characteristics that are not typically ‘male’ or ‘female’. Intersex people have a diversity of bodies and identities.” 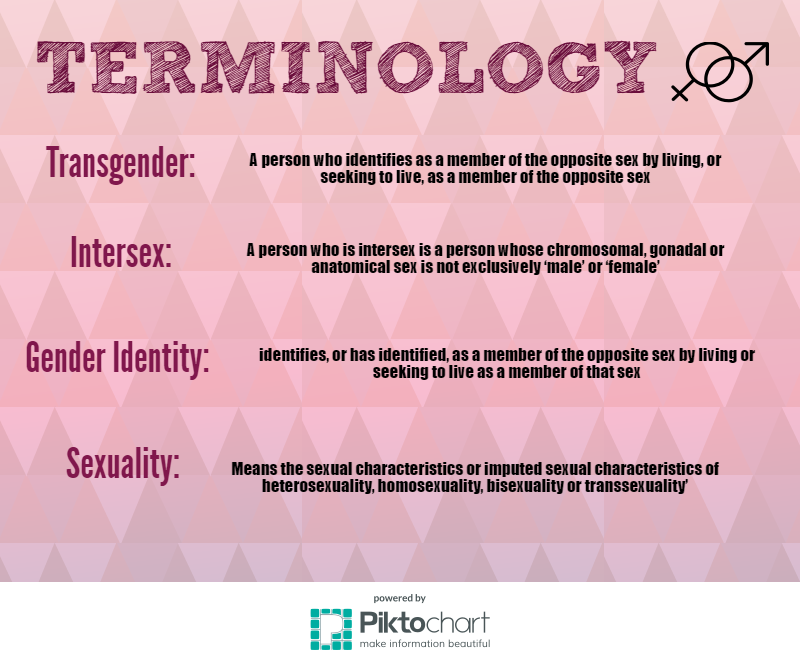 Unaware of her unique situation until recently, Allison’s transition has not been an easy process.

“Because I was initially living in a third world country – Pakistan – my parents had no idea. But if you’re born in England or America or somewhere else, parents can see that at a younger age and take steps accordingly,” she says.

Today, living in a first world country, many people are permitted to make a choice of their preferred gender. Celebrities like Angelina Jolie and Gwen Stefani are examples of allowing children to dress to be comfortable, despite their born sex.

For the past six decades, Pakistan have denied any form of identity and denied rights to minorities. However in 2009, things took a turn when Dr. Muhammad Aslam Khaki, an attorney specialising in Islamic law, filed a private case in the Supreme court.

According to Foreign Policy magazine, the estimated transgender population was about 80,000 in 2009.

However, a Reuters report later that year estimated the population to be close to 300,000. The conflicting numbers further reinforced the Supreme Court’s orders to the government to set up a commission after the private case was filed.

In addition to finding out that her body had ovaries, Allison had been told that she was adopted.

“I was thrown out on the street, whoever threw me there [in Pakistan]. Maybe my biological parents already knew about it and wanted to get rid of me,” she says.

Deciding to end her long journey, Allison came out fully as a female in Alice Springs in 2013.

“I went to Kmart the first time, all dressed up. I walked in and approached a worker. He saw me, turned around and said, ‘How can I help you, ma’am?’ And I said bingo! I’m a ma’am!”

When her friends of 15 years struggled to accept her new identity, Allison left everything behind and moved to Melbourne in hopes of starting fresh.

“If I continued to live here [Alice Springs], I would kill myself. Or come back to Melbourne and start from scratch,” she said.

Desiring a clean slate but still constantly facing obstacles, Allison struggled. After being stranded in Melbourne, enduring violent relationships with men, physical abuse and mental abuse, she attempted a suicide by overdose.

According to Transgender Mental Health, more than 50% of trans or third gender individuals report suicidal thoughts.

“I know I did a very stupid thing. But doing that one stupid thing, made everyone in my family realise. They understood how serious it was. At first, they all thought that it was a phase and that I’d eventually go back,” she says.

“In our case, when people ‘accept’ us, they have to accept us by the heart, not just by the mind. A lot of people think they understand what we go through but they don’t.

“They would have to be in our shoes to understand. People think that you wake up one morning and randomly decide that you want to transition to the opposite sex.”

As time passed, Allison wanted desperately to join, as she puts it, “the other side” – in short, a sex change.

“Losing a part of your body… It’s scary,” she says.

In 2014, Allison finally transitioned in Thailand. She says she had no other option.

“You fly to a third world country on your own. You undergo a massive surgery. So do you think that we do this for fun or because we have no other choice? It’s not a choice. You have to do it.”

Allison used the money from her superannuation fund to pay for the surgery. Many people with similar cases have had to resort to alternative methods due to unemployment.

“A lot of people become a sex worker because it’s hard finding a job. In that way, I’ve been blessed. I haven’t done anything I regret,” she says.

Due to its financial ease, Thailand is the most popular destination for sex-reassignment surgery.

Josef Woodman, CEO of Patients Beyond Borders, told Bloomberg that for some people looking to transition, Thailand is the only reasonable place to go.

Allison considers herself lucky and completely blessed. However, more must be done to ease the transition for the others.

“A lot of things have changed over time. More opportunities. You can change your name, your birth certificate, your passport, etc,” she says.

“But I think Australia has to do something about the surgery itself because hardly anyone can afford it here.”

Allison is now a proud, liberated woman living in Melbourne. Not transgender. Not intersex. Not homosexual. A woman.