Australian Human Rights Commission report shows one in five students were harassed at university in 2016. 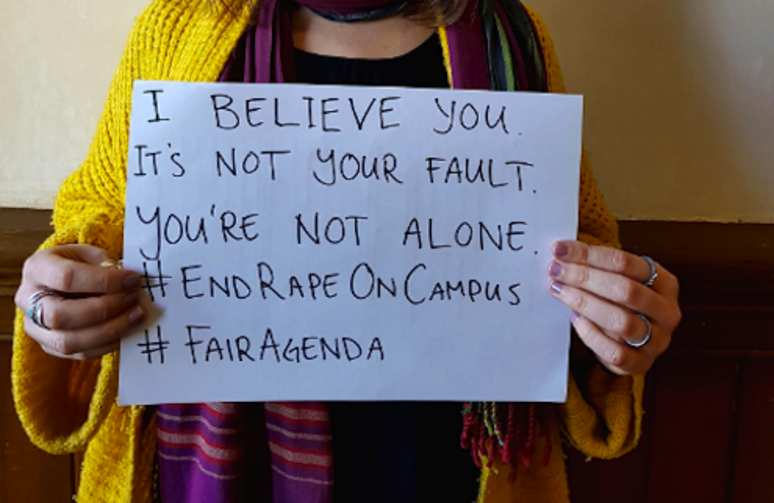 A report by the Australian Human Rights Commission has shown more than half of all university students were sexually harassed on at least one occasion in 2016.

The report showed one in five students were sexually harassed in a university setting.

President of the National Union of Students Sophie Johnston said in a press conference on Tuesday morning that the findings were a ‘tragedy’ and that all Australian universities have handled the issue poorly.

“We will not accept hearing universities congratulating themselves on being slightly below the national averages,” Ms Johnston said.

The landmark report surveyed over 30,000 students across 39 Australian universities.

Men were considered the main perpetrators of both sexual assault and sexual harassment.

End Rape on Campus Australia ambassador Ellie Greenwood said the victims did not report the incidents to the universities because they didn’t believe the issue was “serious enough” or because they “didn’t need help” from their university.

“In the case of universities, it is common for survivors not to know that their university has the responsibility or ability to provide them with support.”

A statement from the La Trobe Vice-Chancellor and Student Union Presidents showed strong support for the Respect. Now. Always campaign.

The National Survey measured the experiences of over 30,000 students across all 39 universities, 947 of them being La Trobe students.

Professor and Vice-Chancellor of Monash University Margaret Gardner apologised to the past victims.

“We are very sorry for what has happened to people who are victims or survivors of sexual assault.”

“We are committed to taking action to ensure we can better prevent sexual assault and sexual harassment on our campuses and we can provide better support to students who may have been victims.”