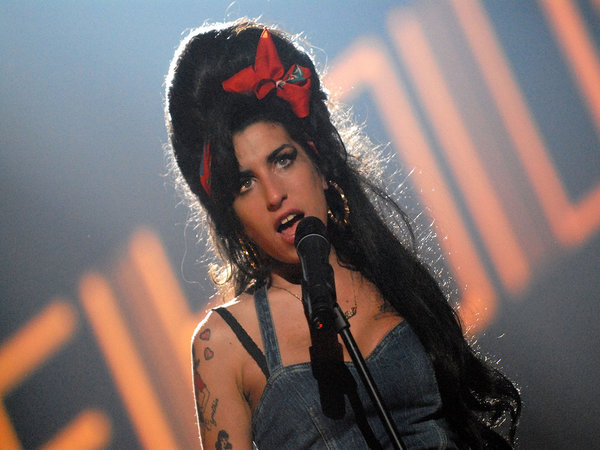 The 43-year-old’s death has been confirmed as accidental, and from a combination of drugs, including morphine.

Peterson, who is best known for her role in 1987 film, Can’t Buy Me Love, reportedly had multiple prescriptions for lung and heart disease.

According to data from the Australian Bureau of Statistics, 1,724 deaths were caused by means of drugs, alcohol or motor vehicle exhaust in 2013.

Some of these deaths were intentional, however, the vast majority were accidental.

People pointed fingers at singer-songwriter, Amy Winehouse, for her death by alcohol poisoning in 2011.

“They continually said ‘she [Winehouse] is doing it to herself’, meanwhile thrusting cameras into her face did more to her mental stability than her inner demons ever could,” Jones says.

Bobbi Kristina Brown, who passed away in July this year, also faced public scrutiny for her substance abuse.

While her exact cause of death has not been released, an investigation attributed cocaine use and heart disease. Brown was also reported to have been experiencing depression prior to her death.

The death of Brown’s mother, Whitney Houston, who passed away three years ago, was also claimed to be by substance abuse.

According to beyondblue, 500,000 Australians will suffer from depression and substance abuse simultaneously at some point in their lives, which can become worse when left untreated.

Public relations director at Odyssey House, a rehabilitation centre in Sydney, Carol Moore, tells upstart that they refuse to refer to users as ‘addicts’ or ‘victims’.

They instead label them as someone dependent on a drug.

“The key message of the clinic is that, yes, people need to take responsibility for their actions, however, nobody chooses to be addicted, like you don’t smoke and drink with a goal to become addicted,” she says.

Jones believes the media is quick to condemn users because failures are more interesting than success.

“People and the media are very quick to judge someone’s failures and talk about that instead of their successes, and unfortunately that’s even more prevalent in females,” she says.

Cobain committed suicide in 1994 after struggling with a heroin addiction.

“Kurt’s death is treated as a tortured soul who was too creative and talented for this world. Amy is [viewed as] just a drug addicted alcoholic who could sing pretty good,” Jones says.

Both Winehouse and Cobain had films released about their lives this year.

Cobain’s film, Montage of Heck, largely focused on his music and career, with home videos and Nirvana performances.

Winehouse’s film, Amy, was criticised for portraying the star in a negative light, particularly about the relationship with her family and her addictions.

Winehouse’s father, Mitchell Winehouse, has said he’d like another film made that was more balanced and showed more of Amy.

Jones tells upstart that musicians who die of overdoses are perceived more negatively nowadays than in the past.

“Back then, people still idolised musicians, they were untouchable,” she says.

“Now, with paparazzi and social media, musicians aren’t the celebrities they used to be. They’re on our level, or in some cases, below our level. This makes it easier to write off the sufferer as they’re own problem, because we can relate to people too much now and it scares us.”

There were many tributes and services around the world to reflect on those who’ve lost their fight against drugs and alcohol.

Moore says it’s important that people are educated about why addictions occur and how to deal with drug-related deaths.

“Odyssey wishes for people to be comfortable and not shy away from their addiction,” she says.

“[Odyssey] aims to empower people, not to judge them. It’s also a place of protection for people that are addicted to illicit drugs, alcohol and prescription drugs.”

While it’s important for users to seek help, loved ones are also urged to guide friends and family in the right direction.

The absence of judgement and blame from the media, and society itself, will allow for these issues to be dealt with in a more open way.

Jessica Testa is in her final year of a Bachelor of Communications at the University Of Western Sydney. You can follow her on Twitter: @jessica_testa12.