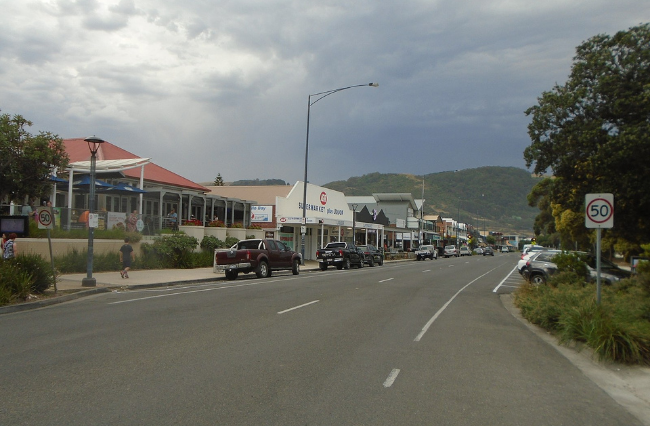 Three restaurants have been damaged after a blaze ripped through Collingwood St in Apollo Bay this morning.

CFA was notified of the building fire at 3.17am. Police and emergency services then responded to the fire in just under 15 minutes. On arrival, authorities said The Blue Bird Fish and Chips eatery and a Chinese restaurant were already destroyed while the other one was still engulfed in flames.

Eleven CFA crews, supported by Fire Rescue Victoria teams, were able to contain the fire in just over three hours. A hazmat vehicle was also called to assist with chemicals that were found at the scene. The CFA declared the scene under control at 6:29am.

Twenty people were evacuated from the Apollo Bay Comfort Motor Inn along with nearby residents.

“Fortunately, no one has been injured … Causation is yet to be determined,” Police Forward Commander Sergeant Damian Bould said in a Facebook post.

Authorities said the smoke may still be visible but there’s no risk to the community.

Collingwood St remains closed as the area recovers, and people are urged to avoid the area as authorities undergo investigation regarding the cause of the fire.

Photo: Collingwood St, Apollo Bay, Victoria available HERE and used under a Creative Commons Attribution. The image has not been modified.