Opposition Leader Bill Shorten joined the federal member for McEwen in Craigieburn yesterday to talk to voters about Labor’s plan for their community, as well as the state of federal politics more generally. 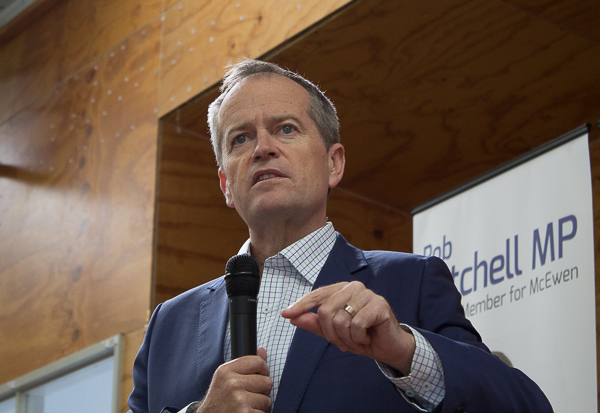 Opposition Leader Bill Shorten joined federal member for McEwen Rob Mitchell in Craigieburn yesterday to talk to voters about Labor’s plan for their community, and the state of federal politics more generally.

The community forum was one of more than 20 similar events Shorten has attended across Australia this year in an effort to secure votes in Labor’s most marginal seats.

Mitchell – who holds the seat by just 313 votes – joined the Opposition Leader at the Q and A session, where voters expressed concerns ranging from climate change to housing affordability.

“It’s important that we have Bill out here to listen to people, to talk to them, to hear their views and understand what’s going on in their minds,” Mitchell told upstart.

“The most important thing that we’ve got to keep concentrating on is making sure that we build our communities up both through social and infrastructure.

“What we’re going to keep building on is ensuring that education is a high priority, making sure that we have access to healthcare where you need it when you need it in your community and to ensure that we build on jobs.” 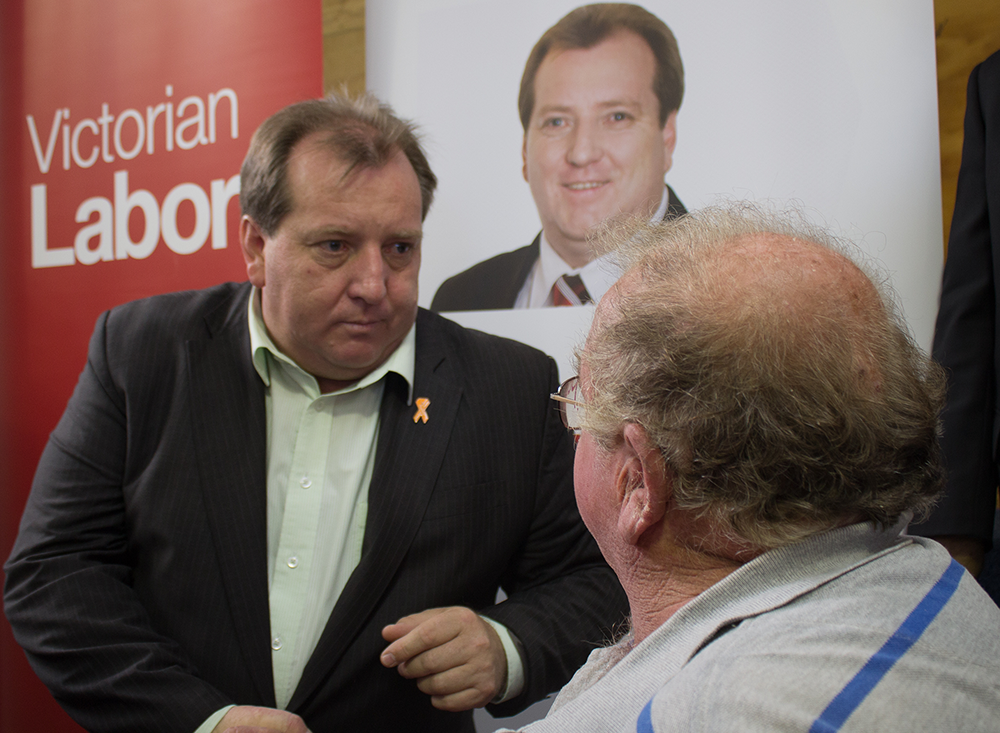 Rob Mitchell converses with a voter at the Craigieburn forum. Photo: Matthew Elmas

The forum was held at Willmot Park Primary School, and a common concern amongst voters was the state of education – particularly for children with special needs.

One attendee, who quizzed Shorten on his commitment to special needs education, said that children with disabilities are missing out once they hit the age of seven.

“It’s a fight to get any help whatsoever and these parents are struggling, really struggling”.

Shorten responded to the concerns by outlining an election commitment to provide an additional 200 million dollars in immediate funding for schools.

“The education system in this country, as good as it is, is hopelessly deficient when it comes to helping parents and more importantly kids with particular learning needs.”

The difference that early intervention makes, the difference of providing extra resources for these precious children is something which the community will benefit from for the rest of their lives,” he said.

“We’ve already found, as a sort of down payment if elected, an extra 200 million dollars, before we even sort out the state education departments just to provide some very scarce extra money now.”

According to Mitchell’s campaign team events like yesterday’s forum are a fundamental part of their re-election strategy, with the campaign’s field organiser Gemma Saccasan outlining the importance of face-to-face interaction in capturing swing votes.

“The idea is to get to get people who share similar values engaged talking voters and other people,” she told upstart.

“That’s the idea with a community forum like this as well; it’s actually having that dialogue and connect people on an individual basis, because in the end that’s what we find changes votes, hearts and minds.”

Shorten came away from what was reportedly his 23rd town hall meeting “impressed” by the residents of McEwen, who he says have an eye on the bigger picture.

“I’ve left this town hall meeting with a clear impression from the voters of McEwen that they are interested in the national scene … but they’re also interested in their own community and how they can improve the quality of life here in Craigieburn and throughout the whole electorate,” Shorten told upstart.

“I was very impressed by the range and calibre of questions.” 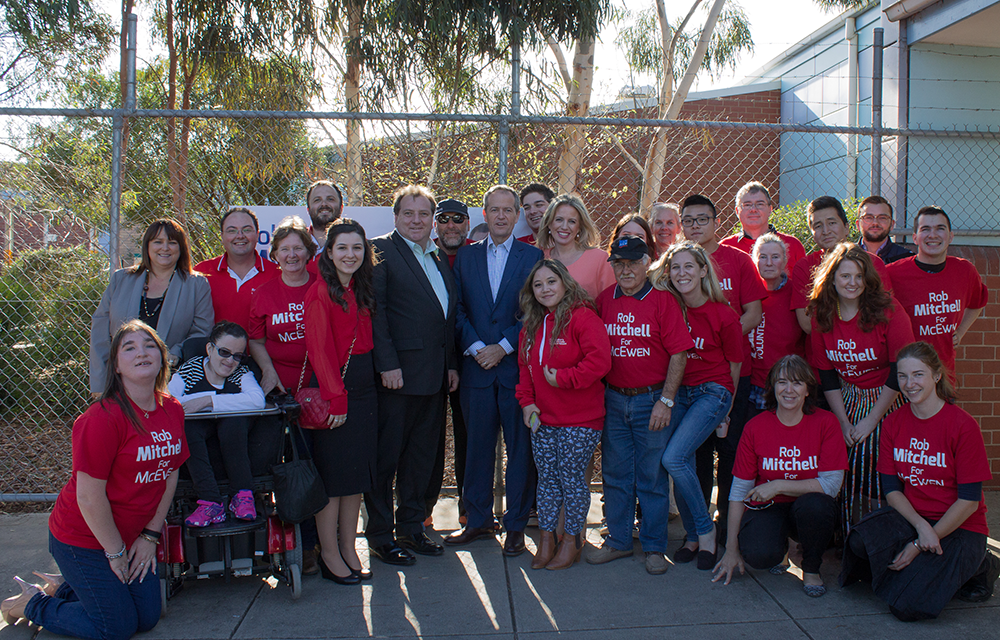 Matthew Elmas is a final year journalism major at La Trobe University, the current Politics and Society editor, and part of the UniPollWatch team. You can follow him on twitter: @mjelmas