Would podcasts need a rating system to keep disturbing content away from children? 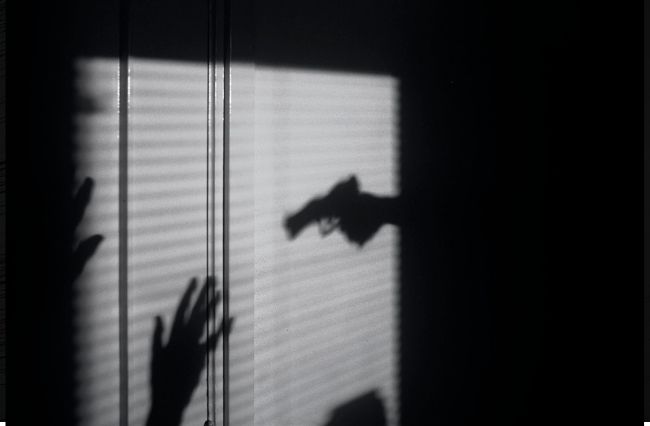 True crime has been around for centuries, since 1617 when Zhang Yingyu released his collection of tales, The Book of Swindles, a Chinese anthology of short stories focusing on fraud crimes. Over three centuries later, in 1974 Vincent Bugliosi and Curt Gentry released a book titled Helter Skelter, telling the story of the Manson murders. The book sold over 7 million copies, making it the best-selling true crime book of all time, and showed people’s fascination with evil and the criminal actions of others.

As we have moved into the technological age, true crime content became readily available through digital formats, reaching more audiences. Nowadays there are TV channels dedicated to nothing but true crime and streaming services with whole seasons showcasing certain cases. When an extremely disturbing crime or case is investigated on TV, the episode will most likely be classified M or R protecting younger audiences.

True crime podcasts have also taken off in recent years. The Serial podcast released in 2014 becoming a world-wide phenomenon. The 12-episode series investigated the murder of US teenager Hae Min-Lee and became the gateway to what is now a long list of true crime podcasts.

Australian podcasts are no stranger to the genre, with shows like Casefile and ABC’s Unravel often delving into violent crimes and ranking in Australia’s top 10 podcasts. These crimes are usually horrific and include graphic descriptions detailing how victims are killed.

Ian Walker the Executive Producer of ABC’s Walkley Award winning podcast Unravel says that the violent details in specific stories are often a necessity of the genre.

“We have included some graphic detail on some of our shows, but it generally has to be really specific about the problem of solving the crime,” he tells upstart. “There was a scene in ‘Blood on the Tracks’ season one where we had to describe where the different body parts of that young guy ended up on the train track.”

The Australian Classification Board (ACB), established in 1970, aims to provide advice about the content of film and other media protecting consumers from unsuitable content. Unlike TV shows or video games, podcasts aren’t held to a classification system making them easily accessible to anyone with a streaming service.

What about younger audiences who listen to these podcasts? If graphic details of violent crimes are often required in true crime podcasts, should they be classified like TV shows, movies, or video games?

A spokesperson from the ACB tells upstart that making sure disturbing content didn’t reach the younger generation was their number one goal.

“Protecting children from content that may concern is central to the objectives of the Classification Board, as is enabling adults to choose what they read, hear, see and play. We seek to protect younger people from content, including true crime-related film and game content,” says the spokesperson.

However, the spokesperson also says that podcasts fall “outside the remit” of the National Classification Scheme and that the Board “do not have an official position” when it comes to Apple and Spotify streaming services. This means podcasts do not have to be classified before being published, regardless of their content.

Walker says that a classification system could be a good thing for the type of content that he produces. The problem is implementing a new set of guidelines.

“How would you create the rating system? I mean, it could be an industry initiative. I think it’s a good thing to talk about and debate,” he says.

Walker acknowledges that the content of podcasts could be harmful and knows that he also has a younger audience who listen to his podcast.

“I have teenage sons and I know that they’re exposed to all sorts of things way before they’re old enough to understand it, process it or know that it could be bad for them,” he says.

If the ACB doesn’t have the power to classify and control the content in podcasts, Walker believes platforms could take the initiative and develop a system that warns listeners on what content is suitable for certain age groups.

“Maybe put the onus on the platform, because they’re the ones who are really benefiting from this content,” he says.

“The whole internet is the wild west, and we know that it’s really hard to contain. All these platforms, Facebook etc, are bad at self-regulation. So maybe it will wind up being part of reining in the internet more generally.”

Unless regulations change to give the ACB the ability to start classifying podcasts, audiences will only hear a quick disclaimer warning listeners that the upcoming episode includes graphic content.

Walker, who admits to being affected by the traumatic content he covers himself, ensures auditory and written warnings are present for every episode. He understands how crucial these warnings are and hopes it’s enough protection to keep younger people away from harmful content.

“You don’t want to enable kids. You don’t want them listening to something that really is not for them. So, making sure that those kinds of warnings happen in your show and in your text blurbs is very important.”

Photo: Held at Gunpoint by Maxim Hopman available HERE, and used under Creative Commons Attribution. The image has not been modified.

Article: Jordan McCarthy is a second-year Bachelor of Media and Communication (Journalism) student at La Trobe University. You can follow him on Twitter @JordoMc85.