Buy now, pay later services are playing by their own rules. 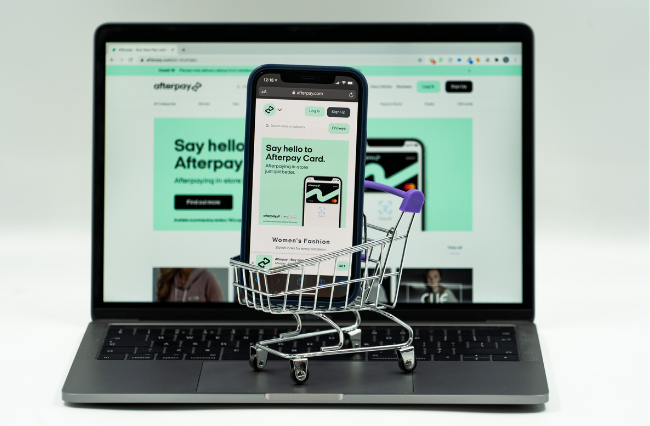 From grocery shopping to buying clothes, almost every time someone goes to buy something in store or online, there’s an offer to pay through these companies’ instalment plans.

And with the cost of living on the rise, many Australian millennials are making the switch to what is known as “Buy now, Pay later” (BNPL) services like Afterpay, Zip, Klarna, Humm and more to buy the things they want or need.

For regular Afterpay user Caroline Nowack, a second-year student at La Trobe University, Afterpay has made it easier for her to stick to a budget while also being able to buy the things she wants, like skin care bundles and electronics.

“I have a strict budget for myself, and utilise buy now, pay later so I can stick to my budget while also having the items I need,” she tells upstart.

It seems simple enough: Someone makes a purchase, and instead of paying the whole amount upfront, it’s split into a few easy payments. Different companies will even send out text and email reminders before the next payment is charged, so it won’t come as a surprise.

Millennials are the most frequent users of BNPL, according to a nationally representative survey by the Australian Consumers’ Association. This is significant because young people are more likely to struggle with financial hardship, especially when they have credit debt.

However, it’s not just millennials who are at risk. Circumstances can change frequently, affecting a user’s ability to pay back everything on time. Anyone can be subject to unplanned costs, such as unexpected unemployment, a car accident or other unforeseen financial responsibilities.

And if someone can’t make their payment, that’s when problems can arise.

“Buy now, pay later can seem helpful at first, but it can be easy to get into trouble if you make too many purchases and cannot make payments on time,” he tells upstart.

While most of the BNPL services don’t charge any interest, extra costs can add up if someone misses their payment deadlines. Afterpay’s initial late fee is $10, and a further $7 is charged if the payment remains unpaid for seven days after that.

Unfortunately, there aren’t a lot of options if someone can’t pay off their bill. The repayment plans Afterpay and other BNPL companies offer aren’t customiseable, which means that once someone uses the service, they’re locked into that payment schedule where they can afford it or not.

Another issue is that, as Australia’s National Debt Helplines website notes, buy now, pay later lenders are not covered by the National Consumer Credit Code. Bruce says that BNPL services are exempt from these types of laws because the product they’re offering isn’t technically credit.

“There is no legal obligation for buy now, pay later lenders to check if you can safely repay your debt or to consider any financial hardship,” he says. “This could leave you struggling if you have trouble making your repayments.”

In 2021, Afterpay increased its popularity by recording approximately 3.6 million active users in Australia and New Zealand, resulting in an eight percent increase from the year prior. Nowack says that because these services are becoming more popular, especially among the younger generation, it’s important to understand the risks.

“Constantly putting frivolous things on it makes it add up super fast, and you have no one to blame but yourself,” she says.

“Don’t fall into the trap of seeing ‘free money’ and try to stick to around two services only. You can fall into hot water very quickly if you are using multiple services and are not vigilant in monitoring the repayments.”

Part of the appeal of BNPL services for millennials is that they’re not credit cards. Because of this, Afterpay and other BNPL platforms can look like a decent alternative. But even though most of these companies don’t have to investigate anyone’s history before signing up, some BNPL services do report their user’s credit.

Nowack says in the end it comes down to responsibility. Afterpay and other BNPL services aren’t bad. They simply depend on how a person is using them, which is the same with any other type of debt.

“Buy now, pay later can be a great tool to prevent waste and maximise a student budget, but you absolutely need to have a handle on your finances before diving in, and stay on top of what you owe and how you use it.”

Article: Chloe Ostler is a third-year Bachelor of Media and Communication (Journalism) student at La Trobe University. You can follow her on Twitter @chloeostler.

Photo: ‘Buy Now Pay Later with Afterpay’ by DealDrop.com Images is available HERE and used under the a Creative Commons License. The photo has not been modified.