Through youth groups and the guidance of leaders, young people find a happy place where they feel at home. 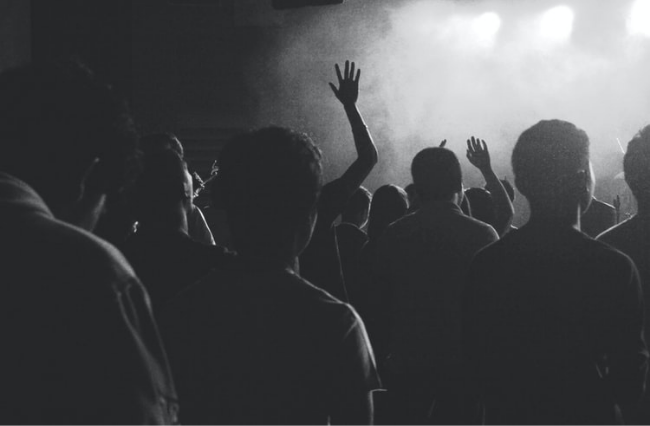 The life lessons learnt from leading a youth group moulded Sam Lui into the person he is today. The experience of bringing young people together, growing a community and building a family has given him many moments to remember.

“Just seeing young people grow in their faith. Those were the moments I thought ‘this is exactly why I wanted to become a leader’,” Lui told upstart.

The chance for him to become a youth leader came during an internship at Neuma Church. He was told by a youth pastor that there was an opportunity to help the youth in Victoria’s west.

“I just prayed about it, looked at it practically and logically, considered it and thought ‘yeah this is a move that will benefit the youth’. It was not so much about me, but how I can help out the youth,” he said.

Neuma is a Pentecostal Church, part of the Australian Christian Churches movement. The church currently has four campuses: their city campus in Richmond, Neuma East in Doncaster, Neuma West in St Albans and an overseas campus in Bangkok. Each campus has its own youth group, where anyone is welcomed.

Neuma runs youth groups where young people can meet, connect and support each other. On top of the social interaction, leaders like Lui ensure youth nights are organised by setting up activities to engage the group.

A typical youth night at Neuma involves meeting at a group member’s house to participate in a variety of activities including video games, cooking or playing pool. Occasionally, the group goes out together, and sometimes they do “all-in” nights, where all of Neuma’s youth groups meet at their city campus.

To make this happen in an organised fashion, leaders are positioned in each group to invest in the journeys and development of those who attend.

Lui led a tight-knit youth group at Neuma’s west campus along with his partner, holding the reins from 2018 before recently passing the torch this year. While anxious about leading the group, but having a good perspective and knowing he would be helping the community eased those feelings.

“From a faith point of view, there’s no need to stress because we’re not doing this as a performance. It’s for the glory of the Lord and he doesn’t require a standard in terms of performing well,” he said.

Study is the most important element of youth nights. For Christians, it’s imperative to learn from the Bible and pass that knowledge on to others, particularly younger generations.

The primary goal for Lui as a leader was to lead the youth closer to God, grow their relationship with Him and follow their journeys. Another goal was to grow the ministry, welcoming new people in for the opportunity to find and grow in their own faith.

“There were a couple of times people came up either before or after youth to say ‘hey man, can I have a chat to you one-on-one or maybe give me a call or text mid-week?’ Or ‘hey I’ve got this going on, I need you just to back me or just give me support.’ Not necessarily advice, but just to be there for them,” he said.

When it comes to growing others into leaders, it’s not about forcing them into a position of leadership, but guiding them and recommending a potential opportunity that would build on their leadership skills such as volunteering.

“It takes time with these young people. Some are ready, some aren’t, but that’s all good. Just get around them and support them as much as you can. Give them a challenge as well here and there, a bit of a push, a bit of a stretch. [I] Don’t want them to be complacent where they are,” he said.

Joehanna Aromin has been involved with the group for the past five years. The sense of love and sincerity during youth is something she has been thankful for.

She was inspired by the leadership at West Youth, with it influencing her personal faith journey. Sam and his partner weren’t just leaders to her, but also close friends.

“Sam and Abi [his partner] are great and genuine leaders. They are dedicated and never fail to make me feel loved and included at youth. I look up to them a lot,” she said.

At this stage, Lui is still in search of another church to help, but he certainly made his mark at Neuma Church.

Article: Stephen Riosa is a third-year Bachelor of Media and Communications (Sport Journalism) student at La Trobe University. You can follow him on Twitter @stephenriosa.

Photo: A crowd at a concert photo by Hannah Rodrigo available HERE and used under a Creative Commons Attribution. The image has been resized.