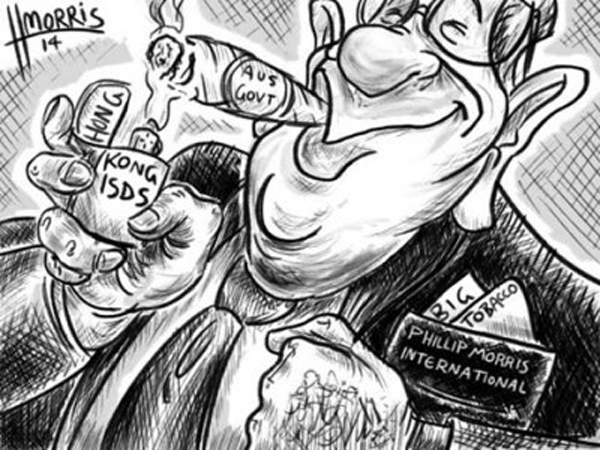 International free trade agreements, or FTAs, are a testament to the interdependence of the world’s largest economies. However, these agreements also have the potential to unravel centuries of democratic principles with a little thing called ‘investor-state dispute settlement’.

Investor-state dispute settlements (ISDS) are clauses written into free trade agreements that allow companies to take foreign governments to an opaque international tribunal or arbitration if they feel that any of the government’s laws somehow substantially infringe on their investments within said country.

At first glance, this process seems fair. Why shouldn’t businesses have the right to try and protect their investments from meddlesome governments?

But the reality is that these clauses create loopholes for foreign corporations to challenge legislation made by democratically elected governments, simply because they feel these laws are contradictory to their business interests.

What’s concerning here is that with every signature to agreements featuring ISDS clauses, nations risk signing away a slice of their sovereignty.

Consumer rights activist group, CHOICE, has campaigned against trade agreements with ISDS clauses because they believe such clauses are not in the Australian public’s best interest. 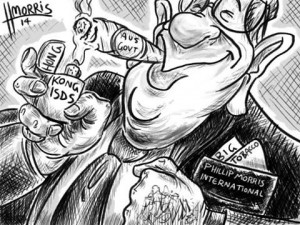 A spokesperson from CHOICE, has told upstart that ISDS clauses are concerning because they pose considerable risks to Australian consumers.

“Our concern with ISDS clauses is that they tie the hands of future Australian parliaments, by exposing Australia to challenges by foreign companies where future improvements to consumer protection threaten the profits of those companies.”

So what is the cause of CHOICE’s concerns?

Well, if the arbitrator settles in favour of the company, the monetary reward can be substantial, and that’s not even including legal costs. Therefore, any legislation that is put forward in parliament, will likely be shadowed by a cloud of scrutiny and doubt because it may end up punishing the people it is trying to protect.

US-based oil and gas company, Lone Pine Resources Inc, is using the ISDS clause in the North American Free Trade Agreement to sue the government of Quebec for imposing a moratorium on the controversial process of ‘fracking’ while it investigates possible environmental consequences.

Admittedly this case is unique because Vattenfall is completely owned by the Swedish government, but it is still an example of a foreign company abusing the clauses set out in an international treaty to override the laws implemented by a democratic government.

Australia is no stranger to the dangers of ISDS either.

British American Tobacco Australia, Imperial Tobacco, Japan Tobacco International, and Philip Morris have all unsuccessfully attempted to sue the Australian Government for compensation in the High Court after plain packaging legislation was passed through the federal parliament.

Philip Morris has taken their battle a step further by using their Hong-Kong based investments as a way to sue Australia through the ISDS clause embedded in the Bilateral Investment Treaty signed between the two countries in 1993.

CHOICE sees this case as an example of “how an ISDS clause can be used to challenge a legitimate action of an Australian government that had not been imagined at the time the agreement including the ISDS clause was negotiated”.

University of Melbourne law professor, Tania Voon, has told the Global Mail that she doesn’t even expect the tobacco company to win, echoing CHOICE’s concerns that ISDSs are being utilised as a deterrent.

“I think one of the purposes of bringing these cases is to drain resources of the government, and delay things as much as possible, and in that process to hope to discourage other countries from adopting similar measures,” she says.

ISDS has been seen to be such a detriment to Australia’s interests that even John Howard, despite his American-loving reputation, refused to sign up to any Australian-American FTA which included the clause.

It is hard to determine what the current government’s attitude is towards ISDS because it has signed only two free trade agreements so far.

The Korean-Australia FTA does contain an ISDS clause, but the Japan-Australia Economic Partnership Agreement does not. However, these were negotiated largely by the previous Labor government and it is not clear which party agreed on what.

This year, all eyes will be focused on the wrap up of negotiations of the largest free trade agreement in history, the Trans-Pacific Partnership, which will contain a record twelve signatory countries.

In other words, another dozen countries Australia could be held to ransom by.

Hopefully Australia will learn from its mistakes and refuse to bite off more than it can chew.

Campbell Elmer is a third-year Bachelor of Journalism student at La Trobe University, and a staff writer for upstart. You can follow him on Twitter: @CampbellElmer.