One of the worst hay fever seasons in years is here, and some of us will feel the itch more than others, writes Thomas Odell. 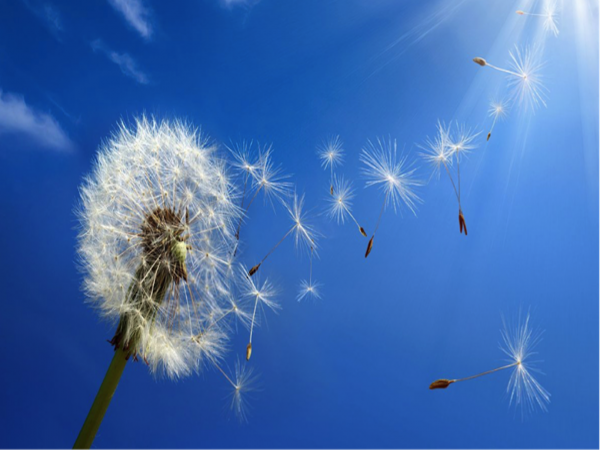 The alarm sounds, and I wake up to the September warmth as the sun peers in through my bedroom curtains. But wait, oh no, here it comes. That first sneeze hits, and it’s official, hay fever season is here.

I lay in bed, helpless to the might of the stealthy pollen molecule that has somehow made its way under the door, dodging dust and dirt on its way to my nose. The next sneeze hits, and a familiar pattern sets in.

One in five Australians suffer from hay fever every year.

It’s that time of year when we reach for the tissue box and interrupt conversations with intermittent sneezing, sniffling and scratching.

And just to rub pollen into your eyes, the forecast is not good. This is set to be one of the worst hay fever seasons in recent years.

The Bureau of Meteorology blames high winter rainfall, which will make the grass grow longer and the pollen fresher.

Experts warn 2016 #hayfever season will be the worst in years. Here is what you can do https://t.co/ovshNtdfcS pic.twitter.com/nVV7SsEBFM

Professor Mimi Tang is a Victorian allergy specialist at the Murdoch Children’s Research Institute, and says the recent warm weather will also have an impact on our symptoms.

“Many flowering plants have already started to bloom and release their pollen and spores into the air,” she tells upstart.

“This also means many people who are affected by hay fever have already started experiencing symptoms much earlier in the season than they would normally.”

Finding the right medication is often a struggle.

Professor Tang says the best medication is not necessarily in tablet form.

“Antihistamines can target some of the milder symptoms of hay fever such as sneezing and itching but they are less effective at controlling congestion,” she says.

“The best medicines available are the topical corticosteroid nasal sprays which target all of the symptoms, including congestion.

“These medicines work best by protecting against symptoms.

“This means they should be started early before the pollen season hits (now) as they will work much more effectively to keep symptoms away.”

She is also an ambassador for the Hay Fever Help campaign, which is running through September for those of us who need a little extra help managing our symptoms.

“It is being supported by allergy experts across Australia and is fronted by leading lifestyle and media commentator Shelly Horton who personally suffers from hay fever,” she says.

The website allows you to find your local doctor and assess the pollen count in your area.

Tang says if you have exhausted every other avenue, then visit your GP.

“If symptoms are causing you discomfort, your GP can assess the symptoms and examine the nasal lining as well as explore for complications resulting from poorly controlled hay fever such as sinusitis, ear infections, [and] sleep disturbance,” she says.

“Based on the symptoms/problems identified, the GP can provide advice on appropriate treatment.”

She also offers some advice on little things that will help decrease our chances of suffering.

“Keep the windows in your home closed. This will help to limit the amount of pollen coming inside and acting as a trigger for symptoms.

“Use the recirculation option in the car. Some newer cars can also have special air filters that trap pollen so this may not be necessary.

“[And] dry clothes and sheets inside rather than outside on a line. This is because pollen can stick to the fabric and exacerbate hay fever symptoms.”

is a second year Bachelor of Journalism (Sport) student at La Trobe University. You can follow him on Twitter: @tomodell18