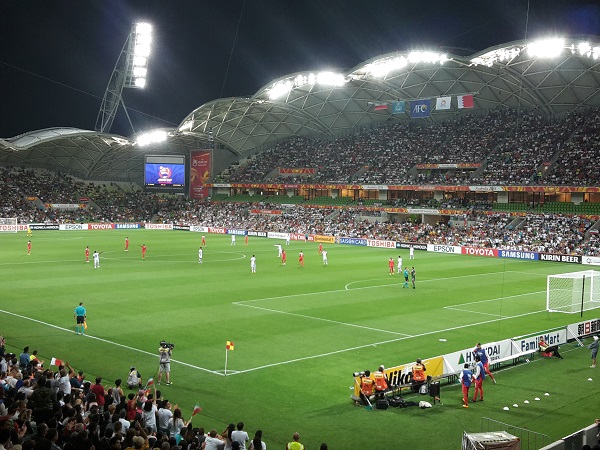 A messy spat between two of the biggest organisations in Australian soccer has blown up.

The players’s union, the Professional Footballers Australia (PFA), released a statement on Wednesday saying that the game’s governing body, Football Federation Australia (FFA), had withdrawn their recognition of the group.

The FFA responded with its own statement, saying that it was still prepared to recognise the PFA, and accusing the union of its own intransigence.

The FFA accused the PFA of cancelling a meeting to discuss a new collective bargaining agreement (CBA) “after the scheduled start time”.

It’s this CBA that has been a partial driving cause of the issue between the two parties.

Beau Busch, PFA spokesperson, tells upstart that negotiations have been long and tricky.

“We’ve been trying to reach an agreement on a ‘whole of game’ CBA, which would include the Socceroos, A-League and Matildas players in one agreement, since August last year, so these negotiations have been ongoing for a very long time,” he says.

“Over a month ago… FFA provided us with written notification that they would terminate the memorandum of understanding, so it’s all taken place with this backdrop of CBA negotiations taking place.”

The memorandum of understanding (MOU) between the groups was an ongoing agreement that allowed the PFA to deal with the FFA on behalf of the players.

The MOU had been in place since 2007. Busch says that with its removal, the players will no longer have legal protections in negotiations.

“As soon as that MOU expires they [the players] are extremely exposed, because that’s the last legal agreement that the FFA and the PFA have,” he says.

The PFA is unhappy with several elements of the FFA’s proposals, including a freeze on the A-League salary cap, reduced payments for players selected to the national team, and the poor remuneration for the women’s national side.

The PFA was shocked when the governing body changed the financial rules for the A-League, the nation’s premier competition, which will be implemented in the 2016/17 season.

Chief soccer reporter for The Australian, Ray Gatt, tells upstart that it’s likely the FFA were impatient with the length of the negotiations.

He says that they probably went ahead with the new rules unilaterally as a show of strength, and that he thinks the FFA are trying to get the upper hand.

“No doubt they want to bring the PFA under a bit of control rather than having to relent to their demands all the time,” he says. “I’d say FFA have been looking at ways to try and assert some authority or get the higher ground.”

The new rules made significant changes to player payments, with fewer restrictions on paying certain players outside of the cap. Money has been set aside for both marquee players and veterans, and more flexibility was given for guest players.

The PFA feel, however, that the new guidelines were implemented behind their back.

Some of the new rules run counter to what the PFA were campaigning for.

For example, the FFA has frozen the salary cap at $2.55 million after the PFA asked for it to be gradually increased every season.

Contract security is another issue that the PFA say the FFA is ignoring.

Many A-League players in the competition’s history have been left out of pocket by owners unable to pay them, and the PFA want guarantees that all contracts will be fulfilled.

Busch says that player strikes are a last resort.

“We’re not taking any options off the table at all, so the PFA and its legal team are exploring all their legal and industrial options,” he says.

“Our preference is obviously to get a deal done across the table, that is in the best interest of the game, and that is what we’re looking to pursue.”

Gatt says that a strike is unlikely, but rates the threat as credible.

“But, I don’t think PFA are in a mood to muck around or give ground. Neither party will want to back down or be seen to back down.”

One thing that is for certain is that both parties will wish to sort this out quickly, to avoid casting a shadow on the start of the domestic season in October.