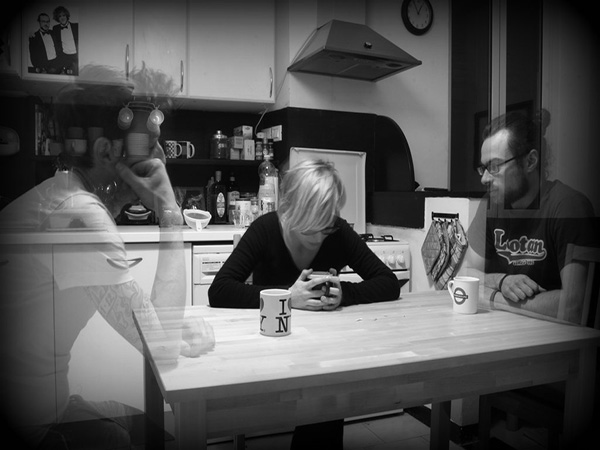 Misrepresentations of psychotic mental illness are rife in popular culture. Stereotypes are perpetuated and Australians living with schizophrenia can face dehumanisation.

In films, schizophrenic characters are typically portrayed as violent antagonists and often display murderous tendencies. In a study conducted by Dr Patricia R. Owen, 42 characters from 41 movies were identified as having the symptoms of schizophrenia. More than 80 per cent of those characters displayed violent activity towards themselves or others, and nearly a third engaged in homicidal behaviour.

In reality, violence is not a particularly prevalent behaviour exhibited by someone living with schizophrenia. The risk of committing serious assault is higher in males aged 18 to 30 than it is for someone with a mental illness. Moreover, people with a mental illness are, in fact, more likely to be the victims of crime rather than the perpetrators.

Yet media stories relating to people living with schizophrenia are overwhelmingly negative and sensationalised, often portraying the mentally ill as crazy, dangerous and incapable of functioning. While this behaviour can occur, the proliferation of this generalisation is unfair and inaccurate.

Bernie McCormick, an Australian living with schizophrenia, is an example of this. He has faced serious prejudice as a result of his condition.

“Stigma is everywhere. It’s invasive, insidious and pervasive,” he says.

“I have experienced stigma in the workplace, in my family, in social situations, at the milk bar and in the consumer movement, and people think they have a right to judge you … because they don’t have a mental illness,” he says.

Sandy Jeffs was diagnosed with schizophrenia in 1976 as a 23-year-old. She has experienced the full gamut of symptoms including delusional thinking, paranoia and visual and auditory hallucinations.

Despite this, Sandy has gone on to be a published author, poet and public speaker. She describes herself as a “public face for the often misunderstood label of schizophrenia”.

But due to the omnipresent stigma associated with her illness, Sandy has faced widespread discrimination. She recalls trying to join a yoga class but being refused entry when she disclosed that she had schizophrenia.

Sandy and Bernie explain that negative stereotypes can lead to a person living with schizophrenia being dismissed before who they are or what they do are even considered.

A number of organisations, including SANE Australia, seek to change the public’s perception of mental illness. Through training, education and support, the organisation aims to improve the lives of people affected by mental disorders.

“I myself had a level of stigma around schizophrenia when I first came to SANE Australia almost 30 years ago,” says Jack Heath, now the CEO of the organisation.

“I was surprised when I came to SANE and met people holding down full-time jobs while living with schizophrenia or going around and speaking about the issue to people,” he says.

Through initiatives like StigmaWatch, SANE works to get appropriate descriptions of mental illness and accurate portrayals of individuals in the media.

StigmaWatch seeks to act as a watchdog for media stories, adverts and representations, in order to reduce stigma. Its aim is to inform organisations when their material is inappropriate.

Heath concedes that there’s been very little progress in fostering a better public understanding of schizophrenia, but says programs like StigmaWatch have improved the way in which mental illness and suicide are reported.

So, what exactly is schizophrenia?

“In contemporary times it’s probably best understood as being characterised by having delusions, beliefs that are clearly false to almost everyone else, yet in the face of evidence that the beliefs are clearly untrue or couldn’t possible be true the person remains convinced,” he says.

In Australia, it is estimated that there are between 150,000 to 200,000 people living with schizophrenia. The majority are functioning members of society.

Readdressing the half-truth is vital. It will mean those diagnosed with schizophrenia, and those who are displaying symptoms of the illness, are treated more fairly and will be more likely to seek professional help without the added apprehension.

“People need appropriate treatment and support, we want people to feel comfortable talking about their condition so the reduction of stigma is critical,” says Heath.

In order to do this, SANE is advocating a multi-year, broad public awareness campaign targeting different sectors of the community.

The agenda for organisations like SANE and individuals like Sandy and Bernie is to raise compassion, respect and understanding for the mentally ill.

Ultimately, the goal is to create an environment where people with schizophrenia are no longer defined by their illness, but rather by who they are as people.