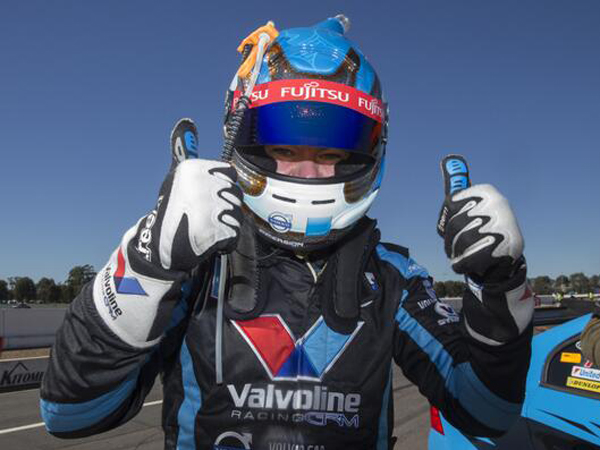 Australian motorsport fans know that with each new season of V8 Supercars, you can expect two things: excitement and drama.

So far, the 2014 season has been no exception, with each round being just as thrilling as the last. On the weekend, at the Barbagallo Raceway in Perth, there was one surprising result. But first, lets go back a bit.

In the last round of the V8 Supercars, the big story was that Ford’s Pepsi Max young-gun Chaz Mostert won his first V8 Supercars race.

But more surprisingly, no drivers were caught infringing on pit lane regulations, something that has been a talking point in recent rounds.

The Perth 400 was the first time the V8 Supercars had hit the asphalt since the previous round at the Auckland ITM 500, where the last penalty was handed down for breaking the speed limit in pit lane.

The racing stewards quickly imposed a pit lane speeding penalty against Nissan’s Todd Kelly for the infringement, which saw a significant drop in penalties from the round prior to that.

That round in question was the Winton 400 in which five drivers, including Kiwi youngster Scott McLaughlin, were forced to suffer drive-through penalties after speeding into pit lane, killing any chance of winning.

What made it a bitter pill to swallow for the Volvo driver was that at the beginning of the race he set pole and ultimately finished in 16th position.

The 20-year-old then won pole in race three and was still contending for the lead when caught speeding.

“We knew this was going to be our bogey track… I don’t think I sped but rules are rules,” he said ruefully, speaking to ABC Radio.

Two rounds have passed since, with only one penalty between them and it seems the drivers have adapted quickly so they don’t have to undergo the same heartbreak as McLaughlin.

From such a contrast two rounds ago, was what happened at Winton an anomaly? Trying to pinpoint where the problem arises when drivers do get penalised may be easier than first thought.

Winton Motor Raceway scrutineer Tony Lugg ,who was working at that race, believes the problem is solely the driver’s responsibly and they have begun to adapt accordingly.

“It’s just like how everyone complains about speed cameras, but if you don’t speed you don’t get caught.”

Where the problem seems to arise is in the discrepancies between the two speed checking devices that officials use. One is an external radar gun operated manually within pit lane and the other is an electronic transmitter inside the car which records speeds when the car runs over sensors in the road.

“You can’t really argue with the time over distance recordings,” says Lugg.

When asked what racers should do to try and combat this, the answer is simple. Drivers must bring it upon themselves to make sure they are driving slow enough when crossing the white line into the pits.

“With pit stops, half a second could mean you gain an advantage and could get out before someone else. That’s why they’re all on the raggered edge to get in and out as fast as they can,” says Lugg.

But are the penalties being handed out by officials justified or do they need to be changed? When we look at other forms of motorsport around the world, every single one has some form of speed limit for pit lane and subsequent consequences for breaking the rules.

In NASCAR, speeding while entering or exiting pit lane results in a drive-through penalty or even restarting at the very end of the line.

In F1 however, there are different speed limits to consider for different cities; a hefty fine of $250 per km/h above the limit in practice and qualifying, but only a ‘stop/go’ penalty during the race.

Not long after, F1 cars began to be fitted with a button on the steering wheel that imposes a computer controlled speed limit to the car.

For now the 2014 V8 Supercars series can continue with no change needed for pit penalties, fans just have to hope the drivers are on the ball as they roll into the pits.