Is Australia's reputation as a sporting nation taking its toll on the arts industry? 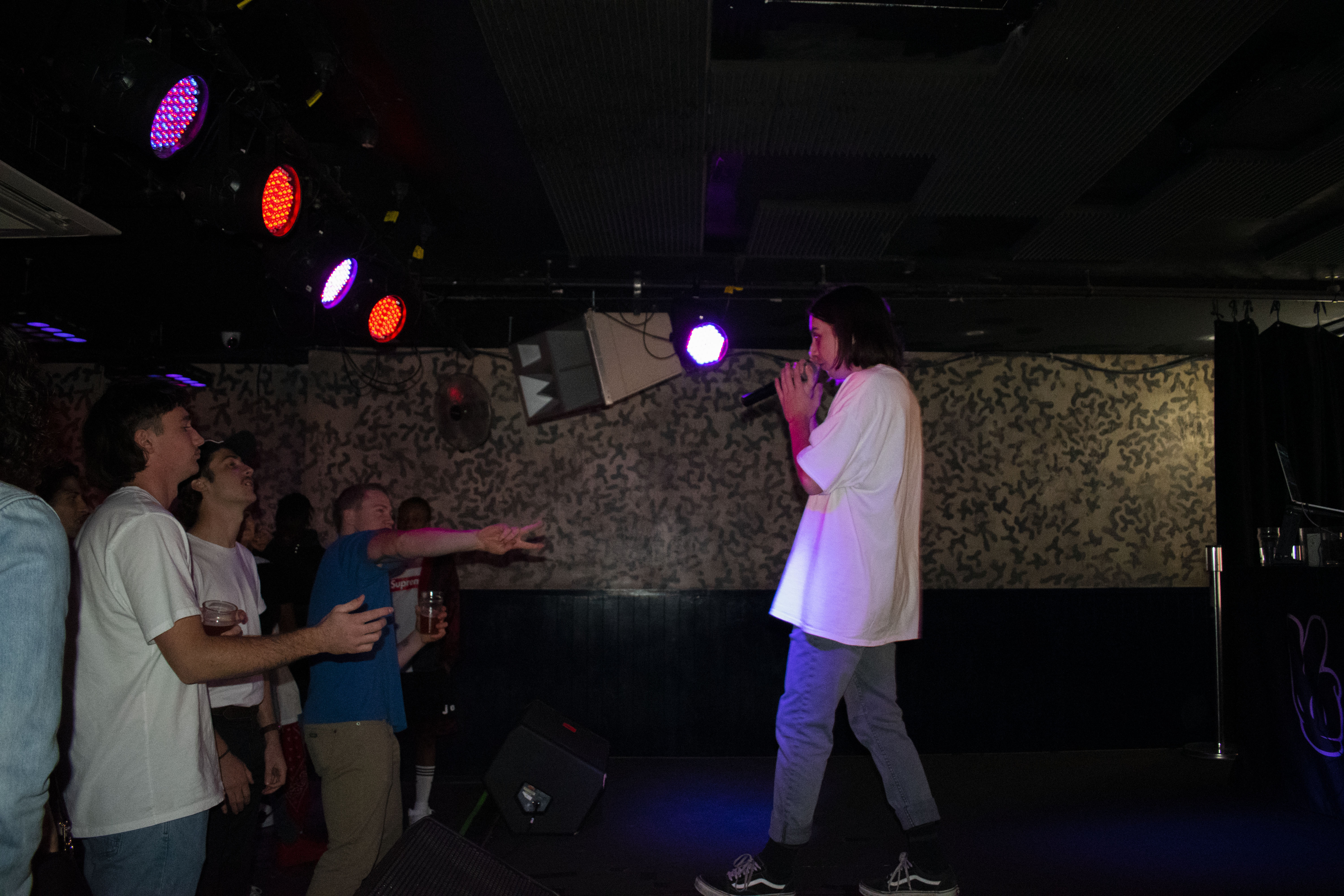 When Australian pop artist Jack River performed at the Great Southern Nights concert at Sydney’s Qudos Bank Arena back in November, she voiced her frustrations that just a few months before, Premier Gladys Berejiklian had allowed the NRL Grand Final to go ahead at ANZ Stadium with roughly 80,000 people, or 50 percent crowd capacity.

“I was thinking we could start classifying events like this as football matches,” River told the crowd.

And she’s not the only one voicing frustration at the inconsistency in treatment. Recently, Australian singer Tina Arena came to the arts industry’s defence, prompted by the lack of support and government assistance during the COVID-19 lockdowns for the suffering arts community.

“I also hate the differentiation between sport and arts in Australia,” she told Studio 10. “It’s now at a point where, for me, somebody needs to draw the line. So, as the artistic community we will draw the line in the sand now. We will say ‘no more of your double standards’ now.”

This debate is one that was being argued long before the pandemic. Sports of all sorts are recognised worldwide as an intrinsic part of Australian culture, and a lot of money goes to funding sports clubs, programs, facilities and spaces. But has sport perhaps been disproportionately advantaged over other aspects that make up our culture, like the Australian arts industry?

Associate Professor Jo Caust, whose research interests are arts and government, arts leadership and cultural policy, believes that one root cause of funding disparity is that there is great emphasis placed on Australia as a sporting nation, which does not accurately depict what Australians are all about.

“I think you’ve got the framing of the Australian culture as that it’s all about sport and mateship and so on, and I think that is very much…dominated by, generally, white men, and it also doesn’t acknowledge the fact that we have a really rich culture,” she tells upstart.

“There is a whole lot happening in Australia, but it’s not acknowledged at the political level…[politicians] don’t see the arts as anything but something that is periphery and not essential to the fundamental meaning of the nation.”

The Australian arts industry has struggled for years to be treated on an equal playing field with Australian sports, and the COVID-19 pandemic has in many ways exacerbated the pre-existing inequities. However, this isn’t to suggest that there is a war between sport and the arts, as one of the owners of No Vacancy Gallery in Melbourne’s CBD, Matthew Naturani, tells upstart.

“I don’t think footy fans spit at the NGV when they walk past and I don’t think art fans get pissed off at the MCG either. We can definitely all co-exist.”

The divide between the arts and sports sectors in Australia is something that seems to occur at a higher, structural level.

“I suppose though, back to sort of the crux of the topic, there is undeniably a bias towards the sports in the way they have been allowed to operate through COVID-19, and I think that is complex,” Naturani says.

In fact, Australia has a global reputation in the arts. There are huge festivals such as Splendour in the Grass, world ranking dance companies such as The Australian Ballet, writers festivals, comedy festivals, and one of the largest cinema industries in the world. Not to mention galleries and dance companies and publishing houses disseminating the art of the oldest known culture in the world, Aboriginal and Torres Strait Islanders.

Researcher on government policy, economics and sport and professor of economics at the University of Adelaide, Richard Pomfret, tells upstart he believes there is a lack of understanding about what constitutes the arts in Australia, leading to misinterpretations, especially when compared to sport.

“There is this attitude too, I think, from politicians that sports are more something for the people, whereas opera is more elitist, and, at the moment, politicians of both parties are not sulky, inner-city, opera-going champagne drinkers,” he says.

Actually, according to the Australia Council, what constitutes the arts can range from the more obvious things like music, theatre and performing arts, all the way to arts festivals, community arts and cultural development, visual arts, and crafts.

Culture Counts is a company which has developed a software platform that is designed to measure the value that the arts generates beyond numbered statistics. Its manager, Georgia Moore, is trying to use it to highlight not only what counts as arts, but also the benefits that come with it.

“[It’s] just really remembering that all of that stuff is part of the arts. It’s not just the fact that I attend the opera, and just realising that it is really part of the fabric of our lives and it is really important in making us think and feel and connect to other people and all that sort of stuff,” she tells upstart.

“The arts has always really struggled to articulate the value that it generates, so art focuses a lot on measuring the number of people that attend, number of people that participate in the arts, but not the longer term outcomes that the arts generates and the really important parts like how it opens our minds and how it helps us to learn things and challenge things and to, I suppose, make sense of the world based on an understanding of the various things that the arts can promote.”

The centrality of sport in Australian culture is often because of its associations with health and wellbeing, as well as the social aspect, particularly when it comes to kids sport. Because data like this is tangible and often numbers-based, Moore believes this has a lot to do with why government funding is skewed towards the sports industry.

Because of this inability to easily communicate the benefits of the arts, public funding, especially for private institutions and single practitioners, is hard to come by. Looking at the 2021 Budget, the Federal Government delivered around $300 million to “help activate and support the successful re‑opening of Australia’s creative and cultural sector”. There was also an additional $125 million allocated for Restart Investment to Sustain and Expand (RISE) Fund grants for new projects within the arts industry, $20 million for the SCREEN program, and an extension of six months for the $50 million Temporary Interruption Fund.

However, Caust says there “was a bit of sleight of hand” here, which is “quite common in any kind of arts funding situation”, as many initiatives that were included in the $300 million had previously been announced, so it wasn’t a completely new budget. It is also important to note that some of this money comes in the form of a loan rather than grants for businesses, meaning that the money will have to be paid back at some point, and will often accrue interest. A lot of this money was also budgeted because of the pandemic. So, the question could be asked, what would the budget have been if it weren’t for COVID-19?

While this is less than what is allocated to the arts sector, individual states also contribute to their own sports budgets. For example, the Western Australian government is giving their sports and recreation sector a $167 million boost over the next four years, while the arts will be given just $28 million.

Even if you were looking at bums on seats and feet on floors, something still doesn’t add up. Looking at the results of National Arts Participation survey conducted in late 2019, it found that 98 percent of Australians appear to engage with the arts, with more than two in three Australians attending an arts event in person before COVID-19, and more than one in three connecting with and sharing their cultural backgrounds through arts and creativity.

Similarly, sports participation sits at 89 percent of Australian adults, while of the 71 percent of children who participated in organised after-school activities, 68 percent of them also participated in sport-related activities. With the numbers are high for both, it’s hard to work out why one sector gets so much more funding over the other.

The disparities between the sports and the arts in Australia can often be physically seen through the differences in the taxpayer funded facilities for both sectors. For example, the Australian Maritime Museum cost $70 million to build back in 1989, which equates to roughly $154 million today. Compare this to the NSW government’s refurbishment of ANZ Stadium at Sydney Olympic park, committing $810 million to the project in 2018.

Pomfret himself looked at the case of the construction of Adelaide Oval for his book, and was shocked at what information he could and could not find about the project.

“It surprised me just how completely it’s taxpayer-financed, how non-transparent the financing was, and that situation left a very little assessment of a project in terms of its environmental effects, effects on traffic and so on,” he says.

This has left many like Pomfret and Moore questioning how the government makes its budget decisions, and if there needs to be more transparency and public input into these decisions.

“I think at its heart, all public funding decisions should be made based on some sort of evidence, or of the impact that funding has on Australian people,” Moore says.

“Politicians are limited in the data and the evidence that they have to make those decisions, but they can certainly put money into understanding those things more and understanding longer-term impacts more. Asking people questions about benefits that they get through their experiences, and making their decisions based on that kind of information, so trying to seek out more of that useful info to make the best decisions that they can.”

Pomfret suggests perhaps more education is needed so the public can be more aware of where their taxpayer money is being spent.

“I think in Australian politics, we really do need better, more understanding of how budgets are formed at the state and at the commonwealth level, and maybe it’s to do with education as well, people are not very interested in it, so a bit more civic education of how we assess governments,” he says.

“That’s a bit idealistic, but I think it’s where we need to go.”

Article and Photo: Phoebe Doyle is a third-year Bachelor of Media and Communications (Journalism) student at La Trobe University. You can follow her @phoebedoyle_.