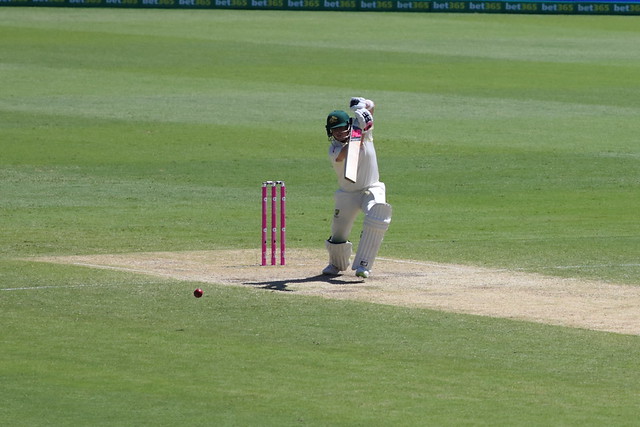 Steve Smith has picked up from where he left off after serving his 12-month suspension from cricket for his involvement in the ball-tampering scandal, posting an impressive 76 runs in the practice match against the West Indies.

Chasing a total of 230 the Aussies won comfortably taking a seven-wicket win and summing things up in the 39th over.

The former Australian captain topped scored for the side in his return game on English soil in preparation for the World Cup at the end of the month.

Teammate Shaun Marsh highlighted the importance and appreciation of having Smith back in the team despite all the controversy surrounding him.

“He’s come back in and done what he usually does: score runs. I’ve got the best seat in the house,” he said.

But it was a different tale for David Warner who struggled to get runs on the board only making 12 for the game while fellow opener Usman Khawaja’s day ended early after suffering a nasty blow to the head from a bouncer by Andre Russell.

Warner only faced 24 balls, hitting a four with his opening shot but that was as far as the highlight reel went, quickly falling to paceman Oshane Thomas.

Both Smith and Warner were greeted with silence when they stepped out onto the pitch with a mere crowd of 30 people at the Agea’s Bowls Nursery Ground. But with the Ashes and World Cup coming up the pair could be set to face plenty of noise from fans.

With another practice match against England on Saturday, the banned duo will have to be prepared to cop the barrage of abuse from the hostile England crowd.

Shaun Marsh also made his presence felt at the crease piling on 55 runs and putting his hand up for a start in the World Cup side.

When asked by the Guardian about the reaction of the crowd regarding the banned duo, Warner and Smith, Marsh offered nothing but support.

“We’re ready, we’re braced for it. We’ll stick together as a team. We’ll be there for them, looking after them,” he said.

Photo: Steve Smith cover drive by David Molloy available here and used under a Creative Commons Attribution. The image has not been modified.