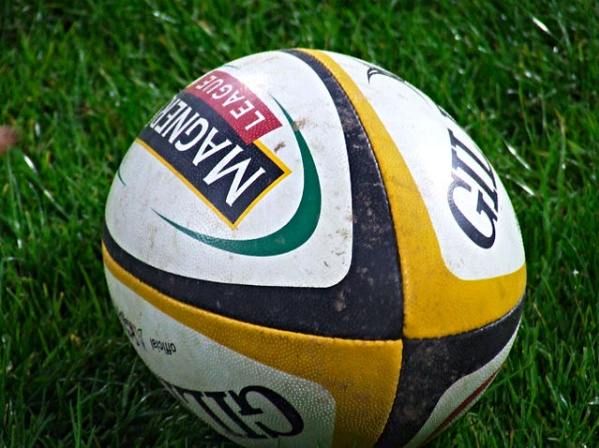 April 22, 2010 was a dark day for not just the Melbourne Storm faithful, but Australian sport in general. 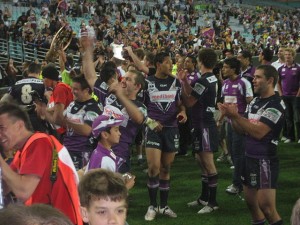 It was the day that the club officially confessed to five years of salary cap breaches, which included two premierships that were subsequently taken off them and resulted in a fine of over $1.6million.

It was one of the biggest things to happen to Australian sport. The NRL’s most successful team at the time “cheated” its way to two premierships and some of the biggest names in the game were involved.

Not only did they lose the flags and get fined, but the entire club’s reputation took the biggest hit of all.

Now almost three years later, it is evident that the Storm is right on track to redeem itself for its previous mishaps thanks to an outstanding 12 months that saw them win the 2012 NRL Premiership and the 2013 World Club Challenge … this time legally!

There were plenty of people who stuck by them at the time of the scandal, all who are reaping the rewards now.

The key to the club’s redemption has been coach Craig Bellamy, who threw his support behind the players at the time and continued his role with the club through all the hardship.

His reward was not only winning the 2012 premiership, but also leading a side that was on the brink of total disaster to glory and rubbing it in the noses of the critics who continually doubted them.

‘I obviously played my part, I suppose, but the players are the ones who rebuilt [the club],’ Bellamy said after the Storm’s 14-4 grand final win over Canterbury Bulldogs last year.

And it’s been stars Cameron Smith, Billy Slater and Cooper Cronk, who too have stuck with the club through the good, the bad and the ugly, and will also be reveling in recent success.

The final and quite possibly the most important factor for the club’s redemption is the loyalty of the die-hard fans, who backed the club to come back at the time of disaster, and today get to share in all the glory.

In the immediate aftermath of the scandal breaking, 700 more members joined the club within five days. Over 10,000 re-joined in 2011 and the same number has stuck by the side ever since, with the loyal fans ensuring the side has the full support both at home and away.

‘The come back to champions of the NRL and the world is amazing, and shows the depth of talent the Storm has and the dedication to the club the players have,’ dedicated supporter Adam Batchelor said.

‘The loyalty shown by Craig and three of the big four players [Smith, Slater, Cronk and Greg Inglis] is the reason the Storm were able to bounce back and win the World Club Championship this year, without their support we could not have done what we did.’

So to the rest of the NRL world and Australia sport, maybe its time to forgive the Storm for a dark moment in the club’s history that everyone involved deeply regrets.

But as a quality team does, the club’s community rallied together and has brought it back to its remarkable best today. It is a club that is a force to be reckoned with and a club that has regained its reputation as one of the best in the country and the world.