Parallel universes are a source of fiction in the science community but some advocates say we need to take these theories more seriously, writes Matt Marasco. 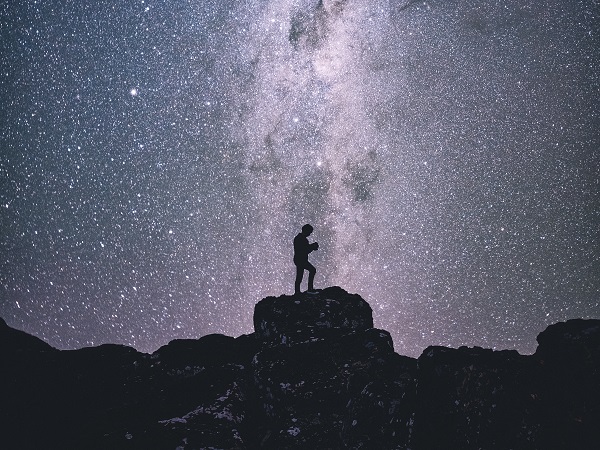 A parallel universe is a strange concept.

So strange that it is the centrepiece of several science-fiction books, films and recent Netflix series, Stranger Things. But are alternative realities so strange to warrant any plausibility from the science community? It is no surprise that the concept has multiple interpretations that make up different images of a multiverse.

Theoretical particle physicist turned science communicator, Dr Chris Lassig says that a parallel universe is exactly what it says on the box.

“It is just another universe that is separate to our own,” Dr Lassig tells upstart.

Yet, in physics there are several pictures of alternative universes. One common and controversial idea is Hugh Everett’s Many-Worlds interpretation of Quantum Mechanics.

Despite the intimidating title, it is a fascinating idea that suggests separate realities are created every time there is a branching of quantum possibilities. Or in other words, an alternative reality is created every time you make a decision. Another interpretation gives rise to higher dimensions.

“This is the idea that our universe is a four-dimensional spacetime embedded into a higher dimension reality and there could be other possibilities floating around in those higher dimensions,” Dr Lassig says.

The Head of the School of Physics at the University of Melbourne, Professor Raymond Volkas asks us to imagine parallel sheets of paper which are two dimensional slices, or “branes”.

“They are literally parallel two-dimensional manifolds, right? Now, increase the dimensionality by one to get the picture of our three-dimensional world,” Professor Volkas tells upstart.

Professor Volkas says that our universe might be one slice embedded in a higher-dimensional space where others exist in an extra dimension alongside us.

This concept is taken from – a candidate for a ‘theory of everything’ – string theory that suggests there are more than our three dimensions of height, width and depth, and of course we cannot forget time as the fourth dimension. String theory would suggest there are up to 10 or 11 dimensions. This theory is a little closer to what we observe in the nostalgic sci-fi drama, Stranger Things.

Writers of the series, Matt and Ross Duffer bring their theoretical sketch to screen with an alternative universe that is home to the Demogorgon. This blood thirsty demon prince is responsible for taking human hostages captive in a dark reflection of our existing universe.

This grim replication is often referred to as the “Upside Down” and later receives a Dungeons and Dragons interpretation from the show’s young protagonists as the “Vale of Shadows”.

The series follows three kids and a strange girl on a mission to find their friend after he goes missing. Enter Scott Clark. Perhaps the fictionalised high school physics teacher, Mr Clark can provide an illuminating account of Professor Volkas’ analysis of extra dimensions.

“Picture an acrobat standing on a tightrope and the tightrope is our dimension. And the dimension has rules; you can move forwards or backwards. But what if right next to our acrobat, there is a flea. Now the flea can also travel back and forth just like the acrobat, right? Here is where things get really interesting; the flea can also travel … alongside the rope. He can even go underneath the rope.”

Mr Clark then goes on to explain how to access the Upside Down with a demonstration of a paper plate. First, he says that you have to create a massive amount of energy to open up a tear in space and time. He folds the paper plate in half and proceeds to punch a hole through the paper with a pen: “Then, you create a doorway.”

Mr Clark’s idea of a doorway to the Vale of Shadows has some relevance to Albert Einstein’s theory of wormholes (curvatures of space and time).

“These tunnels hypothetically connect two points in our universe but it could be between two separate universes,” Dr Lassig says.

Professor Michael Murphy from the Centre for Astrophysics and Supercomputing at Swinburne University says that communicating with different life forms in parallel universes is far-fetched but it cannot be ruled out.

“If we did somehow manage to travel to other universes, we may need to be extremely careful,” Professor Murphy tells upstart.

“We may simply disintegrate upon entering one of these alternative universes,” he says.

Stranger Things might be far-fetched fiction with theories that do not exactly resemble modern science, though Dr Lassig says that future physicists will no longer be able to dismiss parallel universes as fictionalised accounts of science.

“Whether there is going to be any way to prove they are real is unknown but I think we are going to reach a stage where people will just accept they are real because all the science points in that direction.”