Three generations of women committed to the ideal of a fairer society for all. 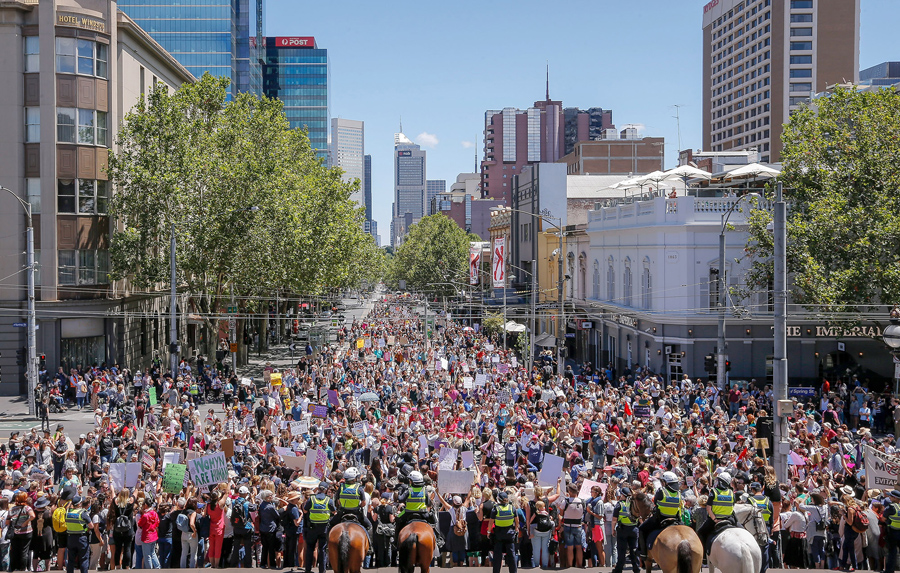 Yes, it’s a cliché that the right to protest is a basic democratic right, but what should never be underestimated is the potential of people power.

When people become politically active and join movements, they have access to the levers of power.

The following three women belong to three separate generations, however, political activism is the core of who they are.

They attend rallies but they also do a great deal of work behind the scenes, working day-in-day-out to make the world a fairer place for those who are disempowered.

For these women, notions of equality, fairness and diversity are not mere window-dressing adopted in order to appear PC. Rather, these core values are interwoven into the very fabric of their lives. 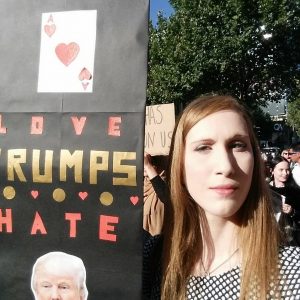 Into the second year of her Arts degree at the University of Melbourne, Ross protests on a range of issues including refugees, feminism, animal welfare, and environmental justice.

Particularly pertinent to her generation, climate change overshadows all the others and, she feels, must be urgently addressed.

“It is such a massive issue and we’ve already passed the tipping point,” she tells upstart.

For her, activism is a powerful means of expressing her opposition to unjust policies.

“Political and social issues are important because they affect everyone, not only the direct targets of injustice,” she says.

“I don’t want to be silent and give my tacit consent when I know that something is wrong.”

Despite the hostility she receives for being vocal, Ross refuses to kowtow to stereotypical views of women as polite and accommodating.

“I often get told no one will ever love you because you have strong political views. I think it is really sad that so many think this way.”

“My strong views are very off-putting for a lot of people but I am not an object and my purpose in life is not to be loved or to be a good partner.”

“If people don’t like me as a friend because of what I believe, stuff them. I don’t want to fit in, I’d prefer to stand up.”

After a difficult period in high school, this brand of courage has shaped who Ross is today.

She suffered depression in her early teens and, after reaching a crisis point, chose to use her position of privilege to help others.

“I had access to education, resources, support and a platform on which to speak,” she says.

“If I don’t want my life, it would be an incredibly selfish waste to just end it when I could use it to help other people.

“So it was around early-mid high school when I started to really get more involved. I’ve gotten a lot better since then, and I can live for my own enjoyment as well now, but the basic ideal of helping others hasn’t changed.” 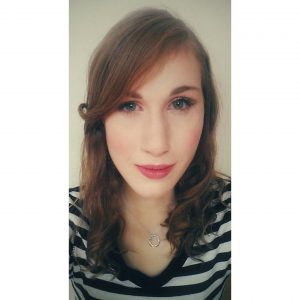 Today, her hunger for knowledge is reflected in the hours she spends reading news and analysis, and the gusto with which she embraces her course.

Though Ross has been conscious of injustice since a young age, it is her university degree that propels her activism.

“My subjects encourage you to not only think critically about the world but know that the world doesn’t have to be the way that it is,” she says.

“So much of what we take to be reality is in fact socially produced.” 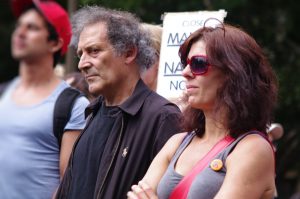 Kristalo Hrysicos protesting at a a refugee rally a couple of years ago standing with writer Arnold Zable.

Before the commitments of family came along, Hrysicos’ whole life revolved around activism.

An avowed revolutionary since her student days, Hrysicos has never been afraid to fight for justice, whether it has involved camping overnight, holding a picket line, or barricading a detention centre.

“There was the big one in Woomera, 2002, where we tore the fences down,” she tells upstart.

“We were out there highlighting the asylum seekers’ plight, supporting their right to be heard, to show what the government was doing: locking up innocent people in desert camps with no rights.”

A victim of racism in her own youth, it was Pauline Hanson’s initial rise in the late ‘90s that sparked Hrysicos’ political activism.

At that point, she joined the International Socialist Organisation.

“Being part of a political party like that was the best time of my life,” she says.

“My whole world was activism.”

Around that time, Hrysicos became heavily involved in the refugee movement, which remains an important issue for her today.

“I’d blockade the detention centre now if I didn’t have kids.” 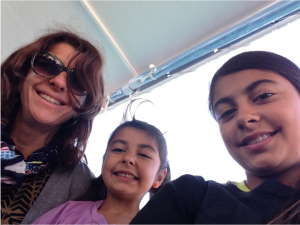 Kristalo with her two daughters

Since 1999, Hrysicos has protested outside the front of detention centres.

At around the same time, she began visiting detainees in Maribyrnong and Broadmeadows detention centres alongside activists from Refugee Action Collective (RAC).

“We bring in food, sit and chat. When you visit you become so incredibly close. It’s like a big family,” she says.

“We’ve [also] got lots of friends that are out that we see. That’s a really strong community.”

“You become close with them not because you feel sorry for them but because they’re awesome people.”

Over the years, she has built strong friendships with a group of Tamil men known as the ASIO cases.

“Up to 60 men, they were all recognised as genuine refugees but they got a negative clearance because they were involved in a civil war.”

“Sri Lanka deemed them as terrorists, so they were indefinitely locked up. Seven years of their life was taken up.”

“There’s this one man, he’s been in there for 8 years. He’s still locked up.”

For Hrysicos, movements and mass street marches are crucial.

“Protests bring people together, they break down barriers. When there’s solidarity, people start to see that it’s not refugees that are the problem, it’s government policy.”

Though at times she feels despondent about the continuing plight of refugees or the greed that fuels the system, Hrysicos takes comfort in those who have come before her.

“I take hope in looking at the strong activists before me that have fought for rights and have never stopped, like the suffragettes, Martin Luther King. It’s a never-ending struggle. I believe that.” 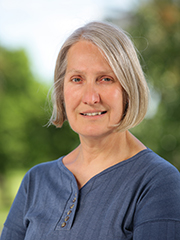 A Moreland councillor and member of the Socialist Alliance Party (of which she is co-convenor of the Melbourne branch and a member of the National Executive), Bolton grew up in regional Queensland.

Her political activism was first stirred by the anti-uranium movement in Queensland in the late ‘70s.

Today, she is heavily involved in grassroots activism and believes that social change can only happen when people get organised.

Her approach to the work she does as a local government councillor reflects this philosophy.

“I see my role as helping residents get organised,” she tells upstart.

“Council is much closer to the community than any other level of government. In other levels of government you can’t turn up to a voting meeting and convince councillors to change their vote or support a different approach on the night.” 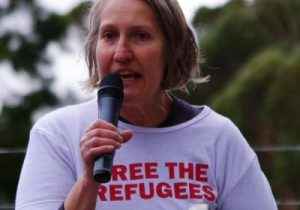 Bolton’s strength is building a movement, bringing people and organisations together, forging links of solidarity and unity.

Whilst her current work as Moreland councillor involves helping people get active, Bolton’s initiatives in the past have had ramifications on federal politics.

Back in 2005, as trade union officer of the Socialist Alliance, Bolton played a pivotal role in building a movement against Howard’s Work Choices.

She worked with unions in Victoria to get motions off the ground for mass protests and then approached unions in other states, building a national campaign.

“We weren’t strong enough to make sure the ALP didn’t sell out when they got into office but if we hadn’t have been there, there wouldn’t have been as many protests as there were.”

Bolton believes protests are critical in any democracy.

“Their importance is more than just their numbers.”

“Just think if we hadn’t have had a refugee rights movement, what that would have meant?”

“We haven’t managed to overturn the policy but we’ve forced the government to make various concessions and keep people in Australia.”

For Bolton, protests are also essential because they bring people together.

“The elite powers are always trying to find angles to break down solidarity between people and I think that’s why it’s really important that on our side of politics we’re doing the reverse and trying to build links of solidarity constantly.”