Australian teenagers are losing sleep to their screen-based devices. 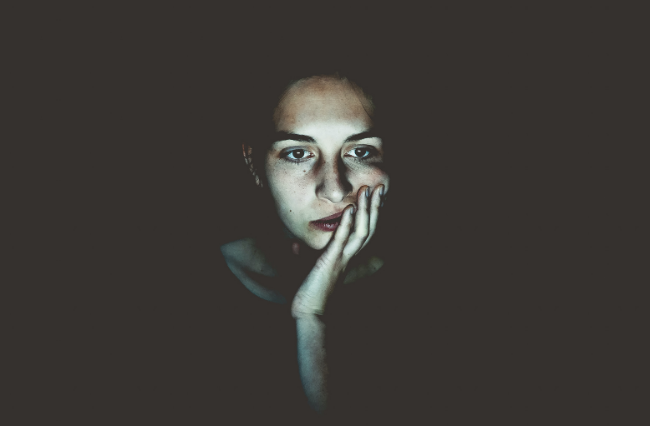 Adolescence is a crucial period of brain development. It is also a vital time when young people experience psychological, biological, and social turbulence that can create an unforgiving cycle of sleep deprivation.

According to the experts, sleep deprived students’ emotional and mental health suffers too, leaving them vulnerable to psychological risks such as anxiety, depression, paranoia, and suicidal thoughts. Chronic sleep deprivation has also been linked to permanent brain damage.

A VicHealth and Sleep Health Foundation study found that the average Australian teenager is losing sleep to their screen-based devices. It found that only receiving between 6.5 and 7.5 hours of sleep a night makes it harder for students to concentrate, learn new things and retain information. This is well under the recommended 8-10 hours of sleep each night and can severely impact wellbeing. The study also found that around 66 percent of young Australian’s experience symptoms of insomnia, and that sleep problems during childhood and adolescence are a predictive of depression later in life.

One issue can be the amount of screen time a person is indulging in before bed. Founding Director of the Sleep Health Foundation, Professor Dorothy Bruck says the blue light emitted from technological devices can trick our brains into being more awake by suppressing the release of melatonin, the sleep hormone in the brain.

“Using the computer screen immediately before bed or even 30 to 60 minutes before bed, will cause a suppression of the melatonin hormone which means that it’s likely to delay their ability to fall asleep,” Prof Bruck tells upstart.

“Students that use their phone immediately before going to sleep can cause them to be a bit hyped up. We like to have people relax in the hour before they go to bed and not be doing work to the last minute.”

According to the Sleep Health Foundation, a survey of over 85,000 teenagers found that using technology at night led to later bedtimes. Screens often increase alertness and reduce the ability to recognise sleepiness at night.

Even young and active Year 12 student Sophie Mott struggles to put her phone down before bed. Arriving late to an interview on her blue mountain bike with wet hair after completing a 200m swim and a depth test that Sunday morning at her lifeguard job, Sophie tells upstart she still finds it difficult to fall asleep at night after being on her phone and that it usually takes her 30 to 45 minutes to fall asleep.

“You don’t really feel as tired, or you really want to go to sleep and then you … tap your phone on and it’s an instant wake up again,” she says. “I guess it’s just part of my routine, it’s an unconscious thing.”

A report by Growing Up in Australia found that most Australian teenagers and two-thirds of primary school-aged children have their own mobile screen-based device. Almost half of all children report regularly using them at bedtime.

According to Prof Bruck, it’s not just the blue light. Another aspect of students using their phones before going to bed is that they’re engaging and stimulating. Unfortunately, Sophie says that being kept up late by her phone impacts her performance in the classroom, particularly first period.

“I don’t feel like I’ve woken up until they say, ‘alright, off you go to do your work’. It takes me an extra half an hour of class time to really feel alert,” she says.

Even though good sleep hygiene is essential for children and adolescents’ development and cognition, Sophie says that educators at her school don’t explain why using your phone before bed can lead to poor sleep quality.

“It has been a reminder that teachers always give us, but no real scientific explanation. It was always just assumed knowledge,” she says.

Studies show that sleep deprivation can compromise the immune system, leaving the body vulnerable to illnesses and the development of serious medical conditions like diabetes, heart disease, strokes, and even early death. Prof Bruck says it’s important adolescents understand the importance of sleep, and the impact of sleep deprivation on their quality of life.

“Young people often don’t realise how sleep-deprived they are … it’s so important for their learning, memory, decision making, creativity and ability to attend. They are often learning to drive at this time. These are really important years, and they need their sleep for that,” she says.

Instead of students using their phones before bed, Prof Bruck recommends doing relaxing activities that will help them prepare for sleep such as having a shower and chatting with family.

ARTICLE: Savannah Pocock is a second-year Bachelor of Media and Communication Media Industries student at La Trobe University. You can follow her on twitter @savannah_pocock

PHOTO: By @niklas_hamann is available HERE and is used under a creative commons license, no modifications have been made.