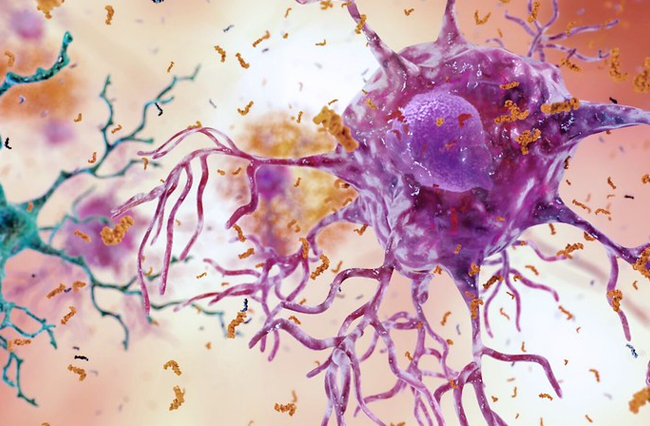 New research has found identical signs of brain damage in both sleep apnea and Alzheimer’s disease.

A team of Australian and Icelandic researchers, led by RMIT University, conducted the study that confirmed the long believed association between both diseases. The results were published in the journal Sleep.

The study investigated the extent of Alzheimer’s-like indicators in autopsy tissue from the hippocampus of 34 people and the brainstems of 24 people with obstructive sleep apnea (OSA) .

Lead investigator Professor Stephen Robinson said scientists have known about the existing relation between the diseases, but they are still trying to determine what propels the connection.

The new research showed that in both conditions these plaques start in the same place and spread in the same way in the brain.

Both tangles and plaques were found to present a stronger association the more severe the sleep apnea was.

Prof Robinson remarked the importance of the study.

“It’s an important advance in our understanding of the links between these conditions and opens up new directions for researchers striving to develop therapies for treating, and hopefully preventing, Alzheimer’s disease,” he said.

The subjects of the research didn’t show any  clinical symptoms of dementia before they died. This suggested they may have been in an early pre-dementia stage.

Prof Robinson outlined where future studies might head towards.

“The sample size for this study was limited, so we would also like to work towards establishing a clinical study with a larger cohort,” he said.

“The next stage for our research will be to continue analysing these samples to get a full understanding of the neuropathology, including signs of inflammation and changes to the blood vessels that supply nutrients to the brain.”

OSA affects more than 936 million people worldwide. Around one in four Australian men over 30 have some degree of sleep apnea.

Alzheimer’s is the most common form of dementia, affecting up to 70 percent of all people with dementia. Age is the biggest risk factor for developing the disease.

Photo: Brain Inflammation from Alzheimer’s Disease by NIH Image Gallery available HERE and used under a Creative Commons Attribution. The image has not been modified.