Video games continue to make headlines in the lead up to the Christmas rush, but tabletop gaming is a popular underdog, writes Dominique McCusker. 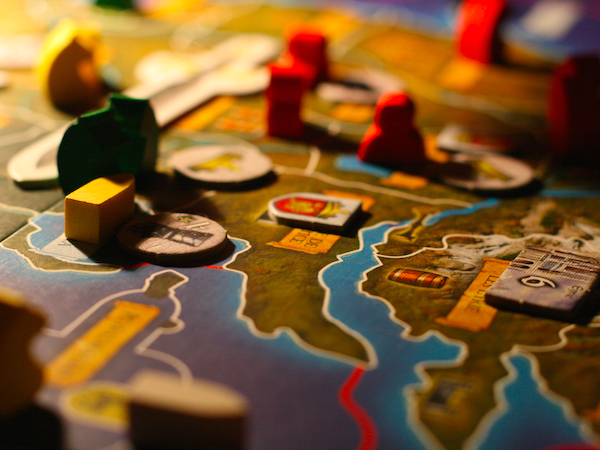 With Christmas sales looming in the not-too-distant future and frequent headlines of the ever-expanding capabilities of virtual reality technology, it would be easy to assume that the future of gaming lies in video games and other screen-based adventures. To do so would be to underestimate the popularity of tabletop gaming, which comprises of board and card games.

While it’s clear that the video game market is skyrocketing, the world of tabletop gaming has quietly but strongly grown in numbers, with chain retailer EB Games dedicating a section of its sister company ZiNG Pop Culture to board and card games.

Weekend-long conventions like the Penny Arcade Expo (PAX) have also made a massive contribution to developing the gaming world in all directions. PAX Australia is set to open its doors later this week, and already is aiming to break attendance records, with three day passes completely sold out.

“This year’s PAX Aus is set to be the biggest yet, with a weekend that gives players hands-on access to this holiday’s slate of anticipated titles,” PAX founder Jerry Holkins said.

“Gaming is a global culture, and for the weekend of PAX Aus, its capital is Melbourne, Australia.”

The layout of the convention divides the venue into distinct categories. There is one for video gaming, but also a significantly large one for tabletop games.

The tabletop games area is a space where established game vendors such as Mind Games can sell classic and well-known games, but also an area where entrepreneurial game developers can showcase their newest creations. Games like Melbourne-born Suddenly Drunk have achieved phenomenal success at gaming conventions, having sold out completely at last year’s Melbourne PAX.

Attending PAX this year amongst thousands of others is Matt Swanson, a self-proclaimed tabletop enthusiast, who has been collecting games for over eight years.

“My first game was Monopoly – I think everyone’s was – and I remember enjoying it a lot more than the video games we had,” Swanson tells upstart.

“Then around eight years ago I played Settlers of Catan at a mate’s place, and that familiar feeling came over me. I went out and bought it the next day.”

He now has 47 games in his collection, taking up an entire bookcase in his living room. He hosts a games night every fortnight with his friends, where they settle in for a few hours to battle it out.

“I prefer tabletop gaming because it’s more of a bonding experience. Shooting someone on a screen can be fun, but sitting down with people for a couple hours and seeing how they strategise is so much better.”

Swanson says he really enjoys conventions like PAX, and he hopes to someday travel to America for the conventions that are held there, as he is always on the lookout for games with new and unique experiences.

“I saw the one on social media recently, about the game that would teach people about how periods work,” he says.

“I don’t think that game is for me, but it’s positive to see that developers are trying to make it a learning opportunity too.”

It’s arguable that these kinds of games should be most welcome in modern day society, with Co-chair of Board Games Australia Dr Richard Vickery stating earlier this month that board games are beneficial to children’s education.

“It’s creating worlds and sparking that creativity that we as teachers try to sustain,” Vickery said.

With these things in mind, gamers of all ages should not overlook tabletop gaming in blind favour of the more flashy video gaming opportunities. Board and card games have grown a large subculture within gaming, and for those who are willing to roll the dice, enjoyable memories are sure to ensue.