The AFLW's role in the stand for better female representation in Australian media. 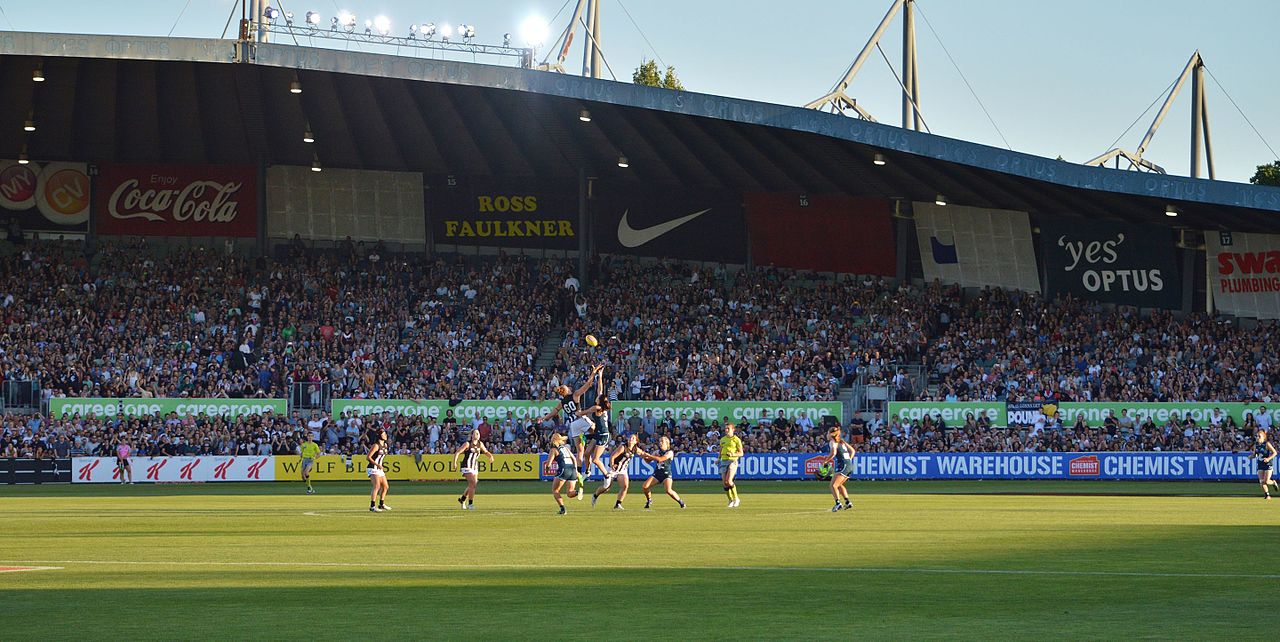 The introduction of the AFL Women’s league in 2017 has allowed some amazing opportunities and experiences for women in sport.

One of the most exciting aspects of the AFLW league was the amount of support it amassed Australia-wide.

Female discrimination in sporting media is still something that needs to be addressed.

Male dominance is not just shown in the journalistic side of sport; it’s 2017 and female sportswomen still don’t get the same media coverage as their male counterparts.

“I believe that the media in general, not just sports media, should reflect the diversity of the society we live in,” Alison Smirnoff, founder of Change Her Game, tells upstart.

“If the same type of person dominates the media landscape; in sport’s case: white, middle-aged males, then the conversation can often remain the same.”

A capacity crowd of 24,568 attended the historic AFLW opening match between Carlton and Collingwood at Ikon Park in North Carlton on 3 February, with more than 2000 spectators turned away at the doors due to a declared lockout. 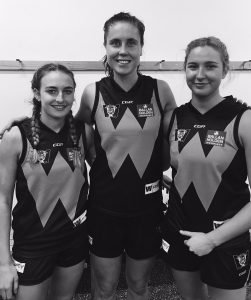 According to the AFL website, an estimated 896,000 TV viewers Australia-wide tuned in for the match, with metropolitan Melbourne’s viewership (424,000) matching that of many Friday night AFL games.

“I would say the most groundbreaking aspect of the AFLW would be the level of mainstream media coverage,” Smirnoff says.

“To have every match televised in a women’s sport league is quite unprecedented in this country.”

Gena Lawson-Tavan, a player for the Darebin Falcons in the Victorian Womens Football League (VWFL), tells upstart that the opportunity for herself and other generations of women to play AFL professionally is something that makes her really happy and excited.

“I think the most exciting part (of the AFLW) is that there is now an attainable pathway to play professional football,” she says.

In a bid to make the Western Bulldogs’ AFLW theme song more inclusive, the club debuted a revised version of the club song ‘Sons of the West’, singing ‘daughters’ instead.

“They (AFLW players) are proving that any sport, whether it’s a contact sport or not, is accessible to girls and women and that audiences are ready to support it,” Smirnoff says.

While there are more women in sports journalism than ever before, the industry still has a skewed ratio of male to female journalists, as well as an unbalanced broadcast time between male and female sports.

“I feel like most women in sport have had to put in more effort to get recognised, often because of the lack of adequate representation of women’s sports in society in general,” Lawson-Tavan says.

“Women’s sport is gaining rapid popularity, which is evident by the radical increase in women’s teams across Australia, attendance to AFLW games and TV viewings of these games, however advertisement is still quite minimal compared to men’s footy.”

Coverage of AFL women’s games in the past has proven Australia’s interest and excitement for a league.

The 2016 All Stars exhibition game between Melbourne and the Western Bulldogs drew a crowd of more than 6000, and more viewers tuned into the women’s game than any other Saturday night football game prior.

Peaking at 1.05 million viewers nation-wide and averaging 387,000 viewers in Melbourne alone, the All Stars game showed that footy fans had a thirst for a female league.

Records were made and broken in 2017 and then broken again, and women of all shapes and sizes have become household names.

“The flow on effect of this coverage is that the players are challenging perceptions of female physicality in the mainstream,” Smirnoff says.

The AFLW ad campaign, I’d Like to See That, shows just one small portion of the importance of female portrayal in sports media.

A modern take on an AFL advertisement from 1994 emphasises how women can do anything they put their mind to and are just as capable as men.

“Much like our gold-medal winning rugby 7s team, the AFLW players are redefining what it means to be a strong female athlete,” Smirnoff says.

The introduction of the AFLW highlights the importance of female representation to young girls and boys, who will be able to grow up with a sport that is gender balanced.

“I think (female representation) is extremely important for the growth of women’s sport but also in terms of gender equality,” Lawson-Tavan says.

“It is so important that as women’s sport grows and becomes more popular and publicised, it portrays women in a way that acknowledges them for their strengths and achievements.”

Sophie Taylor is a third year Bachelor of Media and Communications (Journalism) student. You can follow her on Twitter here: @sophieettaylor.