Behind every tattoo design is an artist that went through an apprenticeship that set them up for life. 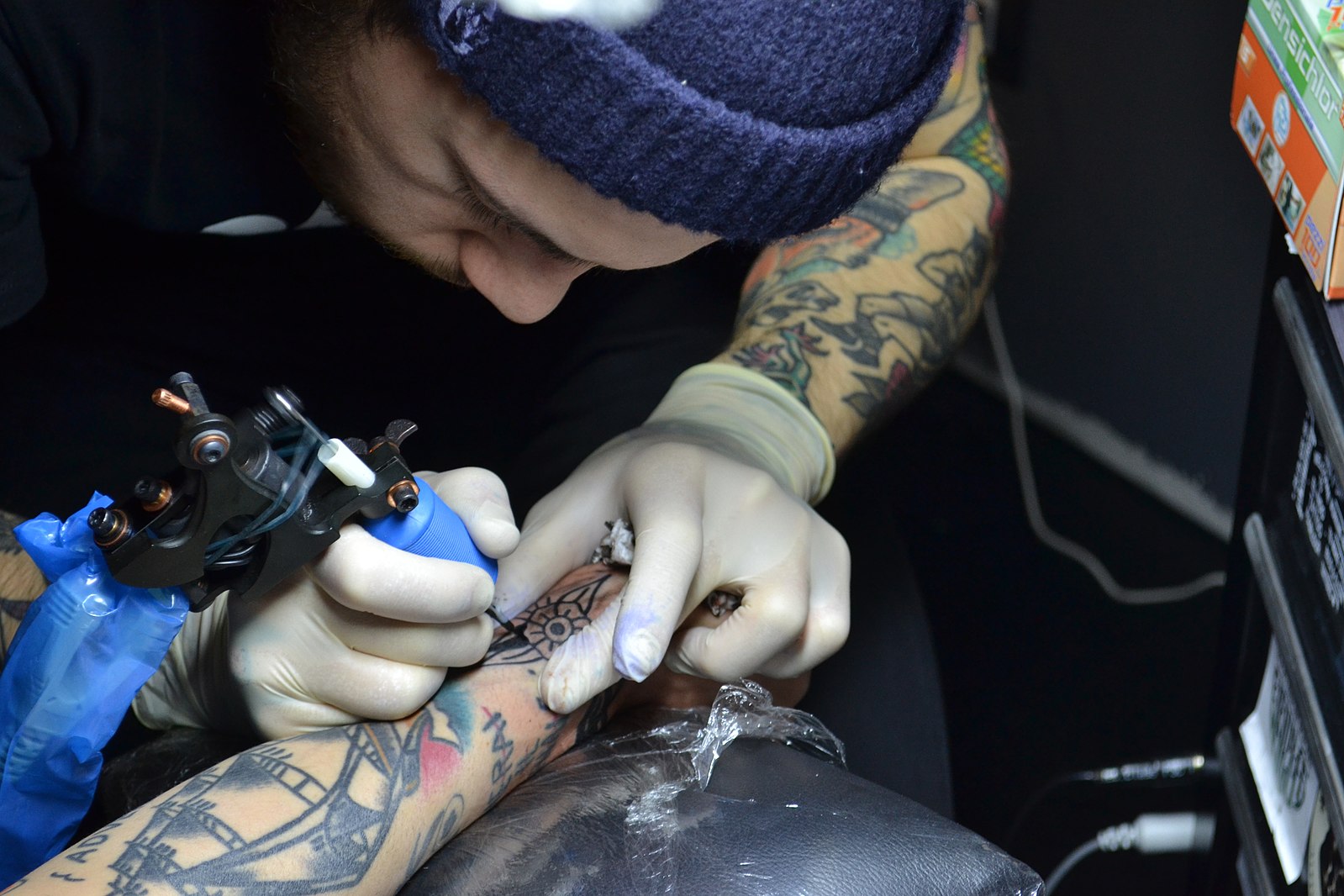 Modern-day social media has helped the tattoo industry to flourish, with an abundance of local artists with different styles and techniques at one’s fingertips in seconds. But how do these artists get their qualifications?

Many use their artistic background and seek an apprenticeship from studios, while some do courses with the Australian Tattoo Academy. Alexi Bouras had no idea what he was getting himself into when he applied for a tattoo apprenticeship with Addikted to Ink.

“I didn’t have tattoos or even have any knowledge about tattooing when I applied,” he tells upstart.

“I got into the industry about eight months ago and didn’t really have any intention to previously. I was working as a graphic/web designer for a digital agency before this, but the business closed due to COVID-19.”

An apprenticeship begins with hands-off learning, including training on safety, proper sanitation, and how to build a tattoo machine. The whole apprenticeship can last between one to three years depending on what speed your mentor chooses to teach you at. Bouras was initially surprised by the workload and believes it a test to see if an apprentice is up to the task or not.

“A lot of people assume it’s just a place to come in and draw but an apprenticeship is a massive test on work ethic and commitment. Long hours, shop maintenance, stocktake, station setup, and homework are your main tasks,” he says.

He is yet to begin tattooing on clients, with the aim to take that next step in his tattoo apprenticeship, tattooing clients for free under the guidance of other professionals. Tattoo apprenticeships vary from studio to studio and from artist to artist. Most artists have a big passion for drawing, which reflects on their artistic portfolio that they present in the hopes of securing an apprenticeship. 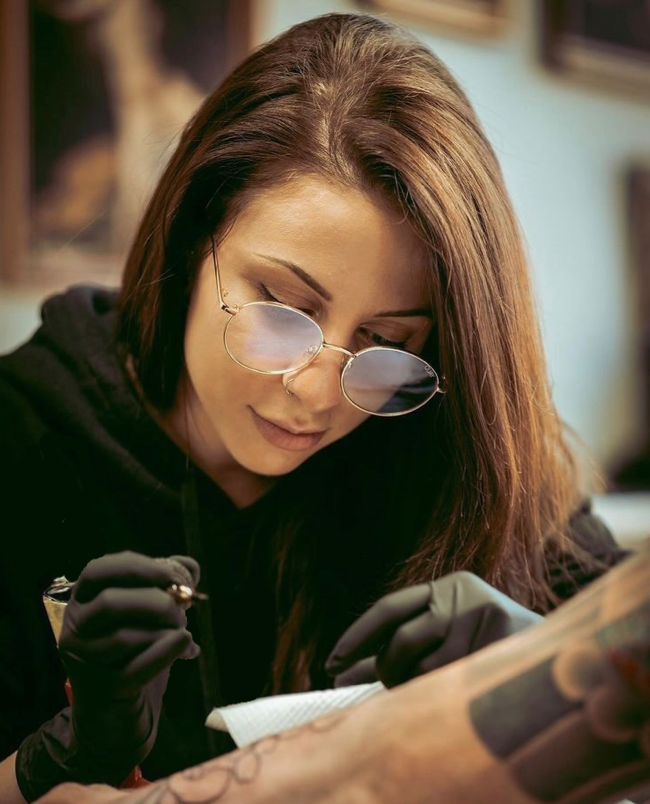 Entering the tattoo industry in 2019 as an apprentice at Here After Tattoo, Elle Rose spent most of 2020 drawing and organising her flash sheets in an attempt to get ahead while the COVID-19 pandemic meant she couldn’t get into the studio.

“I got into tattooing because I loved art and because a lot of people I knew were involved with tattoos in some way, I just kind of fell into it and now I love it,” she tells upstart.

Like Bouras, Rose was taken aback by the amount of work that artists go through to get a design ready, a long process that takes many apprentices by surprise.

“I didn’t realise how much work was involved in tattooing. I f-ken don’t have a life outside of tattooing at the moment. When I’m not in the studio cleaning, organising supplies, and tattooing, I’m at home drawing up flash designs for my portfolio or drawing up my design for my client for the next day,” she says.

Rose is 15 months into her apprenticeship and has now started to grow her artistic portfolio and finalise what style of tattoos she wants to specialise in professionally. With so much variety in styles of tattoos, each artist strives to specialise in two to three styles:  neo-traditional, black and grey, realism, fine lines, trash polka and chicano are just some of the options. Narrowing down on what style she wanted to focus on helped Rose find someone to mentor her while doing her apprenticeship.

“I mainly do neo-traditional and black and grey realism, so once I found Joel’s Instagram (Rose’s mentor) I fell in love with his work, I’ve just annoyed him ever since and that’s how I was lucky enough to get the apprenticeship because he’s f-king amazing,” she says.

As Bouras explains there is always something new to learn, and the studio training allows apprentices to try a wide variety of different styles of tattooing.

“The shop has taught me the fundamentals of neo-trad, illustrative, and realism. There is always a new technique or trick to learn and even when we start tattooing, they continue to guide you into becoming the best artist you can be.” she says.

Professionally known as Beth Tattoo, the Lone Wolf Tattoo Gallery artist now has five years’ experience in the industry after striking a bit of luck in getting her apprenticeship back in 2016.

“Initially I got a job at a local studio that actually advertised for an apprentice, which was unheard of at the time,” Beth tells upstart. 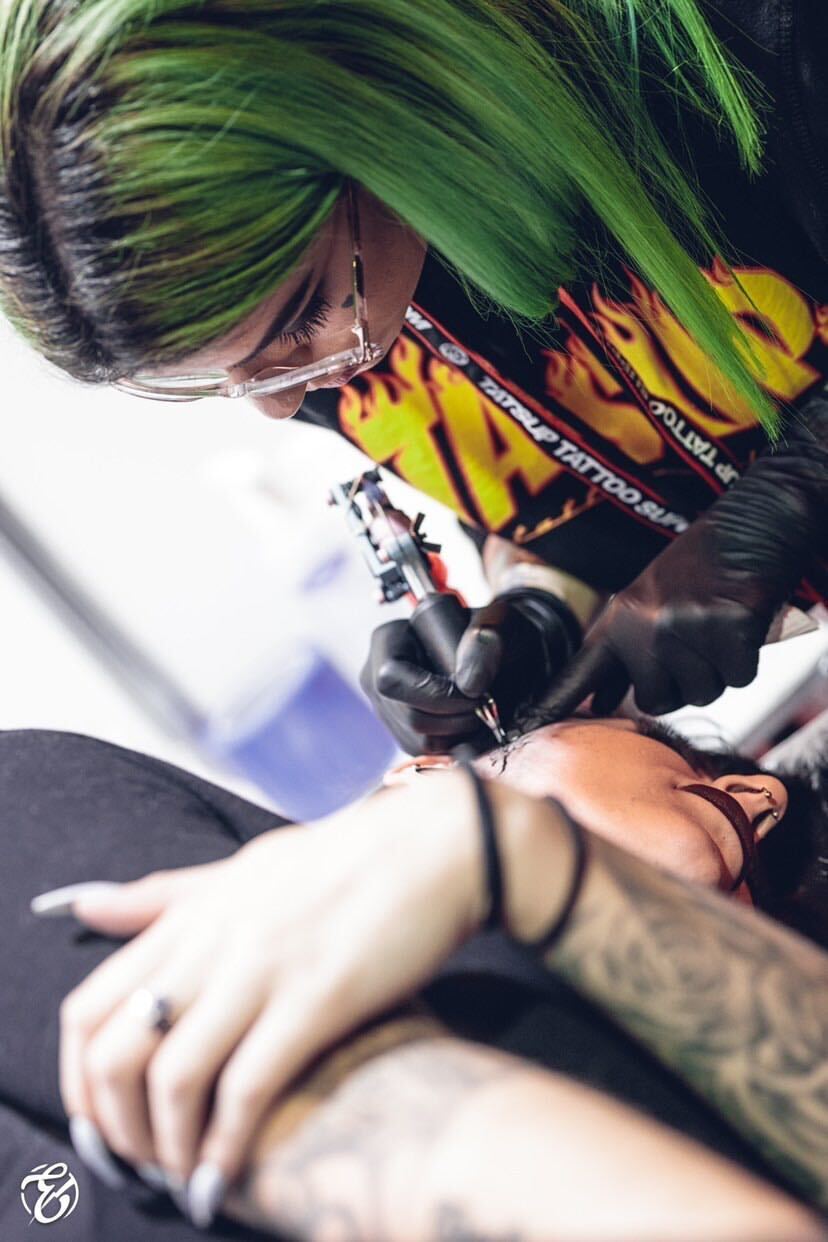 The process Beth experienced during her 13 months as an apprentice is very similar to what Bouras and Rose are going through now: help running the studio, taking photos and videos for social media for other studio artists, get lunch for the artists, drawing and cleaning everything.

However, the big difference between apprenticeships from artist to artist is based on how quickly the artist grows and learns the process, along with how their tattoos continue to improve once they get the approval to start tattooing.

“Once my bosses decided I had proven how much I wanted to be there and learn as much as I could they let me start practicing on fruit and pigskin before tattooing myself as my first piece,” Beth says.

“Tattooing is a commission-based industry, so if you don’t tattoo, you don’t get paid. It’s a massive sacrifice to make to follow your dreams but I wouldn’t change it for anything.”

Looking back at her apprenticeship, Beth says that the best piece of advice she received was, “never give up and prove everyone who thinks you can’t make it wrong. It’s hard, but the rewards are immeasurable.”

“The minute you feel like you have learnt it all, it’s time to quit – I have learnt every single day on the job, and I will continue to learn every day forward,” she says.

Article: Monica Di Battista is a post-graduate Master of Journalism Innovation student at La Trobe University. You can follow her on twitter @mondibatt

Photo: Italian tattoo artist, can be found HERE and used under a Creative Commons Attribution. The image has not been modified.