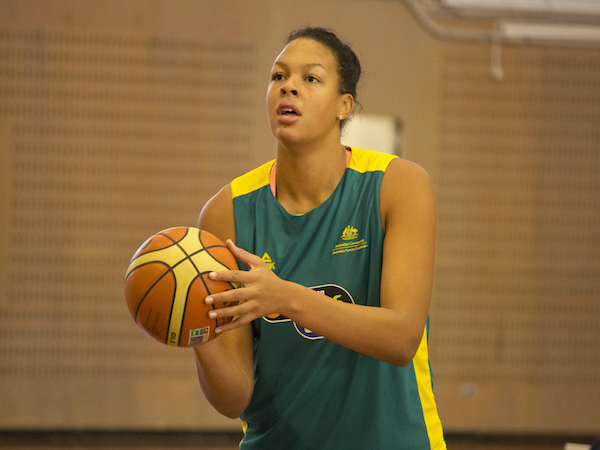 Australia’s top basketball teams, the Boomers and the Jayco Opals, are set to take on the national New Zealand teams at Rod Laver Arena on August 15.

The teams will be without NBA champion Patty Mills and star centre Elizabeth Cambage.

Cambage, who played a pivotal role role in the Opals’ bronze medal win at the 2012 London Olympics, was dropped from the team’s upcoming series after she decided to attend a music festival over team practice.

The removal of these fan favourites from the FIBA Oceania Championships, which also doubles as a Rio 2016 Olympic qualifier, proves how seriously the teams take preparation and team chemistry.

Liz Cambage has been banned from games after attending a music festival instead of the first day of training camp. Too harsh? #SundayServe

An appeal to Basketball Australia to have the decision overturned was denied.

Cambage claims she was a paid guest at the music festival, which was organised before the Opals schedule had been released, but Basketball Australia did not support the notion that such an event could take precedence over team practice.

“Basketball Australia is firmly of the view that national team representation is a great privilege for those athletes who make themselves available for selection,” they said.

Patty Mills’ omission from the Boomers also sparked controversy. The San Antonio Spurs guard had previously stated his intention to play in the Oceania Champion series, but was unable to travel to Europe to play in the practice games against Slovenia and Lithuania.

Mills is currently undergoing treatment on his surgically repaired shoulder. As a result, Boomers coach, Andrej Lemanis, ruled him out of the 12-man squad.

In a recent press conference, Lemanis stressed the importance of these practice matches. “[They are] a good opportunity for the guys to begin to understand one another and how [they] best play together,” he said.

Lemanis said that despite only having four out of a possible seven NBA stars in the team, the Aussies are still in a favourable position.

“One of the strengths of our team now, is the depth that we have,” he said.

Two NBA stars, Dante Exum and Matthew Dellavedova, will take Mills’ place at the point guard position for the Boomers.

The national teams are trying to convey that no individual is more important that the team itself, but they are still receiving criticism for excluding some of their superstar players.

“While Mills obviously strengthens the team on the court, off the court it only makes sense for one of our most successful and recognisable NBA players to play in one of the few opportunities basketball has to showcase itself live on free-to-air on the Nine Network on Gem,” The Pick and Roll said.

However, this newfound team-first approach may prove successful in the long term as Australian basketball talent continues to develop.

The Boomers, who have seven Australian NBA players who qualify for selection, may have two more NBA prospects, Ben Simmons and Thon Maker, who are eligible to be drafted next year.

Despite not being able to wear the green and gold this month, both Mills and Cambage are likely to represent Australia at the upcoming 2016 Olympics in Rio de Janeiro.

Basketball Australia was fortunate enough to secure live coverage of the event with the Nine Network, so the games will be broadcast on free-to-air television.

Jed Lanyon is in his first year of a Bachelor of Media and Communications degree (Sports Journalism) at La Trobe University. You can follow him on Twitter: @JedLanyon