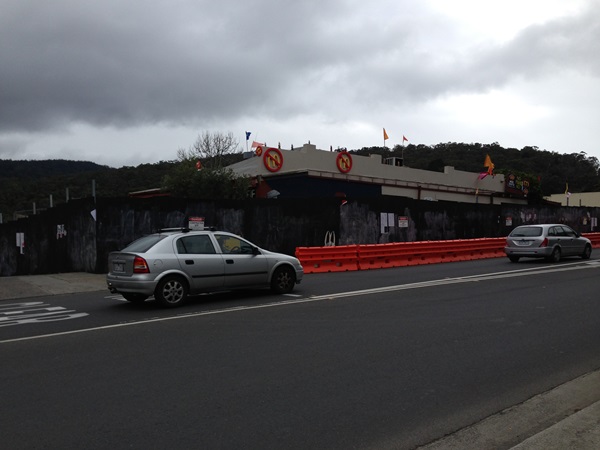 The traditionally sleepy suburb of Tecoma, in Melbourne’s east, has gained national media attention as protesters have aggressively fought McDonald’s plans to construct a store along the town’s main street.

“Resistance is fertile” is a phrase that has been coined by those opposed on their official website burgeroff.org. Marches have been held, placards waved and it is believed that even local MP James Merlino has objected to the development.

Letters have been submitted to the state government and an alleged 60,000 signatures have been collected through a digital petition on change.org.

Yet McDonald’s has the legal right to be there.

The Victorian Civil and Administrative Tribunal (VCAT) approved plans for the McDonald’s restaurant and drive-thru facility on 10 October 2012, but protestors have continued to detest the restaurant – citing a number of reasons including increased pollution, traffic, its close proximity to a primary school and McDonald’s potential expansion into other areas of the Dandenongs.

So, is McDonald’s a powerful global entity ignoring hardworking locals and opening an eatery that will destroy a small town, fatten its children and ruin the locale of Tecoma?

The small string of shops that forms Tecoma’s retail hub is home to a number of restaurants and fast food outlets. Pizza, chicken and fish and chip shops are popular. Were large, lengthy and illegal protests (see “The Tecoma 8” for an explanation) held when it was announced that these businesses were going to open? Doubtful.

Democracy is another key factor behind the “anti-McDonald’s” argument.

Interestingly however, as much as residents have the freedom and right to express their opinions about changes within their community, much of the clan’s voice seems to be coming from across Victoria.

In fact, in a newsletter sent from “No Maccas In The Hills” to all protesters, the author – who conceals their real name – gleefully thanks “visitors from far away as Mt. Martha. More visitors welcome!”

Recruiting demonstrators from areas as far away the Mornington peninsula increases traffic and congestion in Tecoma – something the protesters are actively trying to reduce. And the question must be asked, would people living in these areas really be affected by a fast food outlet in the outer eastern suburbs?

On visiting Tecoma, there were approximately five protesters encouraging motorists to blare their horns in support. That alone is noise pollution and the promotion of an illegal act, as drivers are not permitted to honk their horns aimlessly. A number of traders were consulted, many of whom said that they did not have a strong opinion on the project.

One retailer indicated she and many other locals had become frustrated with the crowd, emphasising that they are not protesting against McDonald’s in Tecoma but the concept of “capitalism”. The woman also added that she and many others would take their children to McDonald’s if it did open.

Macca’s may even attract tourists into some of the quaint boutiques that are dotted along the neighbouring shopping area. More beneficially to residents, it will also provide many locals with employment opportunities.

Tecoma locals may or may not want a McDonald’s in their town, but for now, the protesters’ argument simply doesn’t stack up.